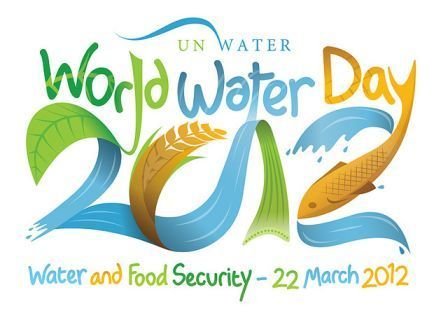 HAPPY WORLD WATER DAY !!!!!!
Water, a precious resource for life, is getting depleted every day . For our future generation to survive, conserving water now is the “ Need of the hour ”. With this in mind, 22nd March, every year, is observed as “WORLD WATER DAY” all over the World for creating awareness amongst mankind for saving water.

We are aware of the consequences & the importance of water conservation.
Hence, on the occasion of World Water Day, i urge one and all to come together and consciously support the cause of spreading the message of “save water today for better a tomorrow”.

“WATER IS LIFE”
Treasure for Next Generation : Save for Them !!!

Recently I visited Chilka lake in orissa which is very huge and connecting 3 districts and if such lake is available in tamilnadu I am sure there will not be any water problem in Tamilnadu.

Alas, the govt. of orissa is not properly maintaining the same and I do not know whether they are using the same for drinking?
OP
OP

Water is a resource, until now it has been used purely as gift, and misused. It should be treated as a precious commodity and used accordingly.

Of the total water available on earth's surface only 2.5% is freshwater. 97.5% is salt water. Less than 1% of this amount is frozen in ice caps or exists as soil moisture. Water scarcity has emerged as a major problem these days. Infact, the world is facing a global freshwater crisis. It is estimated that 110,000 cubic km of precipitation falls on the world's continents each year. Major portion of the precipitation flows through rivers, some is absorbed by plants or evaporated back into the atmosphere. Around 9,000 cubic km of freshwater is readily accessible for human use.

Freshwater sources are dwindling over the years. The main factor behind this is fast growing populations. From the World Freshwater Resources Map, it can be seen that freshwater distribution around the world is quite uneven. Middle-East and some countries of Africa face acute water shortage. Freshwater resource is a finite resource and should be used properly to avoid its shortage in the future.
OP
OP

The world's water crisis is so severe it could take almost 30 years to eradicate hunger, the United Nations says. - BBC NEWS

It believes the goal of halving the proportion of hungry people by 2015 may be unattainable.

By 2020, the average water supply per person worldwide is expected be a third smaller than now.

The UN says political inaction and a lack of awareness are worsening the crisis.

The warning comes from the World Water Assessment Programme (WWAP), which combines the efforts of 23 UN agencies. It is based in Unesco, the UN Educational, Scientific and Cultural Organisation.

The programme has prepared a report - Water For People, Water For Life - for the third World Water Forum, to be held in the Japanese city of Kyoto from 16 to 23 March.

The report's chapter on agriculture says about 25,000 people die daily from hunger, with an estimated 815 million people.

Of the 27 Asian cities with population of over 10 lakh (1 million), Chennai and Delhi have been ranked as the worst performing metropolitan cities in terms of water availability per day, while Mumbai is the second worst performer, and Kolkata the fourth worst.

The statistics on water shortage are alarming. By 2050, there will be 2.5 billion more people on the planet and a good majority will be born in nations already facing a terrible water shortage.
Water shortage has already led to a growing number of conflicts across the country, with 90 per cent of India's territory served by inter-state rivers.


India's supply of water is rapidly dwindling primarily due to mismanagement of water resources, although over-pumping and pollution are also significant contributors.

In India, there are numerous expert government committees to look at water supplies and management, yet there has been no progress. The situation is just getting worse. Experts say water should be priced higher just like electricity for people to use it more judiciously.