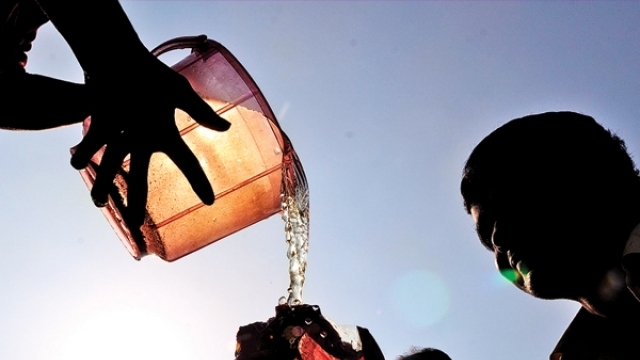 Papua New Guinea is the most difficult and expensive place in the world to access clean water, forcing the poor to spend more than half their income on this essential resource, a charity said on Tuesday.

Some 650 million people do not have access to clean water, and often have to make do with much less than the 50 litres per person per day the World Health Organisation says is necessary for domestic use and to maintain health and hygiene, Water Aid said.
Lack of access to an affordable, convenient source of clean water is one of the biggest barriers to escaping a life of poverty and disease, the charity said in its report "State of the World's Water 2016".
An estimated three out of four jobs globally are dependent on water, meaning that shortages and lack of access are likely to limit economic growth in the coming decades, according to a United Nations report, also released on Tuesday.
[h=3]Below are some facts about the cost of water and access to it.[/h] * In Papua New Guinea's capital Port Moresby, it costs a poor person 54% of a day's earnings to buy the recommended minimum 50 litres of water from a delivery service.
* In Madagascar's capital Antananarivo, the cost of buying 50 litres of water from a truck is 45% of a person's daily pay, while in Ghana's capital Accra it is 25%.
* A British person earning the minimum wage spends 0.1% of a day's pay on 50 litres of water from an official piped supply. Average use is about 150 litres per person, per day.
* In Mozambique, families relying on black-market vendors will spend up to 100 times as much on water as those reached by government-subsidised tapstands.
* Papua New Guinea, Equatorial Guinea and Angola have the lowest percentage of households with access to clean water in the world.
* In 16 countries, some 40% or more of the population do not have access to clean water.
* Cambodia, Mali, Laos and Ethiopia have made the greatest improvement in increasing access to water.
* Despite much progress, inequalities persist even in nations that have made great strides, the poorest often paying the highest percentage of their income on water.

Breaking Delhi's water mafia: How access to clean water got political in India

As the clanking metal tanker turns into the gravel road, women carrying large plastic barrels vie to be first in line for the delivery. Within minutes, residents of this corner of Sangam Vihar, a sprawling unofficial settlement on the edge of Delhi, have attached a plastic pipe to the container, taking turns to drain its precious cargo: clean water.

Suddenly, a motorbike shoots into the alley, runs over the tube and punctures it. A jet spurts into the air, throwing the women into hysterical panic. "This tanker only comes once every 15 days. It's not enough for us!" says Mamta Devi.

Like a quarter of Delhi households, Ms Devi and her neighbours get no piped water into their homes, forcing them to rely on ground water from bore wells, or on tankers bringing supplies from outside.

This tanker's treated water is government-supplied and free, part of an attempt by authorities to break the stranglehold of what locals call the "water mafia" - those profiting from Delhi's acute water shortage.

The Indian capital's inability to satisfy its burgeoning population's need for water mirrors the situation across the country where 76 million people, the highest number in the world, lack access to safe water, according to a report released by WaterAid. A 2013 audit of Delhi's water system found it provided 200 million gallons less per day than its 17 million residents require. In Sangam Vihar, opportunist businessmen cashed in on the discrepancy, digging their own illegal wells or seizing official supplies to resell at a higher price, often, some claim, in cahoots with the authorities.

The Aam Aadmi Party, elected to run Delhi last year, has promised free water for all, with pipes into all unplanned residential areas and a crackdown on private suppliers.

"It is totally immoral," says Dinesh Mohaniya, Sangam Vihar's representative in the Delhi assembly, of the water mafia. "Even in India's capital, more than 65 years after independence, we can't provide drinking water to our citizens - it's shameful."

He says more Delhi water board tankers are now plying his constituency, tube wells have been recaptured and put under community control, and a newly extended pipeline is within reach of 70 per cent of the area's people. But many are still forced to supplement supplies from private sources, and some appear untouched.

In Lalita Yadav's neighbourhood, visits by official tankers are rare. She says her household, with a monthly income equivalent to £90, has to pay £20 a month for water from a private well. "I could put my children into a better school with that money," she says angrily. "If we complain, they will cut off our water. For them, it's just a business."
Top Comment

One local supplier, Om Prakash, says he charges between 50 pence and £1 per month to the 100 families who draw water from the well outside his home, but denies he is profiteering and says he sells water at a nominal price. "I consider it a public service," he said. But many bore wells are themselves running dry and much of the water pumped from underground is contaminated, so unsuitable for drinking.

The capital depends on the Yamuna, Ganges and Sutlej rivers of northern India for most of its supply, but years of mismanagement and the city's booming population puts the resources under constant strain. Even those connected to the piped network only receive water a few hours each day.

The city's vulnerability was exposed last month when rioters in neighbouring Haryana sabotaged a crucial canal, leaving millions without water for days. Dinesh Mohaniya says Delhi's water board is focusing on water conservation. But that is not enough. "We can provide pipelines, we can create networks, but we can't create water," he said.