Where Indians and Indians in US diverge

Share:
Facebook Twitter WhatsApp Email Share Link
If Indians could vote in the United States (US) presidential elections, they will probably go with the incumbent, if he (or she and they, someday) was on the ballot for a second term, no matter how poorly the candidate was polling at home.

Indians — not to be confused with Indian-Americans — appear to like American presidents once they get to know them, which can be after a visit or an agreement or just personal charm. That should explain, to an extent, President Donald Trump’s loud and insistent Indian supporters. I have got to know some of them from their angry mails or messages in response to something disagreeable I wrote about the US president.

President Barack Obama finished his sixth year in office in January 2015 with an average approval rating of 42.6%, according to Gallup, which has tracked US presidents for decades. This was the lowest of the yearly averages of his eight years in office. Six months later in June, as his domestic ratings hovered around 45%, a Pew global poll found 74% of Indians approved of Obama and had confidence he would do the right thing in world affairs. Obama’s India visit in January may have played a role but, not entirely.

President George W Bush found his mark with Indians before his own India visit. A 2005 global poll by Pew, such as the one cited above, found 54% Indians approved of Bush and had confidence he would do the right thing in international affairs. By the time he left office in 2008, he had improved his India ratings to 55%, with an India visit in 2006 and the path-breaking India-US nuclear deal in 2008 in between. At home, only 33% Americans said they had confidence in his conduct of foreign relations in the same Pew poll, and clocked up about the same in domestic ratings at 34% in the Gallup tracker.

President Trump had an indifferent start with Indians. He barely scraped by with the confidence of 14% of Indians as a candidate in 2016, in a Pew poll. By 2019, however, 56% of Indians had grown to have faith in his ability to do the right thing on the global stage.

As the number of those sceptical of him remained stable in the poll, he appeared to have made inroads into 67% of respondents who had either refused to answer or had said they did not know him enough in 2016. His Gallup ratings at home, by contrast, have languished in the 40s.

There are very good individually unique reasons of policies, pacts and personality behind the popularity of incumbents with Indians. But collectively, they appear to represent a pattern: you don’t have to try very hard to get the Indians on your side.

But Indians in the US, an estimated 1.8 million Indian-Americans who are eligible to vote, are a completely different story. Many of them, who do not share the enthusiasm of their Indian relatives and friends for the US president, often find themselves yelling at their WhatsApp groups on their smartphones, and tapping out angry rejoinders in all-caps, much like the US president, Covefefe and all. 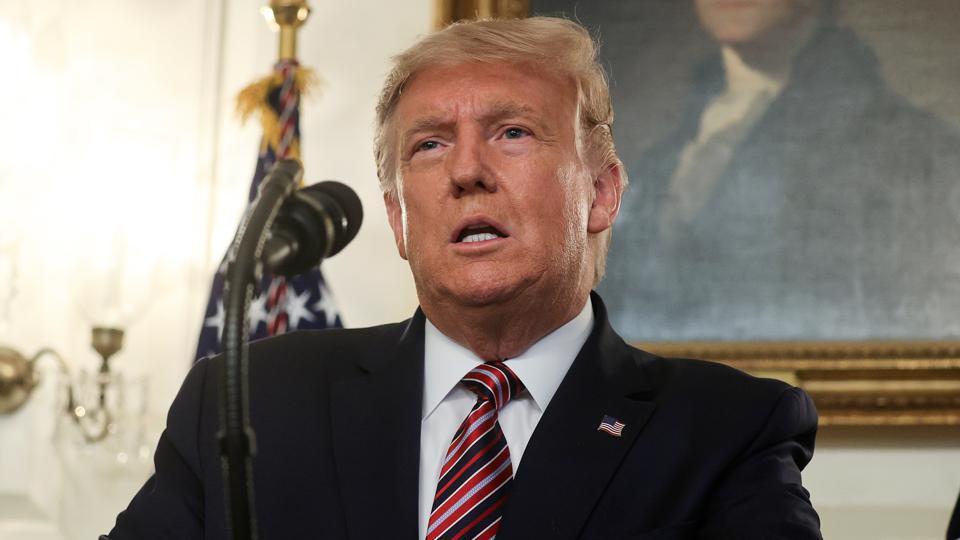 Where Indians and Indians in US diverge

Indians in the US, an estimated 1.8 million Indian-Americans who are eligible to vote, are a completely different story. Many of them, who do not share the enthusiasm of their Indian relatives and friends for the US president

The tragedy of our times is, the educated and highly educated both in india and NRIs in USA have become mobs trolling people on the Internet and abusing people for their divergent views.

And for what purpose are they fighting for ? Any dharmic fight ? Nah, they want all of us to vote for an islamophobic, racist, bigoted president trump instead of rallying towards Kamala Harris and supporting her positive, liberal, inclusive agenda.

Temple where Hanuman is seen crushing Sani Bhagawan under his foot

Is Mesopotamia "the cradle of civilization", meaning the site where human civilization first emerged and developed?

R
Do our sasthras,(smartha) permit or approve the marriage where the bride is elder to the groom