When the State weakens, men become monsters: How long do we have till effigies turn real?

Share:
Facebook Twitter WhatsApp Email Share Link
In Karnataka jihadis have hanged an effigy of Nupur Sharma. Everywhere riots with
Jihadis baying for the head of Nupur Sharma for quoting exactly what was written in Hadith and morons here instead of condemning such barbarism against her are continuing their propaganda. Nupur Sharma, blasphemy, and the 'secular democracy': How long do we have till effigies become real

The effigy is not real, not an actual person. But while we stare at it, thousands of people are running wild all over India, declaring that they want the real Nupur Sharma hanged, beheaded and brutalised. | OpIndia News 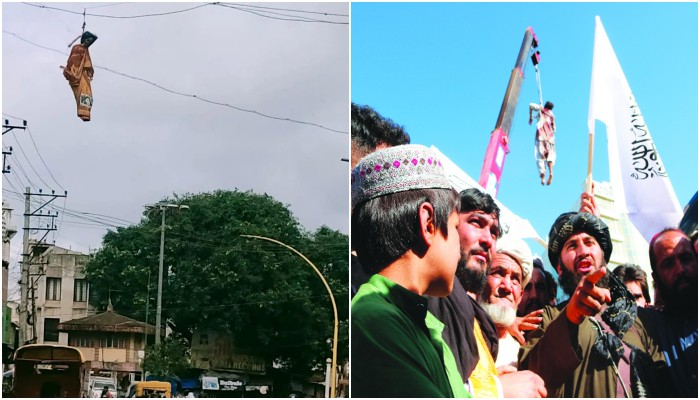 I have no doubt there is very little difference between what the jihadis want and what morons who have reduced this forum into a propaganda against Hindus want. They are just both sides of the same coin.

The thing is, while this article is being written, as of now, there are thousands of people running wild all over India demanding that they want to see the real Nupur Sharma hanged, beheaded, limbs chopped off and worse. Many of them would like to see her raped first. That scary effigy is a declaration of intention.

Just yesterday, a mosque in Jammu blared from loudspeakers that Nupur Sharma should be beheaded. It also announced that Hindus, since they ‘drink cow urine’, are not fit to be considered on par with Muslims.
Click to expand...

Can a state popularise atheism? Supreme Court’s notice to Ta ..

Will TTD sell gold and deposits or approach state for staff salaries?

2 lockdown violations that reveal the weak spot of Indian State