The myth of India’s low income tax base

Share:
Facebook Twitter WhatsApp Email Share Link
In our country of 130 crore Indians, only 1.5 crore pay income taxes. Millions evade taxes,’ said Prime Minister (PM) Narendra Modi, while launching a platform for “Transparent Taxation” recently. The PM is not alone in this belief. Most political leaders, commentators and analysts share this conviction. This is one of the most perpetuated notions about India’s taxation. With the precipitous fall in India’s Gross Domestic Product (GDP) and the gravest economic crisis in history, the income-tax payer base will only shrink further.

The belief that India has very few taxpayers and millions of people routinely hide their income has been the underpinning for the country’s onerous income tax administration and a consequent mistrust of citizens. The income tax department has a Tom and Jerry relationship with taxpayers, indulging in an incessant chase of people under the conviction that nearly every Indian has large amounts of income stashed away in a secret corner.

This belief was also the rationale for the 2016 demonetisation blunder, independent India’s worst economic policy decision. But this widely held notion is one of India’s costliest and most harmful myths. A small percentage of working Indians pay income tax because that is how India’s tax structure is designed and not because millions evade taxes.

Only those that earn an income above the income tax threshold are liable to pay income tax. As per the current structure, only those earning more than around five lakh will effectively pay an income tax.

Over the last three decades, India has raised its income tax threshold 13 times while China has raised it only thrice in the same period. Little wonder then that China’s share of income-tax payers grew from 3% in 1986 to 25% now while India’s has remained stuck at 3%. India’s tax policy has ensured that most Indians remain outside the income tax ambit. So, the incessant grumbling and insinuation that millions of Indians evade income taxes is facile.

Is it possible that India’s per capita income is artificially low because millions hide their income? No. Even if millions of people hide their incomes from tax authorities, it will be accounted for in India’s GDP and per capita income data since they will use this hidden income to eventually spend on goods, real estate, gold and so on. It cannot be the case that millions of hoarders are stocking piles of currency notes in an attic every year without ever using it and even in that case, it will get accounted for in the “currency in circulation” data provided by the Reserve Bank of India.

If one believes in India’s GDP, economic and per-capita income data, then one has also to accept that under the current income tax laws, only 3% of working Indians will qualify to pay income taxes. There is nothing spurious or suspicious about it. To be clear, there are surely income tax evaders in the country, but not tens of millions of them, as perceived.

That a small fraction of working Indians pay income tax is a fact. But the corollary that millions evade income taxes is a myth. This myth has spawned a policy goal to unearth the hidden incomes of the phantom millions of tax evaders, which in turn led to foolhardy decisions such as demonetisation and has created a climate of mistrust, tax harassment and a heavy-handed state.

The key to widening India’s income tax base is in keeping the income tax exemption threshold unchanged over many years, not in policing credit card bills, flight tickets, hotel stays and harassing the 3% of working Indians that fall within the income tax ambit. 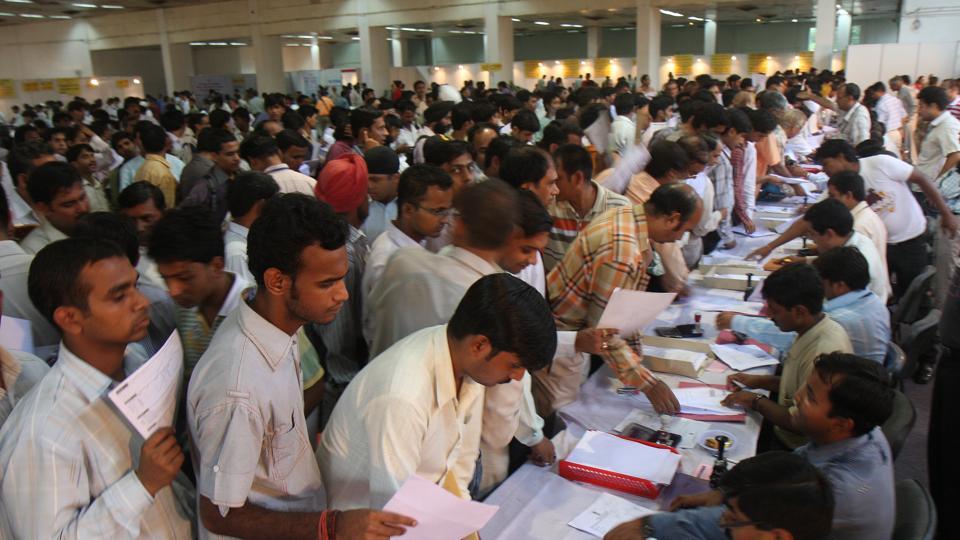 The myth of India’s low income tax base

Given India’s GDP and per capita income data, and the tax threshold, its taxpayer base is right

The Prime Minister has drawn attention to the fact that only 1.5 crore people in India pay income tax. He is right to complain, since more than that number buy two-wheelers in a year. The two-wheeler population is about 18 crore. The cheapest scooters cost about Rs 50,000, and the more popular models cost over Rs 65,000. It is therefore not unreasonable to expect that someone earning enough to own a scooter or motorbike should be paying income tax. Unfortunately, less than 10 per cent do.

So Narendra Modi is right to complain, but he is the wrong person to be doing it. For, while Modi puts the blame on citizens for the small number paying tax, asking them to pay taxes honestly, he should also be blaming himself or his finance minister of 2019, who in the run-up to the Lok Sabha elections that year exempted from tax all those earning up to Rs 5 lakh. That allowed a reported three-quarters of all taxpayers to get out of the tax net. Pre-election giveaways are par for the course, but Modi should be conscious that it was his choice to slash the number of taxpayers from 6 crore to 1.5 crore.

International comparisons are instructive. In the US, a single person starts paying income tax at an income level of about $12,000 (approx. Rs 8.6 lakh), which closely parallels the level of the poverty line for an individual. Couples filing together must earn twice that before they are obliged to pay tax. Importantly, the tax-paying threshold is about $25,000 (Rs 17.9 lakh) for a four-member family, broadly the same level as the poverty line for such a family. There is logic to these numbers. The implicit principle seems to be that once you are above the poverty line, you should pay tax. That is the picture in the UK as well. While the country has many definitions of poverty, tax kicks in at broadly the level of poverty line income, which is about £12,000 (Rs 11.2 lakh).

Compare this with India, where the tax-paying threshold is now multiples of the income for a family at the poverty line. It is also twice the level of the household income for an average family of four, at about Rs 2.5 lakh. This figure was in fact the tax threshold until a year ago, before it was doubled to Rs 5 lakh. The primary problem, therefore, is not with the taxpayer; rather, it is with the tax rules that have taken the tax threshold to much too high a level. You would quadruple the number of people paying tax if the tax threshold were to be reverted to its earlier level.

There is an issue with the tax rates as well. India starts with 5 per cent, whereas in Britain the lowest rate of tax is 20 per cent. In the US, it is 10 per cent at the federal level, plus varying rates at state levels. Here, according to the latest rules, you have to reach Rs 10 lakh, or four times the annual income of an average family of four, before you start paying tax at 20 per cent. The fact is that income tax rates in India kick in at too high an income level, and at unusually low rates.

The government’s other failure, it would seem, has been to carry through the cross-checking of tax returns with the spending and saving habits of the individual concerned — like foreign travel, vehicle ownership, and level of electricity consumption. Since the permanent income tax number has to be disclosed for most high-value transactions, effective cross-checking should have been able to catch most tax evaders. While it is indeed true that demonetisation and other measures sharply increased the number filing tax returns, the overall situation today is manifestly disappointing.

The Prime Minister is therefore right in what he said. But it is his government that has added to the problem. And it is in its power to change the situation — if it has the stomach to ignore the inevitable howls of protest from a very vocal middle-class. 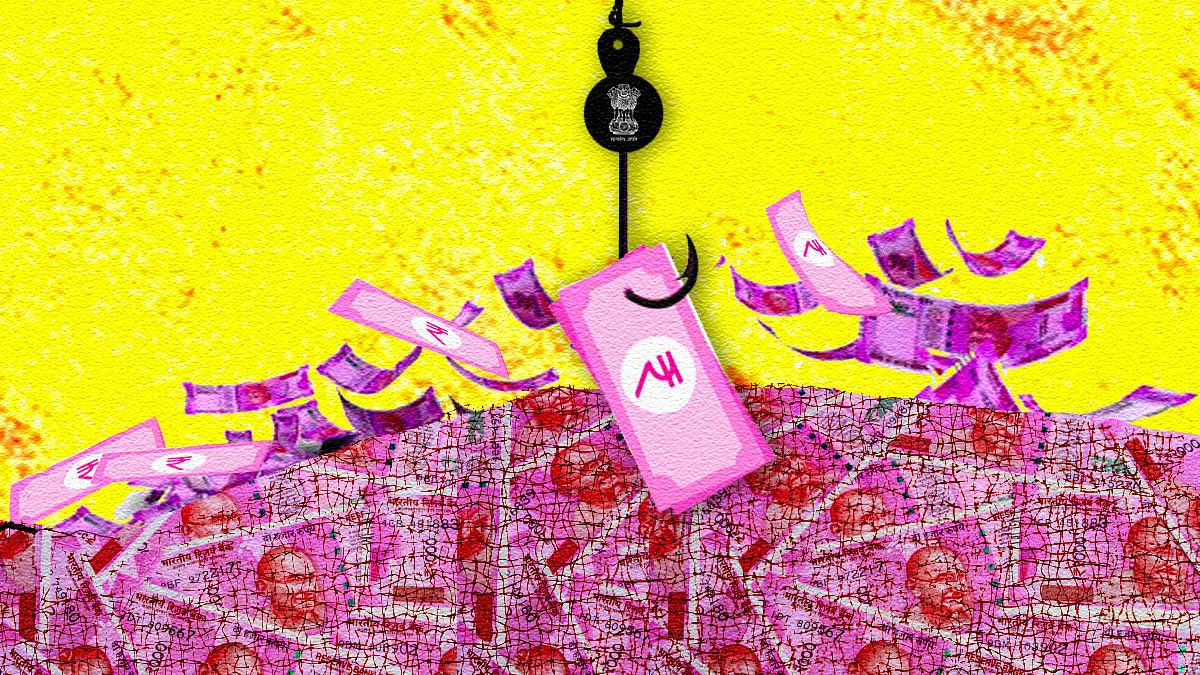 Modi is right to complain about the low number of taxpayers, but it is his govt that doubled the exemption threshold to Rs 5 lakh ahead of 2019 polls.

With high inflation and weakening rupee the real income of most has shrunk.
Rupee has been weakening at 3 '5:% against dollar .Food inflation is high.
Indirect taxes affect all .
So there there is a case for abolition of income tax except for HNI.
Covid has driven another 10% below poverty line.
No sense in comparing with US or western economy.
K

Centre and states collect revenue thru petrol and diesel pricescand tax on liquor.
This they spend on social sectorv schmed for the poor.
There is a case for abolition of income tax for all except HNI.
Indi
K

In india there are two classes
Those who are covered by the rationing syatem for subsidised rice and wheat and sometimes pulses.
Then there are others getting from open market.
As is to expected ration shop owners do not either supply properly and divert to open market for gains.or make the public make multiple trips for their grains
Poor availing rations suffer at the hands of these ration shop owners.Corruption is rampant here.
South india is better than north.
K

Govt is slowly doing away with the rationing system to direct cash transfer to poor.
Rationing is a left over concept of british era.
With abundent food grains it is sensible to do away with dual pricing.
K

India opened out in early nineties to global entitiestoo fast and exposed its poor.

The organised sector got protected thru wage increases SA etc and unorganised like domestics suffered.

Now the rich poor divide is much more
K

In indian metros there are two clear classes.The haves with houses cars servants and they are well educated well paid with access to good health care and higher education The other in slums with access to education in govt schools health care from quacks no cover for hospitalisation or insurance. They co exist
OP
OP

In our country of 130 crore Indians, only 1.5 crore pay income taxes. Millions evade taxes,’ said Prime Minister (PM) Narendra Modi, while launching a platform for “Transparent Taxation” recently. The PM is not alone in this belief.
Click to expand...

In .UPA there were stalwarts like MMSingh Chidambaram and Rbi governor Raghuram Rajan .Modi is not so lucky to get good talent in finance
So his speech cannot be taken at face value.

C
Myth that brahmins are not great at business.