Reacting sharply to Jammu and Kashmir government’s decision to withdraw security cover for five separatist leaders, the Hurriyat Conference said they had never sought it at the first place. Notably, the Jammu and Kashmir administration has issued orders to withdraw security of five separatist leaders, including Mirwaiz Umar Farooq in the aftermath of deadly Pulwama attack that claimed lives of 40 CRPF personnel on February 14. 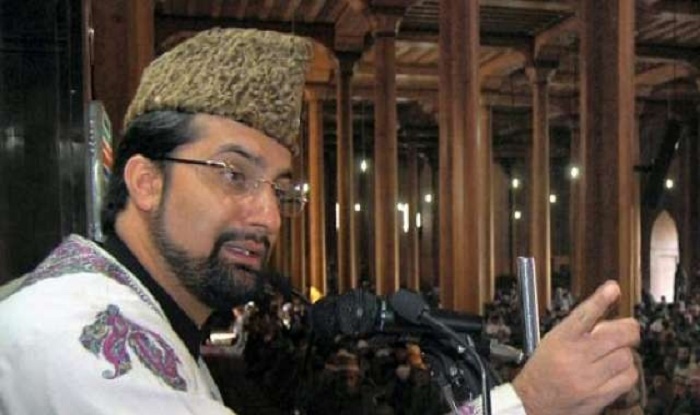 
Why can we not legally expel them from the country?

Congress leader Manish Tewari has urged the Centre to take stringent action against Pakistan with regard to the Pulwama terror attack, asserting that Jaish-e-Mohammed, which claimed responsibility for the attack, enjoys “close ties” with Pakistan Tehreek-e-Insaf (PTI).

Speaking on the sidelines of a book launch here on Saturday, Tewari said, “We are continuous of the opinion that this is a ghastly attack and Jaish-e-Mohammad, which has taken responsibility of this attack, has very close ties with Imran Khan’s party the Pakistan Tehreek-e-Insaf (PTI). Hence this makes Pakistan government responsible for this attack and whatever action the Indian government takes, we are with them.”

He also outlined that the person behind the attack was the same terrorist whom the previous NDA government had released in Kandahar. “Why did this attack happen and what were the lapses needs to be investigated. However, the person behind this attack is Maulana Masood Azhar, the same man whom the previous NDA government has released in Kandahar. It is important to settle scores with them. The whole country is standing with the government and our armed forces”, he said.

A JeM terrorist rammed a vehicle laden with explosives into a CPRF convoy on Srinagar-Jammu national highway around 3.15 pm on February 14, killing as many as 40 CRPF personnel. A day after the attack, the Centre withdrew ‘Most Favoured Nation’ status granted to Pakistan and called for “international isolation” of the neighbouring country. Over 48 countries have come out in support of India and condemned the dastardly terror attack.

Congress leader Manish Tewari has urged the Centre to take stringent action against Pakistan with regard to the Pulwama terror attack, asserting that Jaish-e-Mohammed, which claimed responsibility for the attack, enjoys "close ties" with PTI

It’s Not Military’s Job to Plan Sub-Conventional War in Enemy Territory, Time for Govt to Wake Up

The word ‘special’ in Special Forces should be sufficient to understand that such forces are to be ‘primarily’ deployed on strategic tasks beyond national borders. There is also a tendency to mix them with airborne troops (paratroopers) who are trained for air induction but on landing perform infantry tasks, including holding ground, even though inside enemy territory.

Stephen P Cohen wrote in his book The Idea of Pakistan that “The task of Special Forces is the proxy application of force at low and precisely calculated levels, the objective being to achieve some political effect, not a battlefield victory".


This basic is ignored in India perhaps because not only do we not have a national security strategy, there is no national level concept for employment of Special Forces — both responsibility of the political hierarchy. Ignorance and inability to grasp the strategic environment, its setting, and compulsion under which such forces are employed are evident. But when the cross-border employment has been permitted, our Special Forces have performed admirably. This includes deployment of three Special Forces battalions when the Indian Peace Keeping Force was sent to Sri Lanka.

We have been foolishly saying we want a strong and stable Pakistan but our enemies are exploiting our fault-lines sub-conventionally. We need to reverse the process and get hold of fault-lines of our enemies. Sub-conventional capacity is the currency of geopolitical power today, which we are afraid to use. The responsibility to plan sub-conventional war in enemy territory on continuous basis is not of the military but that of the political hierarchy, particularly the NSA, which they have been shirking till now. Taliban takeover of Afghanistan will make things even tougher for India. It is time the government wakes up.

OPINION | It’s Not Military’s Job to Plan Sub-Conventional War in Enemy Territory, Time for Govt to Wake Up

We have been foolishly saying we want a strong and stable Pakistan but our enemies are exploiting our fault-lines sub-conventionally.

Why was security so lax that an explosive laden vehicle could be roaming freely?
What happened?

renuka said:
Why was security so lax that an explosive laden vehicle could be roaming freely?
What happened?
Click to expand...

In J&K the security is very tight, to the extent that locals feel they are constrained. Because of the few terrorists, the rest of the population suffers.

But this kind of terrorist activities happens all over the world. The USA, Egypt, Middle East, Italy, France, and other countries too have suffered.

They can try other types of terrorist activity as well. It is just a miracle that they have not gone after some soft target, like a Movie theater, Crowded restaurants etc.

It is a matter of time.

Having said that, we have to carry on our normal life. The government has to take care of the security and well being of its people with their territory.

In grief and anger: Open letter to Imran Khan from Rajdeep Sardesai

I write this with sadness as much as anger. Yes, like every Indian citizen, I am extremely angry at what happened in Pulwama — the killing of 40 CRPF jawans has wounded a nation, left us outraged and crying out for revenge.

Let’s be in no doubt: the terror that struck Pulwama emanated from Pakistan. The suicide bomber may have been Kashmiri — but his engine room was in the Jaish headquarters in Pakistan: that’s where he got his training, his ammunition and his directions.

Any pretence that groups like the Jaish are operating as independent ‘non state actors’ won't hold: the links between the Jaish leadership and the Pakistan army have been well documented for years now and have been internationally ratified by all, except your friends in Beijing.

Let’s also not deflect the blame entirely onto the Pakistan army, as civilian regimes in your country tend to do. The government of Pakistan is your government, you are the de jure prime minister of Pakistan, its ‘elected’ chief executive.

What happens in Pakistan occurs under your watch. We understand that it is the army and General Bajwa who call the shots — as the men in uniform have for the last seventy years — but you cannot escape your responsibility. If you seek credit for opening a door of friendship to India through the Kartarpur corridor, then you must also be held accountable for your failure to stop the terror tap that flows across the LOC into Kashmir. 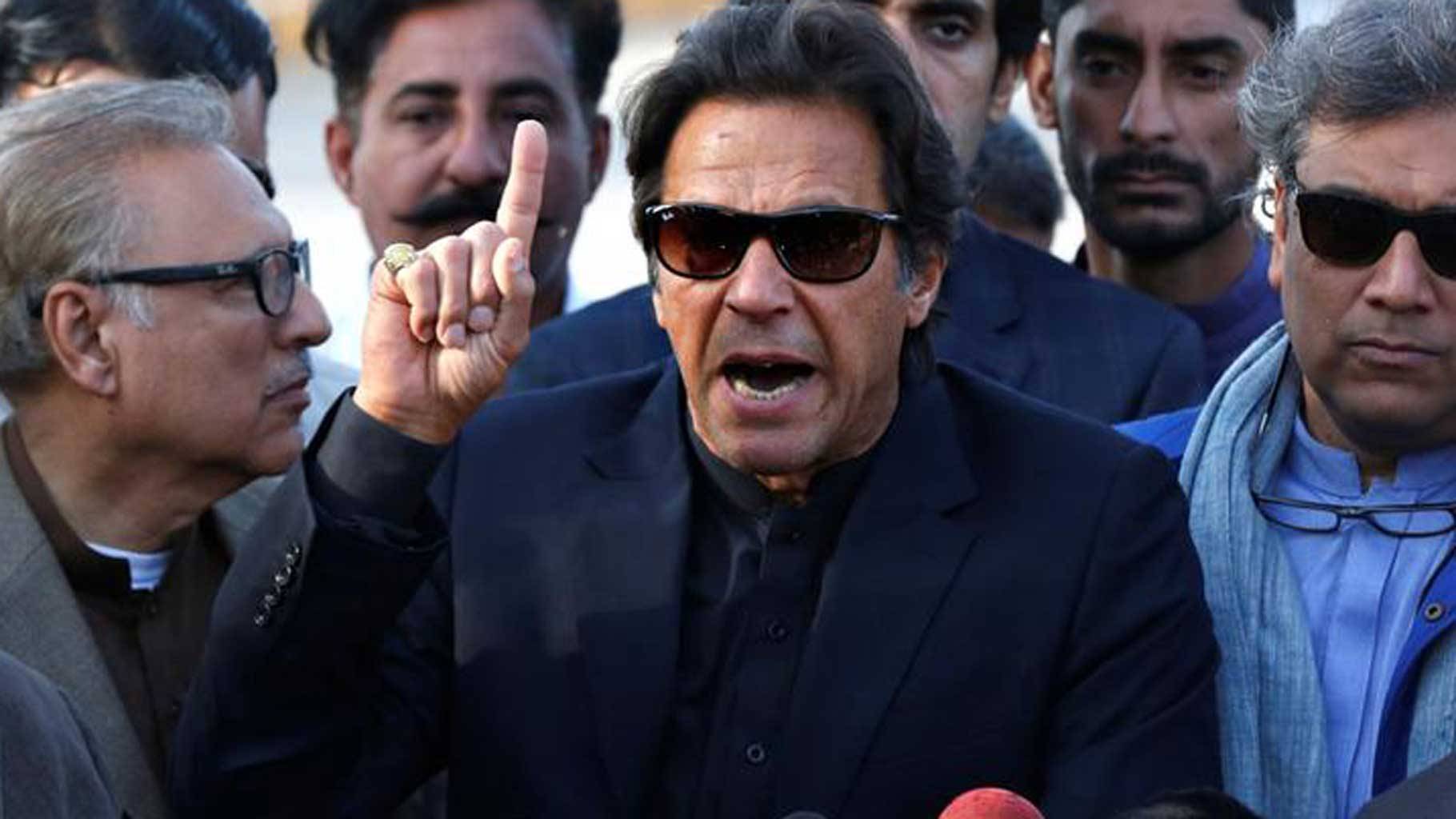 In grief and anger: Open letter to Imran Khan from Rajdeep Sardesai

It’s not just the Pakistan army that’s to blame for terrorism on Indian soil. The government is yours — so is the responsibility to act.