India may have a suffered a huge strategic setback, particularly on the naval front.
Some 22,400 pages of data related to the six Scorpene-class submarines that the French government-owned company DCNS was building for the Indian Navy have been leaked, The Australian reported on Aug.24. “The stunning leak… details the entire secret combat capability of the six Scorpene-class submarines..,” the report said.
The leaked documents list out the frequencies at which the submarines gather intelligence and the levels of noise the subs make at various speeds, the news report said. They also contain information on the submarine’s diving depths, range, and endurance, besides its magnetic, electromagnetic, and infrared data.
It is not yet clear how, where, and to whom the top-secret information was leaked.
Nevertheless, India’s naval strategies may suffer grievously following this development, particularly if the leaked documents are made available to India’s rivals Pakistan and China.
India is currently building six Scorpene-class submarines in partnership with DCNS. The project, named Project 75, is being executed by the government-owned Mazagon Dock Shipbuilders Limited in Mumbai.
The Indian government had signed the $3.5-billion deal with DCNS in 2005.
The first of the six submarines, INS Kalvari, is likley to be inducted into the Indian Navy by the end of 2016. The remaining are likely to be delivered by 2020. 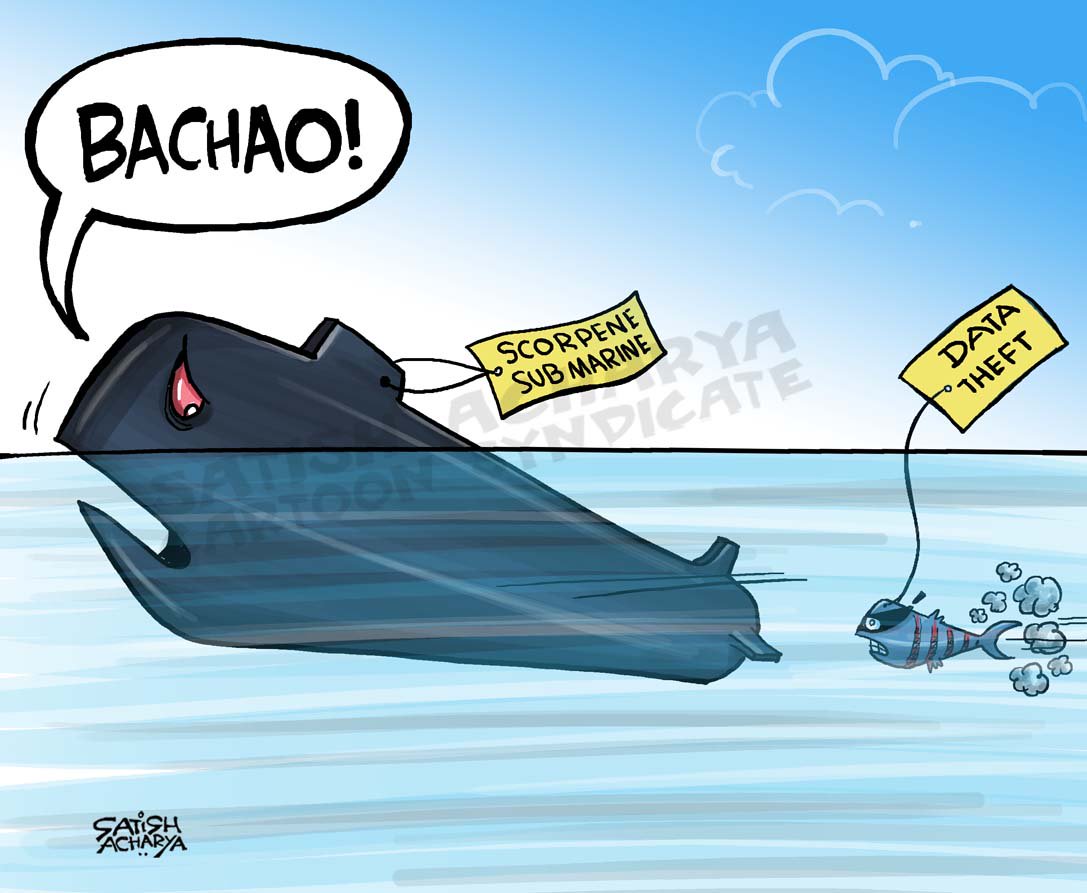 Earning ₹ 25,000 Per Month? You Are In India's Top 10%: ReportHighlighting a vast income distribution disparity in the country, the latest Inequality