My temple has been the Parliament: Prez Mukherjee's final address

Share:
Facebook Twitter WhatsApp Email Share Link
Invigorating speech! A political saga comes to an end? Pranabda had his eyes on becoming PM when Indira Gandhi was assassinated!! Not sure if he will take up a second innings in politics after his term as President comes to an end today!

My temple has been the Parliament: Prez Mukherjee's final address 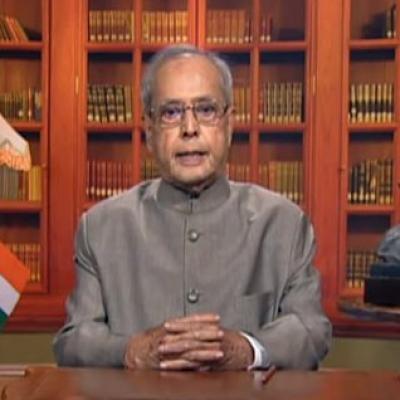 Pranab Mukherjee delivers a powerful address to the nation -- his final one as the President of India. On July 25, President Pranab Mukherjee's term as President will come to an end as Ram Nath Kovind is sworn in.

A day before he demits office, Pranab Mukherjee addresses the nation. Here are highlights:


>> For the past 50 years of my public life, my secret text has been the constitution of India


>> I have received much more from the country than I have given; for that, I will remain ever indebted to people of India


>> The soul of India resides in pluralism and tolerance


>> The multiplicity in culture, faith and language is what makes India special


>> We derive our strength from tolerance; it has been part of our collective consciousness for centuries


>> There are divergent strands in public discourse; we may argue, we may agree or we may not agree. But we cannot deny the essential prevalence of multiplicity of opinion


>> We must free our public discourse from all forms of violence, physical as well as verbal

>> Creative thinking, innovation and scientific temper have to be promoted in our institutions of higher learning


>> For development to be real, the poorest of the land must feel that they are a part of the nations narrative


>> Eradication of poverty would provide a strong boost to happiness


>> During my five years in Rashtrapati Bhavan, we tried to build a humane and happy township


>> When I speak to you tomorrow, it will be as a citizen a pilgrim like all of you in Indias onward march towards glory


>> How successful I was in discharging my responsibilities will be judged, over time, by the critical lens of history

Look at the yearning for Pranabda by a power hungry Congressman!!

Why the Congress party is the biggest gainer from Pranab Mukherjee leaving Rashtrapati Bhawan.