Maintaining order is important. But so are the rights of citizens | HT Editorial

Gold Member
Share:
Facebook Twitter WhatsApp Email Share Link
On Thursday, those opposed to the passage of the Citizenship (Amendment) Act planned protests across the country. This was in accordance with the constitutionally guaranteed rights of citizens within the Indian democratic framework. The government’s response should have been simple. Ensure police presence to maintain order, while enabling citizens to exercise their rights. This is easier said than done, especially given events of the past few days in the national capital (the Jamia Millia Islamia and Seelampur violence), but it is what the government should have tried to do.

Instead, in many parts of the country, the governments concerned decided to impose Section 144, which prohibits gatherings of more than four people, and places other restrictions on personal liberty. This was done across Uttar Pradesh and Karnataka, both governed by the Bharatiya Janata Party, and parts of Delhi. The violence seen in parts of Karnataka, especially in Mangaluru, and Uttar Pradesh (in Lucknow) may have vindicated this approach, but in the Capital, and in Bengaluru, it had the flavour of overreach. In the Capital, for instance, where law and order falls directly under the Centre, mobile services providers were ordered to suspend services and block the Internet in a few locations (the first time this happened in the capital city); barricades were placed to restrict entry of people into the city at borders resulting in gigantic traffic jams and causing many to miss flights and trains; and close to two dozen metro stations were shut down causing inconvenience to thousands of commuters.

It isn’t clear whether there was specific intelligence that prompted the imposition of Section 144 in Delhi and Bengaluru. In both, protestors, armed only with posters and pamphlets, many of whom were detained and later released, said the executive has directly impinged and violated their fundamental right to free speech and to free association and assembly. In contrast, in Mumbai, Section 144 wasn’t imposed, and the protests were peaceful and non-disruptive.

This newspaper has stood against violent protests, as in Delhi’s Seelampur on Tuesday. But using the threat of violence, or painting protests as a conspiracy by political rivals who have repeatedly shown themselves as organisationally incapable of stitching together such national protests, cannot be an excuse to curb fundamental rights. History shows that dissent can’t be sustainably contained by simply deploying greater force. The onus lies squarely on the government to break out of this cycle, find a political solution to the controversy, but most critically, respect the right of the Indian citizen to speak, protest, move and assemble freely — as long as there is no threat to peace. 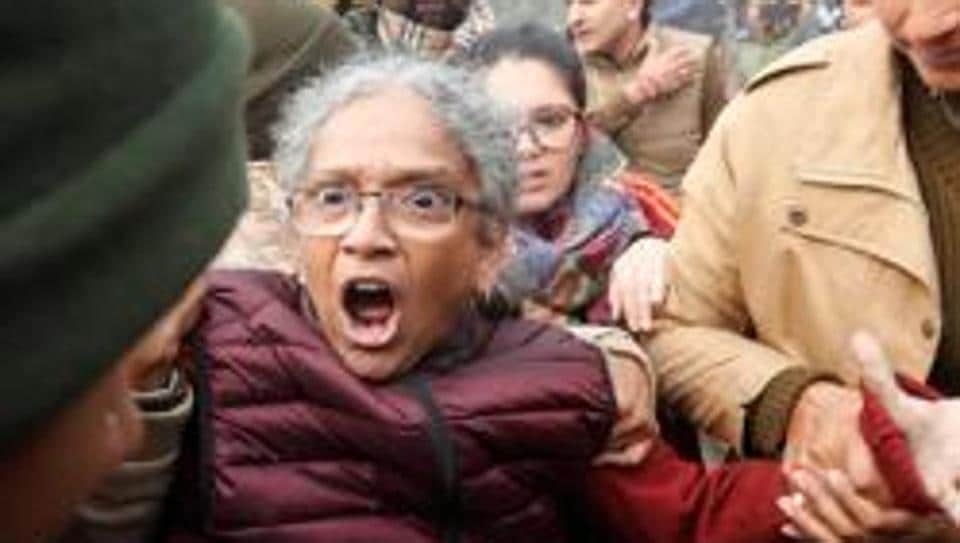 Maintaining order is important. But so are the rights of citizens | HT Editorial

This newspaper has stood against violent protests, as in Delhi’s Seelampur on Tuesday. But using the threat of violence, or painting protests as a conspiracy by political rivals who have repeatedly shown themselves as organisationally incapable of stitching together such national protests...

J
Maintaining our sastras while being a high player

W
An appeal from sanskrit institution for maintaining sanskrit in bhaarat