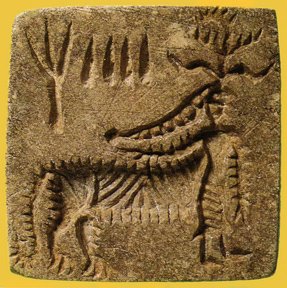 Sangam Tamil poets composed over 2000 poems. Purananuru is an encyclopaedia of Tamil culture. It has got less than 400 verses. Purananuru verse 201 was composed by Kapilar two thousand years ago. This is a very important verse in Purananuru. It throws much light on early Indian History. Kapilar talks about 49[SUP]th[/SUP] generation of Irungovel. Famous Tamil Commentator Nachinarkiniyar , who lived several hundred years ago, gave a very interesting story about this verse.

(49[SUP]th[/SUP] generation: Please read my article How Old is India?)

Nachinarkiniyar said that Agastya brought 12 tribes from Dwaraka ruled by Lord Krishna. Another city in the name of Dwaraka was founded in Karnataka (Mysore) state in the twelfth century. There is an interesting story about how and who founded this city. Hoychalas were the kings who ruled from this city. Hoychala is translated into Tamil as Pulikadimal which is found in verse 201.

Chala was a king belonging to Yadu dynasty. While he was hunting in the Western Ghats, he saw a hare heroically fighting with a tiger. This made him to think that this place must have some special importance. When he followed the fighting tiger and hare, an ascetic who was doing penance ordered king Chala to kill the tiger. The ascetic’s order in Sanskrit was “Hatham Hoy Chala”. So from that day on wards the king and his descendants were called Hoychalas. If the verse 201 refers to this anecdote then it must have happened 2000 years ago.

The story was found in the inscription belonging to Narasimha Hoychala found in Pelavadi in Belur area of Karnataka. Only the detail about the hare is missing in it. But the name of the city mentioned in the inscription was Sasakapuram. In Sanskrit Sasanka is hare. When the area under Sasakapuram was given to King Chala, the goddess belonging to Sasakapuram “Vasanthika” came in the form of a tiger. When the king killed the tiger he became Hoychala. This was confirmed in the Arisikare inscription of Veera Vallala Deva.

Another interesting co incidence is we see tiger goddess in Indus Valley Seals as well. A seal with Half woman Half tiger was discovered. Some people think it may be Proto Durga. Durga was shown riding tiger or lion in later day iconography. She was shown as a forest deity with plants on her head or in her surroundings. Indus Valley has several female deities. In one of the seals we see seven women dance hand in hand. Sapta matha (Seven sisters or seven women) is found in Hindu scriptures. Seven women dancing together is known as Kuavai Kuthu in Tamil. Seven is a sacred number in Hinduism. But the tiger goddess comes very close to Vasanthika story in Hoychala inscription.

hello mr L.S, what a wonderful attempt you made ,it shows your keen hard work& interest towards this new thread.best wishes for your up coming work .this topic is rare (but some might feel dry ),u made informative.
OP
OP
L

Ref Post # 1 - Perhaps the 7 women are otherwise known as "Sapthashringi" in Maharahstra and elsewhere.
D