When Amazon founder and CEO, Jeff Bezos, “surprised” Indians with a three-day trip—and a flurry of India-focused announcements—beginning Jan.15, senior officials have mostly kept him at an arm’s distance. The best he managed was a closed-door meeting with business magnates such as Reliance Industries’ Mukesh Ambani, Infosys’ Narayana Murthy, and Future Group’s Kishore Biyani.

The reasons for this cold treatment, though still speculative, range from scrutiny of the internet behemoth over undercutting Indian retailers to divergence in political views.

Experts and observers are, meanwhile, concerned the episode may dent India’s image.

“The government’s decision to snub Amazon instead of using the opportunity to engage in meaningful dialogue is misguided. (It) lost an important opportunity to correct course and find a middle ground that is good for business and consumers,” Kartik Hosanagar, a professor of technology and digital business at the University of Pennsylvania’s Wharton School, told Quartz.

Bezos committed $1 billion (Rs7,000 crore) to India to digitise small and medium businesses. This is over and above the $5 billion spent in India over the last few years. He also vowed to create a million jobs and facilitate exports of Made in India goods worth $10 billion via Amazon by 2025.

However, the Indian government seemed to be on another trip.

Modi reportedly refused to meet Bezos this time. Worse, his colleagues in the government were even blunt in their observations about Amazon and Bezos’s announcements.

On Jan. 17, India’s commerce minister Piyush Goyal said, “It’s not as if they (Amazon) are doing a great favour to India when they invest a billion dollars.” He called Amazon a capital guzzler of sorts, chalking its mounting losses up to “predatory pricing or some unfair trade practices.”

There are several reasons being cited for this apparent spurt of bad blood.

Part of the government’s reticence in appearing friendly to the Amazon founder apparently stems from the Bezos-owned daily, Washington Post, scrutinising the Indian leadership.

The publication has been critical about scrapping the special status for Jammu & Kashmir as well as India’s new citizenship law. During Bezos’s visit, BJP leader Vijay Chauthaiwale slammed the paper for being “highly biased and agenda-driven,” and made a snide remark about it on Twitter.

Just to clarify: Jeff Bezos doesn't tell Washington Post journalists what to write. Independent journalism is not about charming governments. But there's no question the work of our correspondents and columnists fits within India's democratic traditions.
https://twitter.com/vijai63/status/1217760066473877504
There were also reports that said the administration may not want to upset small traders in Delhi—the BJP’s traditional voter base—weeks ahead of legislative elections in the capital. Local retailers had protested Bezos’s trip, some even saying, “Amazon–Flipkart: Second version of the East India Company.”
Click to expand...

The Confederation of All India Traders, which represents 70 million small brick & mortar stores, organised demonstrations in 300 cities across India. 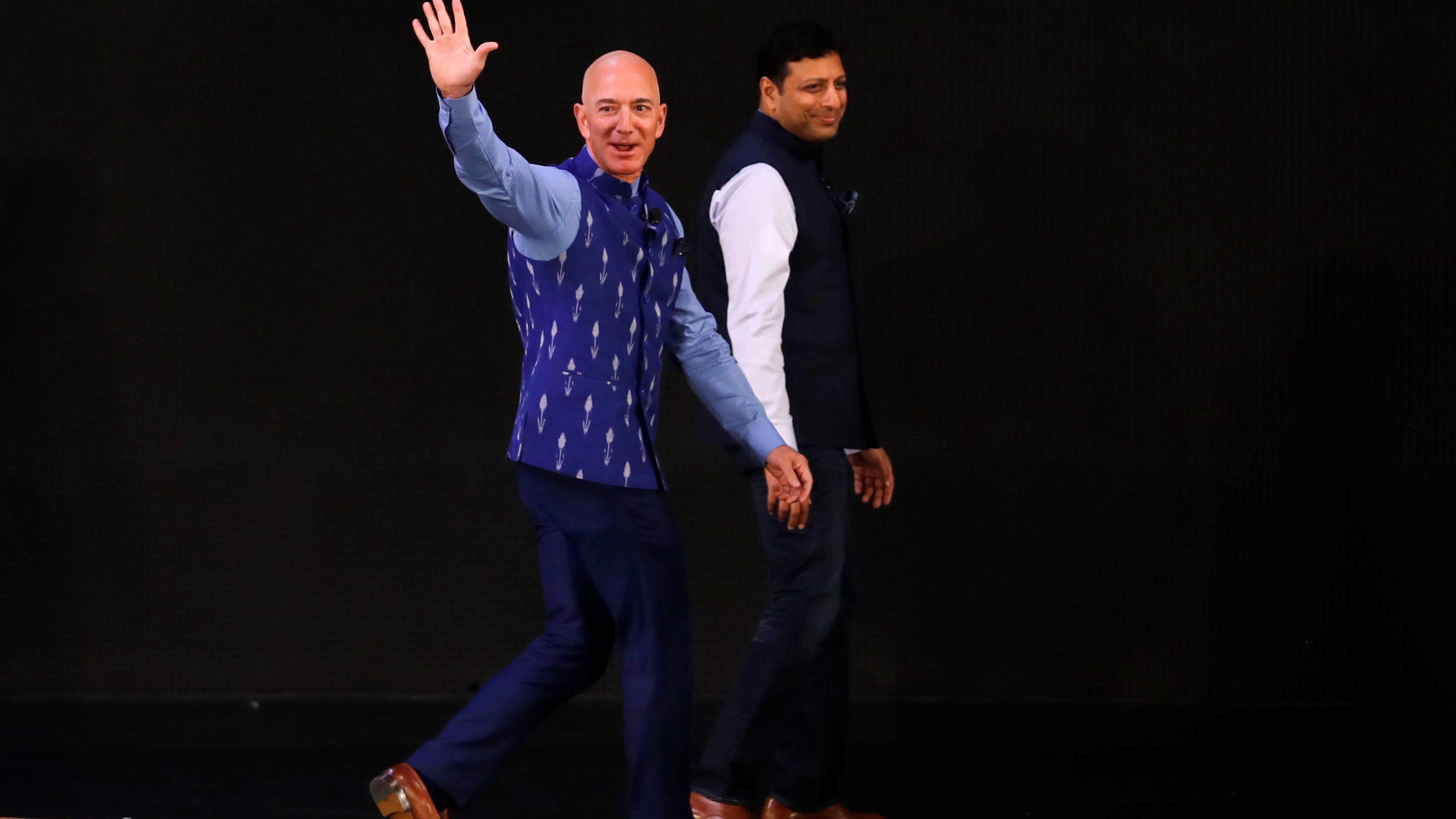 Experts are concerned the episode may dent India's image.

Jeff Bezos doesn't tell us what to write: Washington Post hits out at BJP leader for calling it biased.

"Just to clarify: Jeff Bezos doesn't tell Washington Post journalists what to write. Independent journalism is not about charming governments. But there's no question the work of our correspondents and columnists fits within India's democratic traditions," Eli Lopez, senior editor at the Washington Post replied on Twitter.

Probably Mr. Modi is following his friend Trump. who riles against Amazon because of Washington Post.