In India’s Covid-19 lockdown, two contrasting realities. And a prayer 
There are two realities in India today as we fight the Coronavirus pandemic...

One is the reality of you and me, sitting in the comforts of our respective homes. Some, like me, are already frustrated with the enforced work from home discipline. Others are simply bored minus the comfort of their social life, the nagging need to be seen, and make interesting Instagram stories to impress their friend circle with.

But the other stark and terrifying reality is of the thousands of workers who are trudging the long way back home in these difficult times.

The movement of migrant workers began on March 24 itself when PM Modi announced a countrywide lockdown. But this being the first weekend of India’s 21-day lockdown, migrant workers in Delhi decided to head to various home destinations like Lucknow, Bareilly, Meerut, Badaun, Aligarh, Gorakhpur and nearby towns.


With trains and buses not working, many were seen carrying children on their shoulders and their backs. Some had even resigned themselves to 600 kilometre long walks back home. Many of them without money, food or water...

This was despite repeated assurances from central and state governments that their needs will be taken care of. Needless to say that the governments should have anticipated for and been better prepared for such an exodus. They have now swung into action. Police personnel and civil society groups can be seen distributing food, water and medicines – all along the highway. In particular, the UP government has organised more than a thousand buses to take these migrants home.

But the availability of these buses now has led to another problem. Pictures from Delhi’s ISBT on Saturday were heart-wrenching and scary. Migrant workers could be seen lined up in long snaky queues, huddled close together. Social distancing was certainly out of the window in the face of these unusual circumstances – putting many of these workers at risk of getting infected. 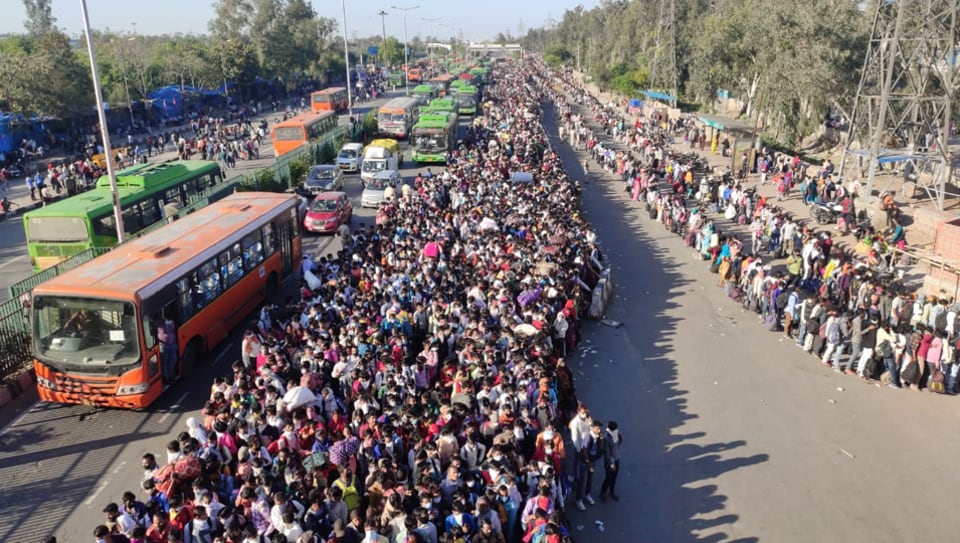 Covid-19 lockdown: Why India must fear migrant exodus from cities

On March 24, India was put under a lockdown after an announcement made by Prime Minister Narendra Modi.

So what can the government and administration do in these trying times?

1. Ensure that police are present at the bus stands to help un-crowd the buses and see that there’s enough space between passengers in queues.

2. Create awareness to assure people that they will be fed and that the government will take care of them in these unusual times.


3. Deploy enough personnel along the highways to provide food, water and shelter to those already walking back home.

This is a humanitarian tragedy and we can only pray that these migrants do not take the Covid-19 virus back to their towns and villages. If that happens, all the trauma and pain of the pan-India lockdown would have been in vain.

Covid-19 lockdown: Why India must fear migrant exodus from cities

On March 24, India was put under a lockdown after an announcement made by Prime Minister Narendra Modi.

AGRA: A 39-year-old man, who worked as home delivery boy for a private restaurant in the national capital and was father of three, died in Agra after . This exodus, in turns, is dangerous — it puts enormous physical strain on workers, has caused suffering and deaths, and it undermines every principle of social distancing.

Images of hundreds of thousands of migrant workers, walking for miles and miles on highways, with bags on their shoulders, holding children or elderly alongside, and congregating in hundreds of thousands, waiting for modes for transport to return home, will define India’s three-week lockdown. The images bring together all of India’s underlying, systemic, political economy issues — the destitution that drives people to work in the cities; the hand-to-mouth existence as they depend on minimal wages to sustain themselves; the impermanence of their working arrangements; and the absence of any permanent social safety net.

This newspaper has supported Prime Minister Narendra Modi’s call for a national lockdown. But it was incumbent on the government to take into account precisely these distinctive economic and social features while planning it. This would have entailed not just telling people to stay home, but knowing that there are millions of people who do not have “homes” where they can stay without incomes. This would have entailed not just directing factories to close down, but ensuring that those who worked in those factories having some level of income support to see them through the period when they would have no wages. This would have entailed not just announcing that there would be no rail or bus services, but taking into account the fact that economic and emotional factors would push people back to where they came from. To be sure, the Indian State is overwhelmed at the moment and there are genuine capacity issues. But the inability to provide workers means of livelihood, and assure them of shelter and food in their place of work, triggered an exodus.

This exodus, in turns, is dangerous — it puts enormous physical strain on workers, has caused suffering and deaths, and it undermines every principle of social distancing. Those returning home can take the infection to rural India, where it will be far more difficult for India’s health care system to screen, test, isolate, and treat the more severe cases. That is why it is important that the government identifies high-risk locations — a little over 50 districts send half the male migrant population — and makes adequate preparations to test. A great human tragedy is underway; the central and state governments need to remedy this by being sensitive to the needs of migrant workers, while preventing a health crisis. 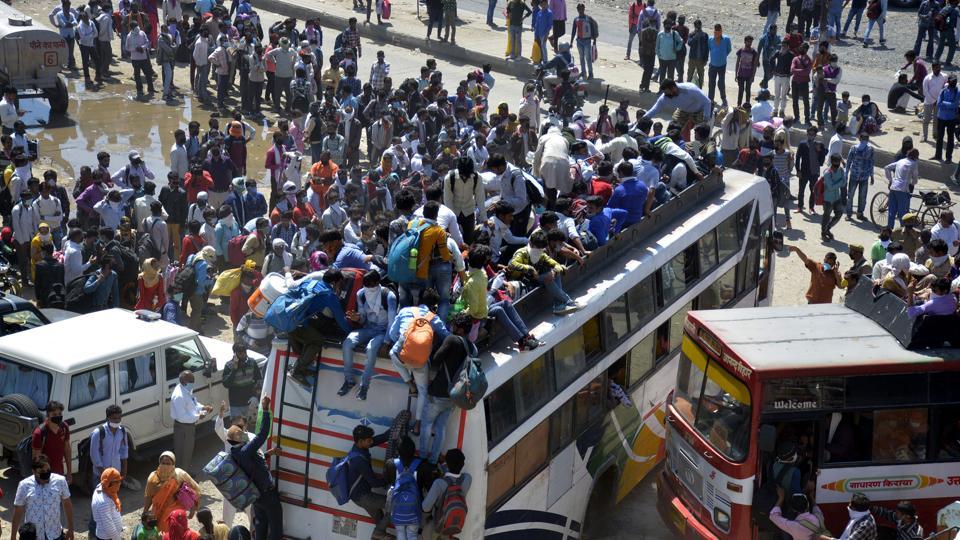 Poor planning led to the exodus of migrant workers. Be sensitive