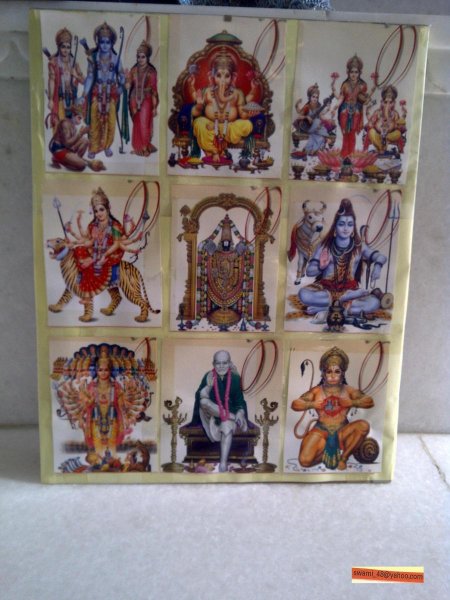 From London Newspaper’s Q and A column

How many gods and goddesses are there in the Hindu pantheon?

Depending on how you look at it, the Hindu pantheon may consist of one Supreme Being and 330 million gods. In ancient times, it was held that there were 330 million living beings, given rise to the idea of 330 million deities or gods.

Of course, this vast number of gods could not have been worshipped, since 330 million names could not have been designed for them. The number was simply used to give a symbolic expression to the fundamental Hindu doctrine that God lives in the hearts of all living beings.

The misunderstanding arises when people fail to grasp the symbolism of the Hindu pantheon. For just as a single force in space can be mathematically conceived as having various spatial components, the Supreme Being or God, the personal form of the Ultimate Reality, is conceived by Hindus as having various aspects.

A Hindu deity (god or goddess; note the small “g”) represents a particular aspect of the Supreme Being. For example, Saraswati represents learning and knowledge. So if a Hindu wants to pray for knowledge and understanding, he prays to Saraswati.

Just sunlight cannot have an existence independent of the sun itself, a Hindu deity does not have a separate and independent existence from the Supreme Being.

Thus, Hindu worship of deities is monotheistic polytheism and not simple polytheism.

Brahman is only one, then Why do we have so many gods in Hinduism?
2

Many world's theory and Adharma