When the coronavirus first struck India last year, the country enforced one of the world’s strictest national lockdowns. The warning was clear: A fast spread in a population of 1.3 billion would be devastating.
Though damaging and ultimately flawed, the lockdown and other efforts appeared to work. Infections dropped and deaths remained low. Officials and the public dropped their guard. Experts warned fruitlessly that the government’s haphazard approach would bring a crisis when a new wave appeared.
Now the crisis is here.

India on Saturday reported a daily record of 145,384 new infections as Covid-19 raced out of control. Deaths, while still relatively low, are rising. Vaccinations, a mammoth task in such a large nation, are dangerously behind schedule. Hospital beds are running short.

Parts of the country are reinforcing lockdowns. Scientists are rushing to track new strains, including the more hazardous variants found in Britain and South Africa, that may be hastening the spread. But the authorities have declared contact tracing in some places to be simply impossible.

Complacency and government missteps have helped turned India from a seeming success story into one of the world’s worst-hit places, experts say. And epidemiologists warn that continuing failure in India would have global implications.


But politicians in India, still stinging from the pain of the last national lockdown, have mostly avoided major restrictions and have even returned to holding big election rallies, sending mixed messages to the public. India’s vaccine rollout was late and riddled with setbacks, despite the country’s status as a major pharmaceutical manufacturer.

Some of the relaxed attitude comes from the top. India’s senior leaders, who have taken vaccines publicly to support the inoculation effort, have been urging people to take precautions even as they hit the campaign trail for state elections. Mr. Modi has addressed more than 20 rallies, each with thousands of often-unmasked people.

On Wednesday, Delhi officials said that even a solo car driver would be punished for not wearing a mask properly. The same day, Amit Shah, the country’s de facto No. 2 leader, drove through a campaign crowd in the state of West Bengal, waving without a mask and throwing rose petals.

The government also gave the go ahead for a long Hindu religious festival called Kumbh Mela, which runs through the end of April. One million to five million people attend the festival each day in the city of Haridwar, on the banks of the river Ganges in the state of Uttarakhand. 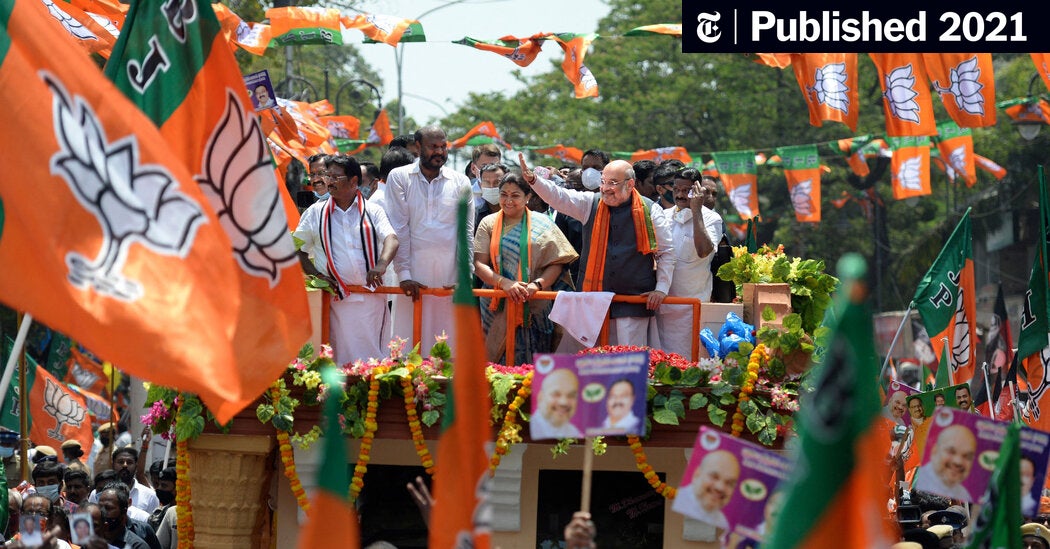 The new wave will hurt global efforts and vaccine supplies, experts say. Researchers are scrambling to assess whether new coronavirus variants are playing a role in India.

83 Movie Review: Ranveer Singh and team hit it out of the park