'Donating, selling but not vaccinating our own': What HC said on Covid vaccines

Share:
Facebook Twitter WhatsApp Email Share Link
The Delhi high court on Thursday expressed apprehensions over non-utilisation of Covid-19 vaccines to its full capacity and noted that there has to be a "sense of urgency".
The court has directed the country's leading Covid-19 vaccine manufacturers - Bharat Biotech and Serum Institute of India (SII) to disclose their capacity to manufacture Covaxin and Covishield vaccines.


Here are the key observations made by the high court on Covid-19 vaccines:
-"We are not utilising Covid-19 vaccines fully. We are either donating it to foreign countries or selling it to them and are not vaccinating our own people. So there has to be that sense of responsibility and urgency," a bench of Justices Vipin Sanghi and Rekha Palli said.
-The high court directed the Bharat Biotech and Serum Institute of India to file separate affidavits on their capacity to manufacture the vaccines on per day/ week/ month basis and also the current optic of the vaccines and how much unused capacity is lying.
-"The Union of India (UoI) shall explain the rationale behind keeping strict control over class of persons who can be vaccinated as noticed in our last order. Under the present system, persons above 60 years of age and between 45 to 60 years with co-morbidities can receive vaccination," high court said.
-Delhi High Court Bar Association and Bar Council of Delhi have been asked to file an affidavit disclosing the judicial strength. "It should indicate how many of them would get covered by the existing policy and how many would be left out," court said.
-The court has asked the Delhi government to carry out inspection of medical facilities available in court complexes here and to report if Covid-19 vaccination centres could be set up there and also the short comings in facilities.
-The high court asked all the authorities to file their affidavits by March 9 and listed the matter for further hearing on March 10.

Coronavirus vaccine India: 'Donating, selling but not vaccinating our own': What HC said on Covid vaccines | India News - Times of India

India News: The Delhi high court on Thursday expressed apprehensions over non-utilisation of Covid-19 vaccines to its full capacity and noted that there has to be

The Delhi high court on Thursday directed Serum Institute of India and Bharat Biotech to disclose their capacities to manufacture Covaxin, Covishield vaccines.

The high court also asked the Centre to explain in affidavit the rationale behind keeping strict control over class of persons who can be vaccinated against Covid-19 currently as under the present system those above the age of 60 years or between 45 to 60 years with comorbidities can receive vaccination.

A bench of Justices Vipin Sanghi and Rekha Palli said the two institutes-- Serum Institute of India and Bharat Biotech -- have more capacity to provide the vaccines but it seems that they are not exploiting it fully.

It also asked the Delhi government to carry out inspection of medical facilities available in court complexes here and to report if Covid-19 vaccination centres could be set up there.

The high court was hearing a PIL initiated by it to examine the demand of Bar Council of Delhi to declare all people associated with the judicial functioning, including judges, court staff and lawyers as “frontline workers” so that they could receive Covid-19 vaccination on priority and without limitations of their age or physical condition.

India’s ambitious but troubled campaign to vaccinate its vast population against Covid-19 — and, in the process, to burnish its own reputation as a manufacturer and innovator — just got a big boost.

An Indian drug company said late Wednesday that initial results from clinical trials involving nearly 26,000 subjects showed that a homegrown Indian vaccine was both safe and effective. The company, Bharat Biotech, said that its Covaxin vaccine had an initial efficacy rate of 81 percent.

The results from the interim analysis have yet to be peer-reviewed, the company said. It was unclear how effective Covaxin would prove to be in a final analysis.

Still, the results were met with relief in India. Covaxin had been approved by government officials in January and administered to millions of people before it had been publicly proved to be safe or effective. Many people in India, including frontline health care workers, had feared Covaxin could be ineffective or worse, slowing down New Delhi’s campaign to inoculate 1.3 billion people.

Officials in Brazil, where the government had bought doses of Covaxin, had recently questioned whether this vaccine actually worked.


The results this week could alleviate some of those concerns, said Dr. Anant Bhan, a health researcher at Melaka Manipal Medical College in southern India. Still, he said, questions will linger over Covaxin until the research is completed. 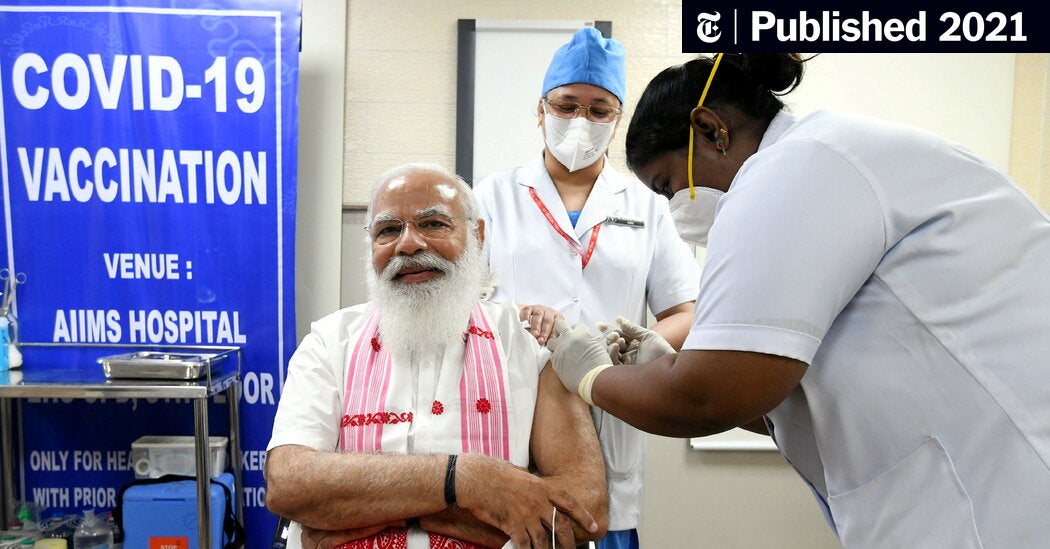 Karkare’s wife dies, gives life to others by donating organs

V
Old notes selling at a premium in Kolkata market

V
The Internet of Things Is Here, and It Isn’t a Thing Selling services