As Bhim Army supports Islamist protests against CAA, here is what happened to a Dalit leader who had supported Pakistan

As Bhim Army supports Muslim mobs in protests against CAA, here is what happened to a Dalit leader who had supported Pakistan

"Today, when Citizenship Amendment Act seeks to right that wrong and give those Dalits and other Hindus the citizenship of India and steer them away from an Islamic nation that has historically heaped atrocities against them, it is unfortunate to see Dalit leaders join Islamists in opposing the Act." Citizenship Act is welcome, say Hindu refugees from Pakistan – but the process is too tiresome

The process of becoming an Indian citizen through naturalisation is complicated, with multiple verifications and red-tape.

The hand that “guides”… 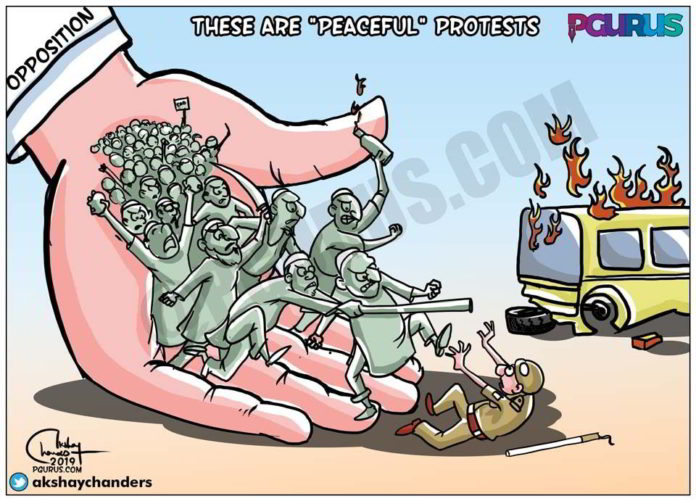 Why anti-CAA riots have affected me so much: A personal testimony

The Iron Curtain is closing in on us. We’re trapped.

I dare say that no political event since 2014 has affected me as deeply as the anti-CAA riots that have swept the country. Perhaps even before 2014. Nothing has shaken me up quite as much.

Sometimes I wonder is it that I care so much about Pakistani Hindus? Liberals and Islamists are rioting in the streets. Property is being damaged. People are getting hurt. Is it all worth the trouble? Do the tears of this man, for example, move me that much?

What was the big crime that CAA did? Why are we facing so much hatred from liberals and Islamists? Why is media of the whole world condemning us?

All we did is restore the humanity of some of the most oppressed people in the world. Why did it make them so angry?

Let me see what their objection is. Some say the law is unconstitutional. Some say the law is morally wrong. Or both. But the Indian Constitution identifies classes of marginalized people *all* the time and gives them special benefits. Every Indian is familiar with this concept. Why am I having to repeat it and why aren’t they listening? Are they so dumb?

Unless, they are not.

They don’t seriously think the law is unconstitutional. They simply don’t like the people that it benefits, i.e., Hindus.

For the first time in my life, I feel like I have been isolated and targeted as a Hindu. I feel like I am not wanted in my own country. I am merely being tolerated. There is a clock somewhere and it is counting downwards. Counting downwards to the point in the future where people like me are no longer around.

Counting downwards to the moment when my name and names like mine have vanished forever from this land. And any attempt to turn around the numbers even a little bit, or to stop the countdown, is being fought tooth and nail.

In 1947, an Iron Curtain was dropped across the Indian subcontinent. The rich and glorious histories of generations were crushed under it and lost forever.

But it did not stop there. The Iron Curtain is closing in on us. We’re trapped.

Why anti-CAA riots have affected me so much: A personal testimony

For the first time in my life, I feel like I have been isolated and targeted as a Hindu. I feel like I am not wanted in my own country. | OpIndia News