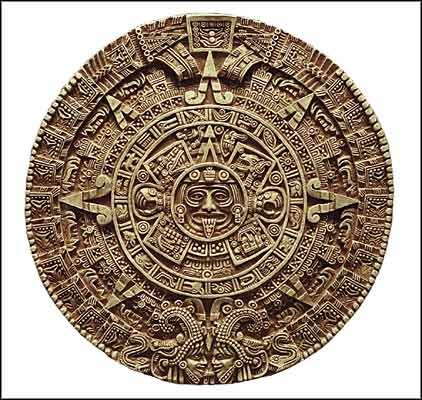 30. Mayas were followed by Aztecs and Incas. There was another civilization called Olemec. All are related to one another. The famous gigantic 13 feet diameter Aztec stone calendar in Mexico city has got two serpents on it. Hindus describe it as Kala Sarpa. The round temple in Cali xtlahuaca is in the name of Kali. Teocalli is a pyramid meaning Deva Kali.
31. Maya temples and pyramids are similar to Hindu temples. They have towers, steps leading to higher place. Kings wore feather caps like Krishna. Their jewellery betrays their Indian origin. We see a lot of jewellery all over body like Indian kings. Even Egyptian kings won’t come this close to Indian kings in jewellery.
32. Boys were called after their fathers or grandfathers like Tamil community. Learning was by repetition like Hindu Veda Adhyayanam. Mayas had ceremonies like Namakaranam, Punyaha vachana and Gurukula. They named their children after flowers, eagle and snake. Indian Tamil and Sanskrit names are mostly flower names, particularly lotus and jasmine.


33. Indian soldiers sacrifice themselves before Kali before any war. This is called Navakandam or Kala Bali. This is in Sangam tamil literature and Mahabharata (story of Iravan).Self Immolation (Kumarila Bhatta, Kapila) was practised by Hindu saints. This was practised by Mayas as well.
33. Indian kings had Simhasana/ Lion throne. The very word Caesar is a Sanskrit word KESARI. Some called themselves as SING (lion). Romanians were calling themselves Carsars. But lion was absent in South America. So Mayas used Jaguar (black tiger) Asana.
34. Vedic calendar has a Mala Matha (impure month every five years). But Mayas had five impure days instead every month.
35. Mayas saw hare or rabbit in moon like Indians. They had their own Rahu and Ketu devouring moon (eclipse).


36. Tikal temple of Mayas is compared to Madurai Meenakshi Temple .Tikal may be Tri Kala ,Lord Shiva or Sri Kala.
37. Tortilla is made like our Chapati/Roti. Instead of wheat they made it with corn flour.
38. Sun Worship was prevalent in Maya countries. It continued until Inca days (Ina=Sun in Sanskrit).

43. Tree worship: Salmali Tree (silk cotton tree) was worshipped by the Caribeans, Central American countries and West African countries. Mayas worshipped it as we worship some trees.It is called Ceiba.
44. Sitting Pasture and Palnquin show Indian connection. But one mystery Mayas never knew the wheel. This reminds a great mystery. If they knew any other culture in the world they would have used wheels and chariots. Why didn’t they use it? Future research may answer this question.
45. Caste system: They had caste system like India.
46. Like Indian kings they used regnal years in their inscriptions. This is very similar to Cholas and Pandyas.
47. They believed in heaven and Karpaka Vriksha and Amrita (First tree of the world)
48. Tamil literature is replete with Ball Games, but Tamils used hands and Mayas used Foot (ball).
49. Viracocha is a God’s name in Central America. Virakurcha is Pallava’s ancestor.
50. All Hindu Gods have snakes or associated with snakes. Naga /Mayan sculptures are with snakes. Gods in other cultures such as Ariadne, Astarte, Ishtar, Wadjet, Potnia Theron, Ormugudinna and several Maya gods have snakes. Western authors have also noted that all the Pre Colombian civilizations are obsessed with serpents.


51.Cholan Maya: There was a rebellion as recently as 1994 in Southern Mexico and the people who led the rebellion were Cholan Maya, descendants of a nation that had once produced the greatest of all the Pre Colombian civilizations. Chola is one of the three ancient Tamil dynasties.
52. One of the famous Maya kings is Pacal who died in 683 AD. He is called Sun Lord like Indians call Lord Rama as Surya Kula Tilaka (Sun Clan famous).
53. Aztecs who followed Mayas had a symbol of eagle clutching a snake in its beak. So there is every possibility two rival groups existed in Central America. Even in Tamil Nadu Chera, Chola and Pandyas were Tamil Hindus, but yet they fought among themselves for over 1500 years.
54. Arson and Massacre: Spaniard Diego de Landa signed a decree in 1562 and all the Maya books were brought to town of Mani and burnt down. Large number of books were burnt ,boasted Mr Landa. In 1546 Maya tribes who refused the yoke of peace proposed by Roman Catholics were indiscriminately slaughtered. They stored books in libraries like Hindu stored books in Takshaseela and nalanda libraries.
55. Like Hindu Kapalikas, Mayas wore black dress in ceremonies.


56. They also put their offerings in Tanks like Hindus. They sat in Yoga pasture.
57. The punishments meted out for crimes were just like Hindus.
58. Like Tamil kings they had runners to bring messages or necessary religious or royal objects. Tamil kings boasts in heir epigraphs and copper plate inscriptions that they bathed with water that came from two seas of peninsular India.
59. Like Romans, pink colour derived from a mollusc was prized high by Mayas.. India exported this to ancient Rome 2000 years ago.
60. Chac was their rain god similar to Vedic Indra. Some believe that it was nothing but Chakra another name of Indra.
61. The grinding stone they used looked exactly like Tamil’s Ammi and Kuzavi.
62. Bikshu Chamanlal wrote a book “Hindu America”, 75 years ago which drew lot of publicity on this topic. Later he published a book “INDIA-MOTHER OF US ALL” in which he gave a summary of Hindu America. But more the discoveries made, newer and newer interpretations come. He says Ramayana, Mahabharata, Vedic hymns, Sacred thread ceremony and many more rituals were practised by Inca Ayers and Mayas. Everyone must read his original contribution in this field. He mentioned the lotus, elephant, swastika, Surya motifs, Indra, Triloknath (Tloque Nahuaque) and other gods, Hell etc in South American and Central American countries.


63. New books published in USA, give the Maya temple plans. Those who know Hindu temple Vastu Shastra must compare it with Hindu temples and do some research.”Chronicle of the Maya Kings and Queens” by Thames and Hudson will be useful for such a research.
64. Mayan kings wore ear lobes like Hindu kings. Temple musicians are painted in Bonampak frieze. It is like Indian temple procession. The kings had a lot of concubines called Pallas (Pallu is a sari head in Indian languages)
66. We see Kuravanji (colomche) and Kathakali type of dances in the Maya world.
67. Like Hindus put rice at the mouth of a dead body, Mayas put maize and jade beads.
68. Another puzzle: Kalhana who wrote the history of Kashmir kings (Raja Tarangini) differs from others on Kaliyuga. His calculation shows that Kaliyuga began around 2600 BC. Mayas also had such a difference. Their records show the year2600 BC. But the tradition says that their age begins at 3114 BC closer to Hindu’s Kaliyuga. This also shows their Indian link. We can conclude that there were two different calculations for Kaliyuga like Maya age.

Amazing Bridge about to open in J&K