5 rituals that will help your brain stay young

A woman is silhouetted next to a solar panel display.
Image: REUTERS/Yuriko Nakao


Thanks to improvements in medicine, more of us are living longer. That means we have a heightened investment in making sure our brains stay in shape as we age, too. While an increased life expectancy will not necessarily lead to a higher incidence of cognitive disorders, Alzheimer’s alone is expected to affect over seven million American seniors by 2025.

Lucky for us, advanced technologies have enabled researchers to understand how the brain works, what it responds to, and even how to retrain it. For instance, we know our brains prefer foods with high levels of antioxidants, including blueberries, kale, and nuts. We know that a Mediterranean diet, which is largely plant-based and rich in whole grain, fish, fruits, and red wine, can lead to higher brain functions. And we know that smiling can retrain our brains to look for positive possibilities rather than negative ones. 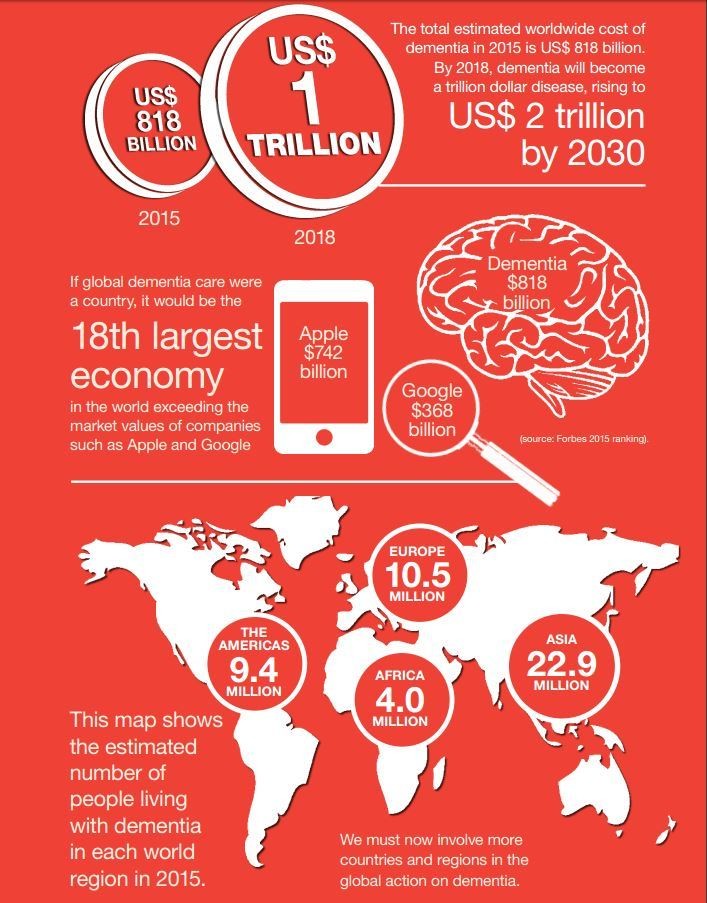 Congratulate yourself for small wins

The frequency of success matters more than the size of success, so don’t wait until the big wins to congratulate yourself, says B.J. Fogg, director of the Persuasive Tech Lab at Stanford University. Instead, come up with daily celebrations for yourself; your brain doesn’t know the difference between progress and perceived progress.

Both progress and setbacks are said to greatly influence our emotions. So the earlier in the day you can feel successful, the better—feelings of excitement help fuel behaviors that will set you up for successes. For instance, a productive morning routine can be used to motivate you through the rest of the day. We feel happier and encouraged as our energy levels increase, and feel anxiety or even depression as our energy levels go down.

According to neurologist Etienne van der Walt, keeping active is one of the best ways to improve brain health. As he told Quartz earlier this year, “Specific forms of exercises have been shown to be very beneficial for … brain growth.”

Simply speaking, when we exercise, our heart rate increases, oxygen is pumped to the brain at a much faster rate, and new brain cells develop more quickly. The more brain cells we create, the easier it is for cells to communicate with one another, developing new neural pathways. Ultimately, our brains become more efficient and plastic, which means better cognitive performance.

A 2014 study from the University of Illinois at Urbana-Champaign found that children who regularly exercised had higher “attentional inhibition,” defined by The New York Times as “the ability to block out irrelevant information and concentrate on the task at hand.” The Times article also noted that study participants ended the with “heightened abilities to toggle between cognitive tasks.” It doesn’t even take that much sweat to keep your brain in good shape.

It doesn’t even take that much sweat to keep your brain in good shape. A study conductedby the department of exercise science at the University of Georgia in 2003 found that an exercise bout of just 20 minutes is enough to change the brain’s information processing and memory functions.

Like other muscles in your body, if you don’t use the brain, you’ll eventually lose it. This means it’s crucial to exercise your brain and keep it stimulated.

Tara Swart, a senior lecturer at the Massachusetts Institute of Technology, notes that it’s especially important to target areas of your brain that you use less frequently. Good suggestions for stretching your brain muscles include learning to speak a new language, learning to play a new instrument, or even learning to juggle.

To enhance his own cognitive prowess, author James Altucher tries to come up with new ideas every day. He writes about his daily system:

Take a waiter’s pad. Go to a local cafe. Maybe read an inspirational book for 10 to 20 minutes. Then start writing down ideas. The key here is, write 10 ideas … a waiter’s pad is too small to write a whole novel or even a paragraph. In fact, it’s specifically made to make a list. And that’s all you want, a list of ideas.

Mid-way through the exercise, Altucher says his brain will actually start to “hurt.” Whether he ends up using the ideas or throwing them away is not the point. But it is important to vary your routine. Harvard psychologist Shelley H. Carson, author of Your Creative Brain, also believes that mixing things up and even allowing yourself to become distracted can be an important cognitive tool.

Mothers everywhere were really onto something when they instructed their children to sit up straight. Not only is an upright position found to increase energy levels and enhance our overall mood, it’s also been shown to increase our confidence, as in this 2013 preliminary researchconducted by Harvard Business professor Amy Cuddy and her colleague, Maarten W. Bos.

Positioning yourself in a powerless, crouched position can make your brain more predisposed towards hopelessness. In the study, the researchers found that people who sit in collapsed positions—usually adopted to look at small wireless devices like smartphones and tablets—were less likely to stand up for themselves. Participants with bad posture were also the slowest to ask if they could leave when the experiment had been declared over. On the other hand, participants who were randomly assigned larger devices, like laptops and desktops, were more likely to sit upright and be assertive in asking if they could leave.

From a purely cognitive perspective, positioning yourself in a powerless, crouched position can make your brain more predisposed towards hopelessness, as well as more likely to recall depressive memories and thoughts. Researchers say this phenomenon is ingrained in our biology and traces back to how body language is “closely tied to dominance across the animal kingdom,” as Cuddy writes in her new book, Presence.

So what’s the best way to ensure you feel powerful in both body and mind? Erik Peper, a professor who studies psychophysiology at San Francisco State University, advises checking your posture every hour to make sure you’re not in the iHunch, or iPosture, position. He also advises bringing smaller devices up to your face while in use instead of forcing yourself to look downward at them in a collapsed position.

Sleep with your phone away from your head

There’s a lot of myths and half truths out there about how—and if—your smartphone may be affecting the brain. While there is still a lot of research that needs to be done on the topic of wireless devices, there does seem to be a link between blue light—emitted by electronic screens including those of smartphones—and sleep. Interrupting or changing our sleep patterns is bad for a lot of reasons. For example, lack of enough deep sleep could be preventing us from flushing harmful beta-amyloid from our brains.

According to Tara Swart, a senior lecturer at MIT specializing in sleep and the brain, our brains’ natural cleansing system requires six to eight hours of sleep. Without it, brains eventually encounter major build-ups of beta-amyloid, a neurotoxin found in clumps in the brains of people with neurological disorders like dementia and Alzheimer’s disease.

While scientists have always known that the brain cleanses wastes, much like the body, the sophistication of this cleansing system wasinvestigated in 2013 by Maiken Nedergaard of the Center for Translational Neuromedicine at the University of Rochester. This study found “hidden caves” that open up in our brains when we’re in a deep enough sleep. This liquid cleaning system, dubbed the “glymphatic system,” enables copious amounts of neurotoxins to be pushed through the spinal column.

So, exactly how far away do you need to keep your smart devices? We’re not completely sure, but Swart says it’s a good idea to not sleep with it next to your head. Ultimately, keeping our brains healthy takes willpower and resilience, just like with any other part of our bodies. But as research shows, staying sound of body and mind as we age is certainly possible—with a little effort.

V
5 rituals that will help your brain stay young

Mar 2, 2016
yesmohan
Y
R
I want to do Rameswaram, Kashi, Gaya rituals. Can any one elaborate the sequence of activities. I want to do it our traditional way. Please help.