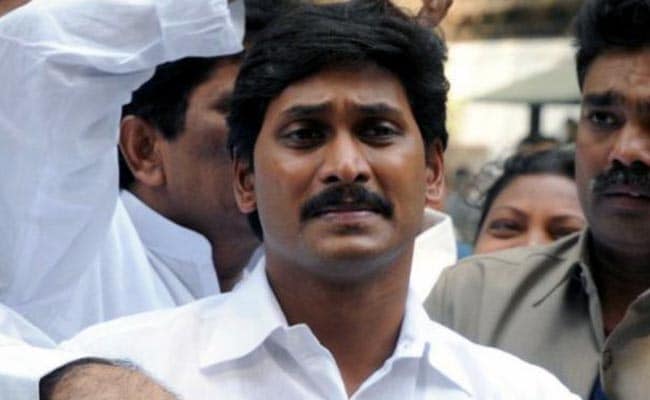 
An individual in Hyderabad used the recent amnesty scheme to disclose 10,000 crores of black money to the government.

The two top leaders of Andhra Pradesh have both written to Prime Minister Narendra Modi, insinuating that the other is the tax evader.

Chief Minister Chandrababu Naidu has stated "Is it possible for a businessman to declare such huge money?" alluding to the vast business empire of opposition leader Jagan Mohan Reddy. His ministers abandoned even that skimpy discretion to straight out name Mr Reddy yesterday.

Meanwhile, Mr Reddy, who heads the YSR Congress, named after his father, said the Chief Minister's knowledge of the case implicates him. Of the 13,000 crores disclosed in Hyderabad, 10,000 crores was attributed to one person.

"How is that Mr Chandrababu Naidu alone is privy to this information? If true, then the person declared should have been a 'benami' (proxy) of Chandrababu Naidu. Otherwise, how can he be so specific on the numbers?" Mr Reddy wrote in his letter to PM Modi.

Before the last election in 2014, Mr Reddy, at one time among India's richest parliamentarians, disclosed he was worth 416 crores. In multiple corruption cases, the Enforcement Directorate, which investigates financial crimes, has seized property and bank accounts worth nearly 2,500 crores linked to companies that he is linked to, either directly or through alleged proxy holdings.

The government has made it very clear that no names will be revealed for those who declared their untaxed money and sought to make amends by paying penalties. The amnesty scheme, which spanned four months, collected disclosures of 65,000 crores in total.

This Quiz is an Adventure. How is Yours Going to End?

Enough is enough, we ask for equality and respect: Dwayne Bravo joins Darren Sammy and Chris Gayle against racism

Jun 26, 2020
Janaki Jambunathan
J
V
“The Coronavirus will explode because India is full of irresponsible idiots who ask everything from the government but do nothing in return.”