Share:
Facebook Twitter WhatsApp Email Share Link
Let’s face it, India’s Hindu community has never had it so good in terms of profile and power. Hindus are over 80% of the population. Yet, they have never felt so firmly in political control. Today, the community feels their aspirations are being represented and supported. From new temples to yoga to Ayurveda, it is all finally mainstream and promoted extensively.

The BJP government at the top seems to be firmly aligned with the community. The head of the government is loved by a large section of the community. A Hindu priest is CM of India’s most populous state. Social media is dominated by Hindu support. Most of the traditional media also caters to the Hindu agenda.

The elitist, annoying, sanctimonious, English-speaking liberals who dominated media and opinions in the past are now reduced to a stub. Most work for loss-making web portals and that too until the portal runs out of funding money. Terrorism, most of which was caused by Islamist fundamentalist movements, is at an all-time low.

Politically, socially, culturally – India’s Hindus currently dominate in all aspects. This has never happened in the past. It all seems wonderful, right? Isn’t it good that a land where the majority never really had real power, finally has that power? Mughals and British dominated us for centuries. Even post-Independence, Muslims seemed aligned to Congress, which in turn seemed to care about Muslim interests more than that of Hindus. So, many think, isn’t it only fair that the clock has come full circle?

We can finally make a wonderful nation, comprising the best aspects of Hindu culture and become a global superpower too. However, practically, whenever religion starts playing a more and more dominant role in politics, governance, culture and societal norms, there are problems.

When everything is seen through the lens of religion, the consequences can be disastrous. History has too many examples of religion mixing too much with politics, leading to the decline of a nation.

Guarding our democracy, freedom and institutions isn’t anti-national or anti-Hindu. It’s the duty of all Indians. For once we lose them, chances are they aren’t ever coming back.

This may be the Hindu moment. But if we think that means it is okay to show Muslims their place in India (as second-class citizens), we are destroying something crucial. We are destroying equality, justice and harmony, all essential to make a modern, progressive nation. We are also enabling more fundamentalism. For if Hindus can dominate Muslims a little bit, why not a bit more? Where will we draw the line? Chances are, we won’t be able to.

Again, none of this is imminent. India’s democracy is not currently under threat. However, the needle has slightly moved towards Hindu dominance/fundamentalism. This is the time to be aware of the consequences, if the needle moves too much. Before it gets too late. And chances are, when it is too late, we won’t even be able to write or read articles like this.

So, what do we Hindus want more? Hindu dominance at all costs? Or maybe just some respect for our religion but also keeping India’s foundations of a modern democracy intact? This collective choice is what will determine our future.

Enjoy the Hindu moment but keep India intact too. 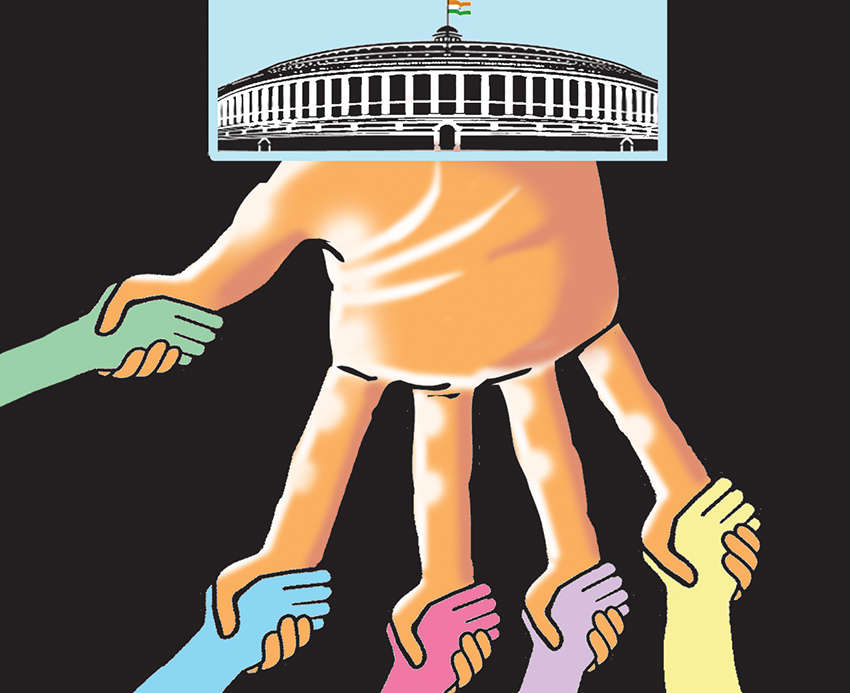 Let’s face it, India’s Hindu community has never had it so good in terms of profile and power. Hindus are over 80% of the population. Yet, they have never felt so firmly in political control....

க
For the fiberals, hindus should have no human rights

Dec 4, 2007
Desi
D
G
Kanu pidi should be kept separate turmeric leaves or all together

Should Hindi be opposed by non Hindi speaking states?

Do you know why hair should not be cut or shaved on Tuesdays?