What If We Have Tamil PM: Shashi Tharoor To Sushma Swaraj On Hindi In UN

NEW DELHI: External Affairs Minister Sushma Swaraj and Congress leader Shashi Tharoor traded barbs in the Lok Sabha on Wednesday over making Hindi an official language at the United Nations.
Mr Tharoor questioned the need to push it while the Minister called his remark "ignorant".
Sushma Swaraj, in her reply to a question, said: "It is often asked why Hindi is not an official language in the UN. Today, I will want to tell the House, the biggest problem is the procedure."
The Minister explained that as per the procedure, two-thirds of the 193 members of the organisation -- which comes to 129 -- will have to vote in favour of making Hindi an official language and also share the financial expenditure that would be incurred in the process.
"The problem comes when apart from voting, the burden of the amount also falls on them. Economically weaker countries that support us shy away from this. We are working on it, we are making attempts to get support of countries like Fiji, Mauritius, Surinam... where people of Indian origin are there.
"When we get that kind of support and they are also ready to bear the financial burden, it will become an official language," she said.

When a member pointed out that making Hindi an official language will require an expenditure of Rs. 40 crore every year, Ms Swaraj said: "Not just Rs. 40 crore, the government is ready to spend Rs. 400 crore on it."
She, however, added that spending money would not serve the purpose.
Sushma Swaraj also highlighted that Prime Minister Narendra Modi and she had spoken at the UN in Hindi.
"Even when we have (foreign) guests, if they speak in English, we speak in English. If they speak in their own language, we speak in Hindi. As far as glory of the language is concerned, the External Affairs Ministry never had so much work done in Hindi as now," she said.
Mr Tharoor, who worked in the UN and announced his retirement after finishing second in the 2006 election for UN Secretary-General, questioned the need to push for Hindi, which he pointed out was not even the national language of India.
"Hindi is not the national language, it is an official language. Seeking to promote Hindi raises an important question. Why do we need an official language in the UN? Arabic does not have more speakers than Hindi, but Arabic is spoken by 22 countries, whereas Hindi is only used as an official language by one country -- us," he said.
"The question is what purpose is being served by this. If indeed we have a Prime Minister or Foreign Minister who prefers to speak Hindi, they can do so and we can pay to get that speech to be translated. Why should we put our future Foreign Ministers and Prime Ministers who may be from Tamil Nadu in a position," he said.
"The government has to defend its position. I understand the pride of Hindi-speaking people, but people of this country who do not speak in Hindi also take pride in being Indian," he said.
The statement did not go well with several members of the treasury benches who raised the pitch in protest.
Ms Swaraj said Hindi was spoken in several other countries as well as by the Indian diaspora abroad. "Saying Hindi is spoken only in India is your ignorance."
In a written reply, she said India was in touch with 129 countries to make this happen

With Rs. 40 crores an year, Government can implement many such schems were poor people can be benifitted. As rightly said by Taroor, translation is the cheap and best method whenever necessary.

GANESH65 said:
With Rs. 40 crores an year, Government can implement many such schems were poor people can be benifitted. As rightly said by Taroor, translation is the cheap and best method whenever necessary.
Click to expand...

Agreed.
He is right and also Hindi alone can not represent India.
Sushma swaraj is the ignorant one here..even in other countries only some northern indians speak Hindi.

No other races speak Hindi.

Even Pasthuns out here in Msia only speak Pastho and have learnt Malay.

In Msia Punjabi sikhs only speak Punjabi and dont speak Hindi and dont understand Hindi too well too.

Sushma is totally not willing to get the facts right.
Last edited: Jan 4, 2018
V

External Affairs Minister shared a video of her speaking in Kannada, to prove her multi-lingual credentials.
[h=1]After Tharoor’s barb, Sushma shares video of her Kannada speech from 1999 election rally[/h]
"I am proud of all Indian languages. I speak some of them fluently,” Swaraj said.

Hours after External Affairs Minister Sushma Swaraj and Congress leader Shashi Tharoor traded barbs in the Lok Sabha on Wednesday over making Hindi an official language at the United Nations, the former shared a video of her speaking in Kannada, to prove her multi-lingual credentials.

The video was shared in response to a tweet, which asked Sushma to “come learn the South Indians languages” as “they were beautiful”.

In response, Sushma said, "I am proud of all Indian languages. I speak some of them fluently."

With the tweet, she shared a video of an election rally in Bellary in August 1999, where the Minister can be seen campaigning with BJP veteran Atal Bihari Vajpayee and now Andhra Pradesh Chief Minister N Chandrababu Naidu.
[h=1]Read more at: https://www.thenewsminute.com/artic...-her-kannada-speech-1999-election-rally-74147[/h]

Sushma Swaraj may speak 500 languages in her personal capacity. But here, in this case, she is projecting Hindi as The Indian Language. In her defense, she is only promoting the Party platform. She did not take into account of Tamil position.
V

Of course, Shashi Tharoor is entitled to have his own opinion..
[h=1]Can a non-Hindi speaker become India’s PM? Kamaraj and Pranab didn’t think so[/h] 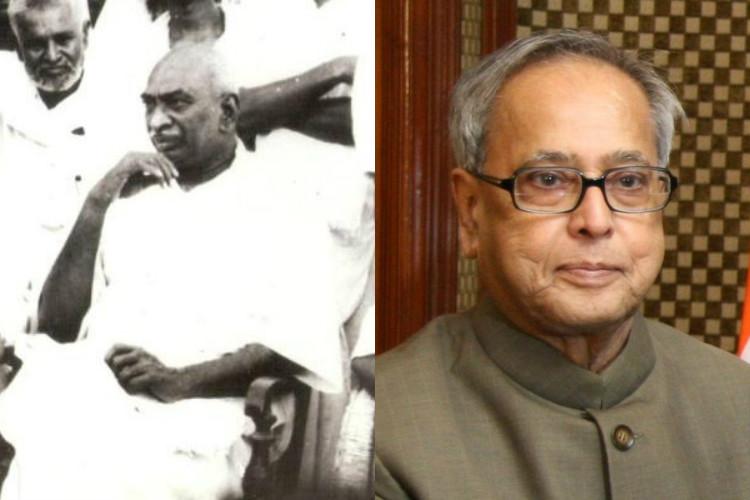 “No Hindi, no English, how can I be PM?” Kamaraj once asked.

"If tomorrow, someone from Tamil Nadu or from West Bengal becomes the Prime Minister, why should we force him to speak in Hindi at the UN?" This was Thiruvananthapuram MP Shashi Tharoor’s strong objection against making Hindi an official language in the United Nations.

And while the ‘Hindi imposition’ debate has been alive and kicking for several decades now, it appears that one political leader passed up the nation’s top job for not knowing Hindi or English. The man was none other than late Tamil Nadu (then Madras State) Chief Minister K Kamaraj.

Despite being President of the Congress party between 1964 and 1967, Kamaraj had no personal ambition to become Prime Minister after Jawaharlal Nehru’s death.

Shoib Daniyal in Scroll.in writes, “After the first prime minister’s death in 1964, Kamaraj emerged as the most powerful leader within the party, with enough control to play king-maker. He scotched the prime ministerial ambitions of both Morarji Desai and Jagjivan Ram,
pushing Lal Bahadur Shastri as Nehru’s successor instead.”

Shastri, however, passed away in less than two years, making Kamaraj the obvious choice for Prime Ministership. But it was not to be, with Kamaraj, the then Congress President, making it clear that he was not even in the race. In an interaction with the press in Delhi, Kamaraj reportedly explained his rationale: “No Hindi, no English, how can I be PM?”

[FONT=q_serif]Devegowda managed a thirteen party coalition when no other leader was ready to take up the role of leading such an unstable, minority government.


If I remember correctly, He did not speak Hindi or English.[/FONT]
V

prasad1 said:
[FONT=q_serif]Devegowda managed a thirteen party coalition when no other leader was ready to take up the role of leading such an unstable, minority government.

If I remember correctly, He did not speak Hindi or English.[/FONT]
Click to expand...

You may please go through this well written article which will answer all your queries.

Government of India at Centre is an Hindian (like Tamilian) dominated Government where only Hindian politicians have more power and ‘say’ and control over the functioning of the Government.

Even if we have Tamilian Prime Minister which may prove to be a puppet in the hands of Hindian dominated leaders.

It is an unwritten law that only Hindians or Hindian-Puppets can become P.M.

While this being the fact, why should we waste our time and energy by engaging in rancorous debate… I am not certainly for that…

Think for a while…

How you ever seen a senior Hindi politician opposing Hindi imposition…?

Have you ever seen an Hindi Politician calling for a devolution of powers to States…?

BTW why Rajaji was sidelined…?

Why Kamaraj was attacked..?