TV news is in crisis. Regulate, reform it

Gold Member
Share:
Facebook Twitter WhatsApp Email Share Link
The time for news channels to introspect is long overdue. News channels have a legal and moral responsibility to provide factual and informative inputs to society. Sane voices such as former Prime Minister Manmohan Singh’s appeal “for self-restraint” or Vice-President Venkaiah Naidu’s condemnation of “Sensationalism, yellow journalism and TRP-generating news...” have had little impact. The Delhi High Court’s humorous comment in Tharoor vs Goswami that “TV viewers who want to watch action films should (instead) watch TV debates on current affairs...” is more a cry of anguish. The nation wants to know when we will have news without the noise and content sans fiction.

The toxic triangle of viewership, ratings and revenue is the catalyst driving most debates and that paradigm must be continuously stigmatised along with use of a relentless societal scissor to cut this Gordian knot. The clear line between editorial and commercial decisions, and between news and entertainment, must be restored. Uneven debates, deliberate interruptions, verbal blood sport, conscious invitation of biased and malicious participants, strategic muting of mikes, the formulation of one-sided themes and unevenly numbered viewpoints are standard tactics for driving TRP ratings and advertisement revenue. Serious news items are presented as popular crime thrillers and extremist anchors pose a potent threat to democracy. A set of reforms are now essential.

One, the corruption of and connivance between TV channels and rating agencies is an open secret. For sanity in studios and on screens, an ecosystem that goes beyond this ratings-driven practice and which is citizen-centric and democratic is vital. Only the legislature can do this by inaugurating a credible, independent rating regulator.

The second minimalist reform is the accountability of the media or, more importantly, the awareness and acceptance of such accountability. No freedom is absolute: Reasonable restrictions are inevitable. If progress without freedom is impossible, democracy without discipline is chaos. The courts must be quick and decisive whenever the media transgresses the Laxman rekha.

In the Sahib Singh case (1965), the apex court said that journalists “have no greater freedom than others to make any imputations or allegations sufficient to ruin the reputation of a citizen…..Reckless comments are to be avoided”. The problem lies in these principles not being enforced.

The third reform, industry self-regulation, was meant to be the key to maintaining standards. The News Broadcasters Association (NBA), the watchdog for visual media, has enough power to stop unethical practices. From prohibiting an anchor/presenter from making derogatory, derisive or judgmental statements to ensuring that programmes do not become a platform for spreading acrimony to controlling egregious behaviour, the regime is comprehensive and unequivocal. The problem is that these powers have not been used effectively because of a conspiracy of silence, the incestuous nature of an exclusive peer club, the chalta hai attitude and an old boys’ cartel, which seem too powerful for NBA to bust.

Enforcing the ethics code and ensuring compliance is anathema to the fourth estate, at least voluntarily. But democratic spirit itself demands that media not take undue advantage of its powers. Have we seen anything like what we see in India on any British, Australian or Canadian channel or even the more aggressive American channels? The BBC and its guidelines not only mandate appropriate respect and dignity during programmes but also hold themselves accountable by law for any defamatory comments during shows. The Swiss Federal Act has similar provisions for visual programmes as does Hong Kong which ensures great accuracy and impartiality in news programmes.

If the diagnosis of the disease is obvious, disciplined self-medication is the prescription. Sermons have not worked. Reliance on voluntariness has been construed as weakness and trespasses have not been visited with harsh consequences. For example, NBA has a range of powers — warn, admonish, censure, express disapproval, impose a fine upon the broadcaster and /or recommend to the concerned authority for suspension/revocation of its licence. But it has never imposed the last, and very occasionally, the penultimate penalty.

As the industry’s conscience-keeper, NBA must get its teeth into the issue. Its advisories must increase and their slightest violation should evoke harsh warnings and penalties. Make an example of a few egregious violators. NBA has nothing to lose except its passivity and much to gain. A clear message sent to a few, consistently and even-handedly, will lead to a tangible and decisive change in temperature, content and direction and invite huge appreciation from the public. 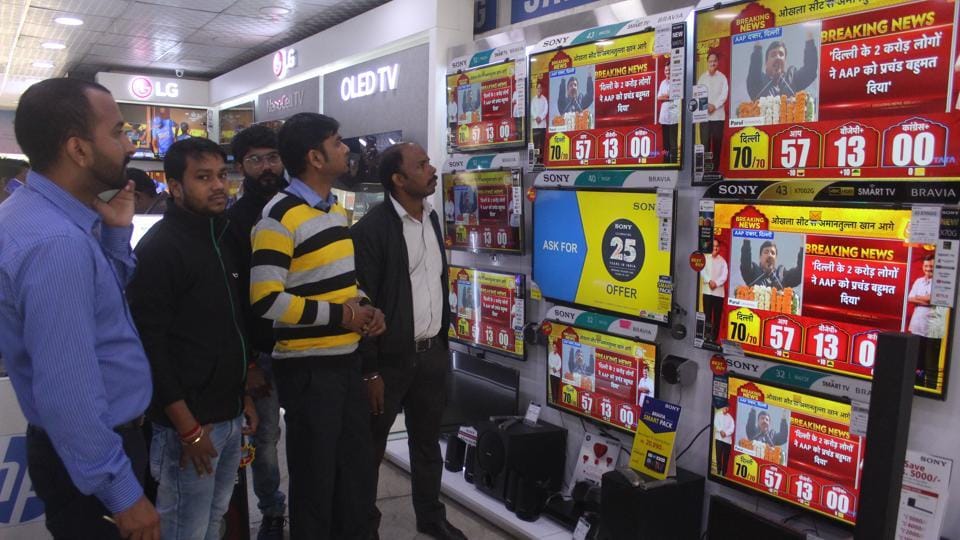 TV news is in crisis. Regulate, reform it

A mix of legislative moves, judicial monitoring and industry self-regulation is needed

India's Covid-19 crisis is a problem for the world

Not religion, the Markaz crisis is about health, and irresponsibility

Apr 9, 2020
vembuv
V
V
Coronavirus in America: why the US has struggled to tackle a growing crisis