Highlights
"How can they (tourists) visit Kashmir when mobile phones
and internet facilities are shut? " ?said Abdul Rahman Malla ..

India News: Top hoteliers and tourist bodies across the Valley have ridiculed the directive of J&K governor, SP Malik, who asked the state administration to t

Friday marks the 68th day of uncertainty in Kashmir. Markets remain shut and public transport is off the roads. There are very few signs of normalcy returning to the restive Valley any time soon.

“Closed shops. No public transport,” reads the advertisement. “Who benefits?”

The appeal was made at a time when both the government of India and the state government, continue to claim that situation in Kashmir was normal. “Are we going to succumb to militants,” reads the advertisement. “Think!!!”

For more than two months now, several parts of the state of Jammu and Kashmir (J&K) have been without access to mobile telephony and the Internet. The shutdown was imposed around the time the Central government – with parliament’s approval – made fundamental changes to J&K’s status under the constitution.

A few weeks ago, the media reported the government’s claim that all landline services across the state and post-paid mobile telephone services in some parts of the Valley had been restored. Speaking at an event organised in New Delhi by former civil servants, Union home minister Amit Shah said that the restrictions are only in some minds and not in J&K. Evidently, he was referring to the minds of those opposed to the changes being imposed on J&K, including the opposition parties.

The Union home ministry (MHA) has now confirmed Shah’s statement. A few days ago, the MHA replied to a query under the Right to Information Act saying they it did not have any papers relating to the restrictions on telecommunications imposed in that state. It also claimed innocence of knowledge vis-a-vis the widely reported arrest and detention of politicians and social activists who are residents of J&K.

Shah is also reported to have asked participants at that New Delhi event whether the lack of telephone services is a violation of fundamental rights. It appears that MHA officials slipped up in briefing him about the recent Kerala high court’s judgment that access to the Internet, especially through mobile telephone service providers, is a fundamental right deemed to be a part of the right to life under Article 21 and the right to education guaranteed under Article 21-A of the constitution.


As a result of this lack of basic knowledge of rights, not only have the several fundamental freedoms of Kashmiris, but also the rest of India’s right to know have taken a severe beating under the enforced policy of “One Nation, One Constitution. 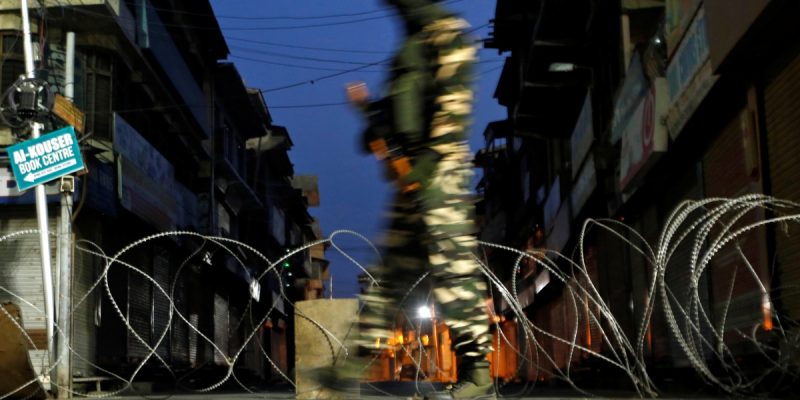 Home Ministry Believes in Internet Ban, Mass Detention But Not in Paperwork