Gold Member
Share:
Facebook Twitter WhatsApp Email Share Link
Air India’s (AI) third attempt to secure a buyer is likely to draw a blank. The bid, which closes on October 30, is expected to be postponed again. The restrictive terms have scared away buyers each time.

In the new terms proposed, the government wants to offer 100% equity for sale of the airline and has wisely bundled Air India Express (the low-cost carrier unit) along with engineering and other subsidiaries — including its stake in joint ventures in catering, cargo, ground handling and other operations. It has excluded all real estate assets across the country, including the AI building in Mumbai.

But there’s still an astronomical debt of around Rs 23,000 crore that is part of the bid. The ostensible logic here is that the assets are also of an equal amount. And therein lies the rub. While the debts are determinate, the assets are not. Most aircraft are on lease. Other high-value assets, including planes, which have been purchased over the years, and contracts will be of questionable value. There are allegations of corruption, and investigations by the Central Bureau of Investigation (CBI) and other agencies are in full swing.

It is impossible for bidders to complete due diligence in such a short time-frame to get a realistic asset value to be able to make a bid. The lease rentals earlier negotiated may also have to be renegotiated. The government cannot deny these apprehensions as it has itself initiated enquiries and is keen to press charges.

Closing the airline cannot be an option. That will mean wilfully absorbing all the liabilities while losing the best value that could be realised via a thought-through transparent bidding process in a timely manner. That is feasible only if AI is sold as a going concern. Though it has lost its sheen, it is still a much-loved brand, and has huge potential that can be unlocked by the right strategic investor, provided the government makes comprehensive changes in the terms.

AI has a vast domestic and global network to key destinations, assured time slots and space in prized airports with airside access, hangars, engineering backbone, infrastructure, trained engineers and flight crew, bilateral rights, assurance of continued protection of those rights, huge aircraft orders with delivery timelines, and revenue of around Rs 25,000 crore, which can be doubled with better management in a short period. All these can ratchet up its valuation to about Rs 50,000 crore, comparable to rival carrier Indigo, by listing it after three to four years with the right restructuring, management and leadership.

Offering AI as a zero-debt company will enable quicker and easier due diligence by bidders. In turn, they will gain confidence in what they are buying because it’s not easy to assess the huge inventory of aviation assets and numerous complex contracts. The failed bid of Jet Airways should be an eye-opener.

Here are a few more suggestions that may attract more bidders. First, the bidding process must be a global, open, transparent electronic tender. The shortlisted bidders must first deposit the reserve price in an escrow and the bidding must commence and end within six to eight hours. It must not be a closed “sealed envelope” bid, as is often the practice which, apart from being vulnerable to malpractice, won’t get the best price. It should be an open auction where each bidder can increase the bid price after viewing the offer price of other bidders.

But to get the highest valuation possible, the government must hold pre-tender meetings and understand bidder apprehensions before tender documents are finalised. This is key to attracting the highest number of bidders.

The employees’ question may be the biggest deal-breaker. AI is overstaffed — its staff strength is over 30,000 if all contracted employees are included. The new owner must be allowed to retain only the minimum number of employees per aircraft. The staff strength per aircraft in Indigo is around 70 compared with about 470 in AI, and to be fair, the government must settle laid-off employees through an attractive voluntary retirement scheme by selling some of the airline’s real estate assets.

AI’s trained and skilled manpower of pilots, engineers and cabin crew will definitely be needed by the new management. But the latter must have total freedom on this decision.

This will facilitate a competitive playing field so that the company that wins can focus on the airline.

The successful bidder should mandatorily be made to list AI on the stock exchange within 36 months of the takeover, prescribing minimum levels of Indian public holding of the stock so that it continues being looked up to as a national carrier. If the auction is marketed and managed well, AI will entice many buyers. Those managing the bid must do things differently. It may be pertinent to recall what Albert Einstein said: “Insanity is doing the same thing over and over again and expecting different results”. 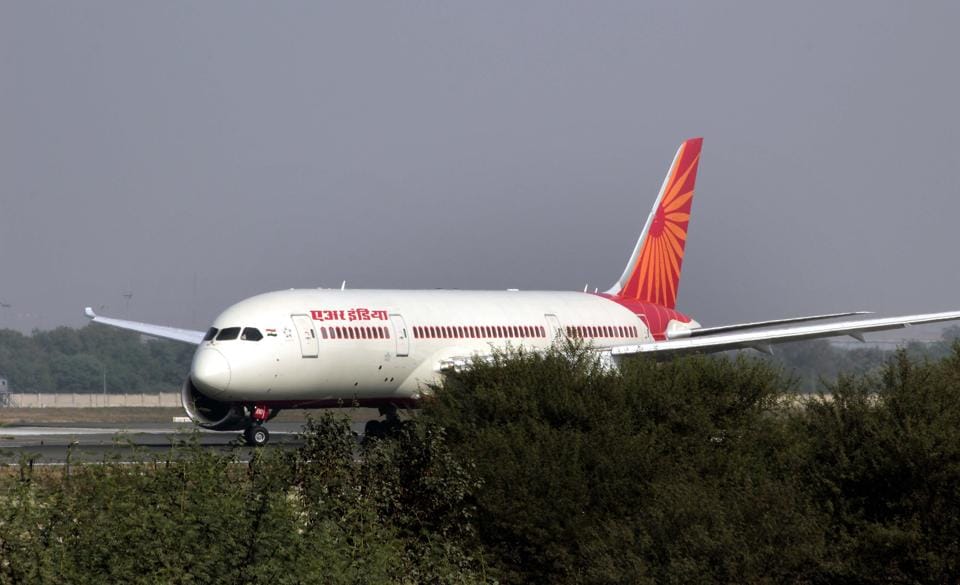 Offer it as a zero-debt company, ensure an open process, and free the new management

Gold Member
Govt does not have the capability to sell Air india . For that matter any other public indertaking.
Periodically noises get made about this. Whenever NDA comes to power they half heartedly attempt and draw some plans. They remain only on paper.
There are too many vested intrests to scuttle sale.
India needs a national carrier even if it makes losses. It might be a better idea to find some competent executives to head and run the airline. It requires more autonomy and less govt interference in running its operations.
India does not lack talent .Perhaps it can be returned to Tatas for running it.
K

Gold Member
Even in Railways attempts are being made to bring in private players to run trains on select routes.They are being given rolling stocks and being given freedom to decide fares.
Already shares of IRCTC and RVNL are listed in stock exchanges.
J

In fact, it is better to do the reverse for airline sector. Nationalise and merge all airlines with air india and normalise the tariffs so that it cuts down the losses or better makes a marginal profit.

Price Competition in a high capital intensive sector and high fixed cost sector like airlines will drive all airline to bankruptcy.

we have problem in indian PSUs....we are neither CAPITALISM NOR SOCIALISM....we are in the middle...

there are many big companies going bankruptsy in USA....make them happen....then problem with

Will TTD sell gold and deposits or approach state for staff salaries?