Gold Member
It is NOT JUST the divorce rate that has increased in recent years. Many engagements break even before the weddings takes place!

The girls reveal their true nature (swaroopam and swabhavam) during their chat with the prospective grooms
shocking them out of their slumber (rude awakening???)

or the boys make their real swaroopam and swabhaavam
made known to the prospective brides!!!

Should we feel happy that a wrong union was prevented OR
feel sad that these boys and girls are so rigid already that
they do not even want to try out the union???

Gold Member
The weddings in which the brides were of a tender and impressionable age had its own advantages.

The brides were young, open to suggestions, willing to learn and willing to please their elders. They had not yet formed their firm outlooks and stubborn opinions. Nor had they cherished their EGO!

They learned the life style of their in-law's house and adopted to their customs and concepts more easily.

They did not have time to fall in love with other boys and mess up their wedded lives. They were like clean new slates which are the best to write upon!

Gold Member
Talking of clean slates made me remember something very interesting! Please read on!

“Tabula rasa” is the theory that individuals are born without built-in mental content. All their knowledge comes from experience and perception.

The proponents of the Tabula rasa thesis favor the “nurture” side of the Nature vs Nurture debate, when it comes to aspects of one’s personality, social and emotional behavior, and intelligence.

The term in Latin equivalent to the English “blank slate” or “erased slate”. The word comes from the Roman tabula the wax tablet used for writing notes. The writings were erased or “blanked” by heating the wax and then smoothing it to give a tabula rasa.

Traces of the idea that came to be called the tabula rasa appear as early as the writings of Aristotle. He wrote the first textbook of Psychology in De Anima or On the Soul, Book III, chapter 4.
However the notion of the mind as a blank slate went largely unnoticed for more than 1,000 years.

In the 11th century, the theory of tabula rasa was developed more clearly by the Islamic philosopher, Ibn Sina. He argued that the “human intellect at birth is rather like a tabula rasa, a pure potentiality that is actualized through education and comes to know”.

The knowledge is attained through familiarity with objects in this world from which one abstracts universal concepts. This is developed through a syllogistic method of reasoning;

” Observations lead to prepositional statements, which when compounded lead to further abstract concepts.”

He further argued that the intellect itself “possesses levels of development from the material intellect, that potentiality can acquire knowledge to the active intellect. The state of the human intellect at conjunction with the perfect source of knowledge.”

In the 12th century, Ibn Tufail demonstrated the theory of tabula rasa as a thought experiment. He depicted the development of the mind of a feral child from a tabula rasa to that of an adult, in complete isolation from society, on a desert island through experience alone.

The translation of his novel entitled Philosophus Autodidactus, published in 1671, had an influence on John Locke’s formulation of tabula rasa in An Essay concerning Human Understanding.

Tabula rasa is also featured in the psychoanalysis of Sigmund Freud. He depicted personality traits as being formed by family dynamics.

Freud’s theories imply that humans lack free will, but also that genetic influences on human personality are minimal. In psychoanalysis, one is largely determined by one’s upbringing.

Tabula rasa is also used by 18th century philosopher Jean-Jacque Rousseau in order to support his argument that warfare is an advent of society and agriculture, rather than something that occurs from the human state of nature.

Since tabula rasa states that humans are born with a “blank-slate” Rousseau uses this to suggest that humans must learn warfare.

The tabula rasa concept became popular in social sciences in the 20th century. The idea that genes (or simply “blood”) determined character took on racist overtones.

By the 1970s, some scientists had come to see gender identity as socially constructed rather than rooted in genetics – a concept still current although strongly contested. 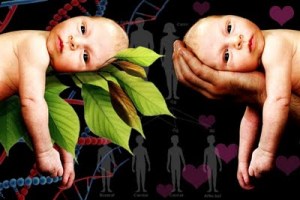 “Tabula rasa” is the theory that individuals are born without built-in mental content. All their knowledge comes from experience and perception. The proponents of the Tabula rasa thesis…

Visalakshi Ramani said:
Can I make a wild guess as to who is in charge of the pantry
and / or cooking???
Click to expand...

ha ha ha Madam I am born with sisters and three bros. Do you think my mother allows me to enter the kitchen. highly impossible, for your query my wife does it even now , ok. I hope I have clarified your doubts.
OK jokes apart, please tell me all the 5star hotels have chef as men, do you agree? Even in puranic stories, we were told Nala Bagam, Bheema is an expert in cooking. I hope they are men.
If you happen to be in Europe or US, either for studies or for work, and if you happen to be Veg, is it not better to learn cooking??
N

ஔவையார் is very intelligent and hence she prayed for old age to avoid such complications.
and Pillayar granted her wish.
N

a correction in my posting, I am born with 5 sisters....

Gold Member
Whoever we may be and whatever we plan to do, learning cooking is as essential as walking and talking for our very existence.

I brought up my to sons like two little princes and never made them do any work in the kitchen.

They cook better than their wives now since they had to survive of the scholarship they received.

Men are the cooks we find in most of the catering services. All my brothers in law are expert cooks - giving their respective spouses extra sleeping time, breathing space and elbow room.

As for my master the story is different. He is used to getting everything DONE by me - rather than doing anything for me.

All knowledge is power - even that of cooking!
N

and this " tabula Rasa " is a town Telengana. I wonder all people started with clean slate, and so named??

naithru said:
ஔவையார் is very intelligent and hence she prayed for old age to avoid such complications.
and Pillayar granted her wish.
Click to expand...

But in those days women were safe to roam around day or night and eat the clean food offered with respect by the householders!

Now I doubt whether ஔவையார் will survive safely even for one night outside in the open!

Gold Member
Originally it must have been a ' Table of (soma) rasa'
which later got corrupted to 'Tabula Rasa' !

God and the Doctor we alike adore,

But only in danger not before,

When the danger is over

God is forgotten and doctor slighted.

Gold Member
My father used to say this often...

A doctor SHOULD NOT take long leave!

IF HE DOES, then the patients will realize that
they become alright even without the doctor's treatment.

I think a writer should not take too many days off!

The people will forget him sooner than the time
it TAKES TO SAY, "DROP YOUR HAT!"

Gold Member
My father used to say this often.

The same theory can be extended to actions as well!

Projection of oneself onto the others is
the root cause of most misunderstandings.

Unless people stop adding shades of their own-selves
into the words and actions of others misunderstandings can never be ruled out!

Don't look at the world through tinted glasses!

Gold Member
I saw a beautiful girl in the Eye Clinic. There was something different about her - but it only made her look more beautiful.

I realised that she was having a small bone growth - the size of half a marble children play with.

It was right at her Eyebrow Centre and the girl had painted her thin and long, tikA ( pottu ) right in the middle of the bump with a black kAjal.

Instead of looking like an ugly bump, it actually highlighted her pottu and made her look more beautiful.

I liked the idea - instead of trying to hide the bump she had cleverly used it to her advantage.

Gold Member
If looks can kill....I may not be here right now!

I usually like people - all sorts with all their shortcomings and idiosyncrasies. No one is really perfect any way... right?

No one can be really perfect except God.

But of late I wished to avoid being seen by someone who had neither good wishes for me nor any good thought about me!

How do I know?

Well those looks convey those thoughts as clearly as spoken words! So the hide-and-seek game went on as best as possible- since the character I am speaking about is rooted to the window-unseen by the other but seeing everything day and night!

I want to try out all the new dresses stitched by me from the old saris - to find out if they needed any adjustments / alterations.

So the dress I wore to the temple yesterday evening was new by the sari it was made from was not new. It was pearl color and usually it suits me well since my lucky gem is pearl.

When I got out of my front door, that weird character happened to be right there in front of my door and gave me a LOOK!

It felt like a ball of fire hitting the nape of my neck. I somehow plodded on to the temple near the colony gate and settled down in a plastic arm chair.

But my mind was not focused. My eyes went dim and the world suddenly became surreal. I got a fear whether I will be able to walk back home or will need to be assisted by two or more people!

I could not sing the usual songs! I just closed my eyes and sat taking deep breaths and meditating on Devi. I felt slightly better after half an hour and was able to walk back home!

I am a staunch devotee of HanumAnji who can drive away bootha, prEtha, pisAsu...... but a living demon???

I could not help wondering what would have happened to a person with less belief in God, less spiritual practices and was less strong mentally!

Gold Member
The temple priest told a pariharam to get rid of those evil eyes.

I went to sleep after performing it as per his instructions. ?

Gold Member
Will there really be a 'grandpa slap fight' ??? 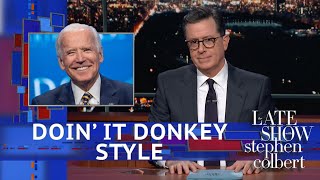