some more in golden ratio in nature, sunflower, pinecones, spiral galaxies, hurricanes, etc.,
oh Great you have revived my memory, thanks
OP

Gold Member
Keys do not obey us any more...
either two of them work together or
none of them work in defiance!
P.S
defiance
/dɪˈfʌɪəns/
noun

Gold Member
We have been seeing The Golden Spiral all around us -
in the sky , on the earth, in plants in the animals and insects- almost everywhere but never stopped to think
why the same pattern appears everywhere!

Gravity needed a ripe apple to land on Newton's unsuspecting head - to be explained and formulated in the form of a Law.

I guess it is the same thing with everything we take for granted!
N

while browsing for golden spiral, I read this
Among all of the unsupported assertions about the golden ratio one of the most puzzling is that the golden rectangle determines the proportions of the Nautilus shell, because it is demonstrably false. Given the flood of misinformation to be found on the internet it is probably inevitable that different versions of the idea are current, and some of them are not so obviously wrong, but it is surprising that it could have arisen in the first place. It is possible to trace its origins back into the nineteenth century, encountering some interesting methods of approximate construction along the way, but the mistake seems to be surprisingly modern.
N

Gold Member
We discover things and theories BUT do not make them public!
I can give you one more example!

Pingala’s famous work is Chandah Sastra , The Art and Science of Prosody. Prosody was an important requirement in all Vedic Rituals, which demanded the purity of utterance. Chandah Sastra consists of eight chapters and the work is dated to the transition period between the Vedic meter and the meter for the Sanskrit epics.

This work presents the first known description of a Binary numeral system. Pingala used the short and long syllables instead of the 0 and 1 used in modern times. The length of a long syllable was twice that of a short syllable.

While describing the Prosody, Pingala developed highly advanced mathematical concepts. Binomial theorem, Binary numerals and Fibonacci numbers can all be derived from his work on prosody.

The discussion of the combinations of Chandahs correspond to the Binomial Theorem. The basis of Prosody has connections with music as well as mathematics. These three are interrelated inseparably.

All these three formed the fundamental parts of Vedic chanting and shared the same foundation found in Chandah Sastra.

The Indian mathematician Virahanka (6th century A.D) showed how the Fibonacci numbers arose in an analysis of the the meters with long and short syllables.

The famous Fibonacci numbers are named after Leonardo of Pisa but they have been described Pingala of ancient India. These numbers appear under the name Matra meru (Mountain of Cadence).

Will the credit of paving way to Binary numeral system, Binomial theorem and Fibonacci numbers be rightfully bestowed on Pingala? 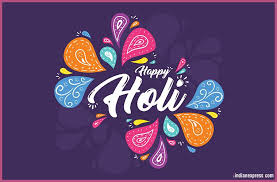 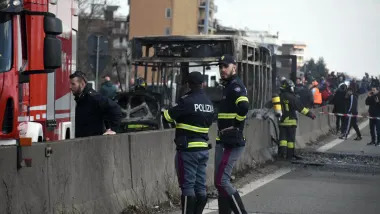 Gold Member
Is the hair thin line of separation between the fake and real fast disappearing ???
If the fish did not eat the men, then the men would eat the fish!

Gold Member
So will he get his award before or after his departure?

Gold Member
I bet the mother wanted her child in one piece!!!

Why did not they opt for a C section???

Gold Member
Wish for the supreme and the serene things in life! 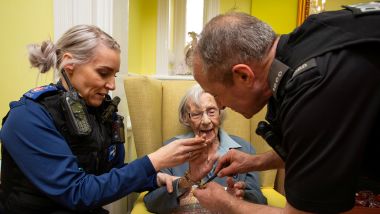 NewsYahoo News UK
Grandmother, 104, 'arrested' by police to fulfill her 'greatest wish' after a life without crime
Anne became the first resident from her care home to be arrested.
OP

Gold Member
Rajini did not suggest or encourage anyone to get into a fatal tiff!!! SO WHY SHOULD HE pay up??? 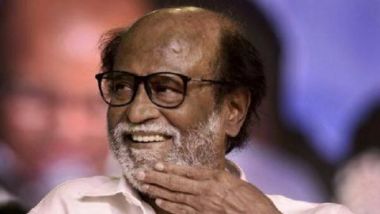 NewsThe News Minute
Man dies in tiff during 'Petta' screening, forum wants Rajini to compensate family
Though the actor seems to have no direct link to the incident or the subsequent death, TNPFTC wants him to set an example.
OP

Gold Member
Drop 'Gandhi' from your name or don't try such dirty stunts!!! 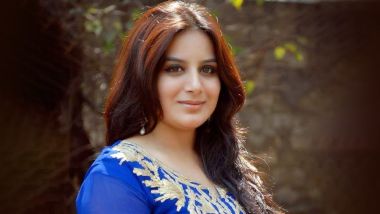 Gold Member
Who could have thought of this brilliant plan of

training pilots using Ipads in less than an hour??? 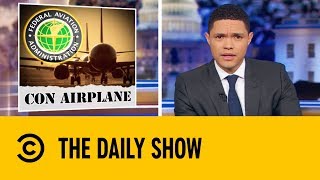 Gold Member
Do we know him and remember him???

Johann Christian Bach
Composer
Available on
Description
Johann Sebastian Bach was a German composer and musician of the Baroque period. He is known for instrumental compositions such as the Art of Fugue, the Brandenburg Concertos, and the Goldberg Variations as well as for vocal music such as the St Matthew Passion and the Mass in B minor. Wikipedia

It's easy to play any musical instrument: all you have to do is touch the right key at the right time and the instrument will play itself.

Music is an agreeable harmony for the honor of God and the permissible delights of the soul.

Gold Member
Know the right pronouns to use!

NewsHe, she, and ze: A guide to modern gender pronouns 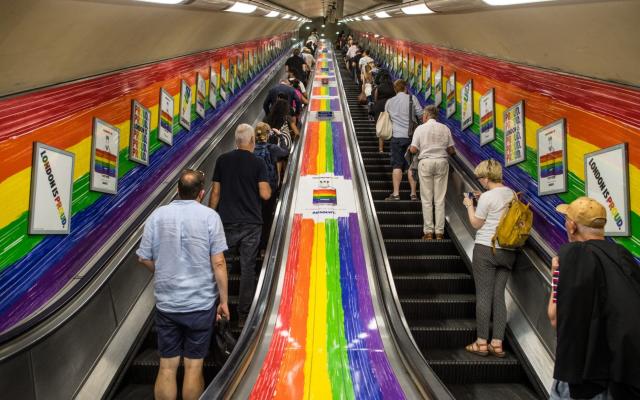 You're due to meet somebody for the first time. Perhaps it’s a colleague for a work meeting, or maybe you've invited your child's new boyfriend or girlfriend over for dinner. You know the traditional rules of engagement: ask their name, shake hands, and maybe exchange some pleasantries about the weather.
But are you definitely using the correct gender pronoun? Is the person you are greeting a “he”, “she”, “they”, or even a “zie”? Until recently, this wasn’t a question that occupied many minds. But with the rise of the transgender rights movement over the last few years, gender pronouns have become a hot button issue, with many well-meaning middle-aged people finding themselves caught in the middle of a very modern minefield.
Indeed, getting somebody’s gender pronouns wrong can have serious consequences, as Caroline Farrow, a Catholic commentator who debates the issue on television, may have discovered this week. The mother-of-five, who has strong religious views, claims she was asked by Surrey Police to attend a taped interview after she was accused of using an incorrect gender pronoun during a discussion on Twitter.
So, how do you navigate this new ethical quagmire? How do you know which gender pronoun to use? And why does it matter anyway? The University of Wisconsin, in the United States, released a ‘Gender Pronouns’ guide in 2011 which has proved popular, copied online all over the world. It gives some useful answers. 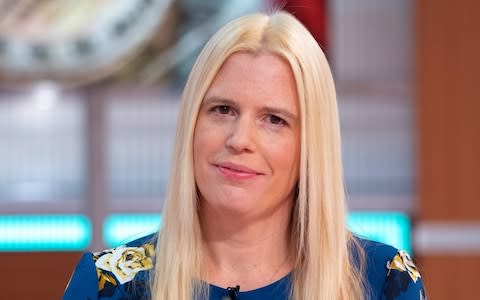 Caroline Farrow, a Catholic commentator, says she asked by Surrey Police to attend a taped interview Credit: Ken McKay/REX/Shutterstock
How do you know which pronouns to use?
According to LGBT activists, you can’t always tell what somebody’s gender is just by looking at them. Referring to a stranger as “he” just because they “look like a man” is a surefire way to land yourself in trouble, they say. Instead, it could be a good idea to ask somebody what pronouns they use when you first meet them.
Several British universities have gone further, trying to eliminate any confusion by introducing ‘pronoun introductions’, where students will routinely introduce themselves at seminars and student union meetings with their name and “preferred pronoun”. Edinburgh University went as far as handing out ‘pronoun badges’ at its freshers fair last year.
Why do pronouns matter?
“Misgendering” a transgender person can be a hugely unpleasant experience, LGBT activists say. The Wisconsin guide says that being referred to with the wrong pronoun can make transgender people “feel disrespected, invalidated, dismissed, [and] alienated”. They say it can also trigger a person’s gender dysphoria, which is defined by the NHS as the discomfort or distress somebody experiences when their biological sex does not match their gender identity.
Indeed, “misgendering” is taken seriously by police in the UK. Last February, an unnamed schoolteacher was told by police she may have committed a hate crime after she refused to acknowledge that a transgender pupil in her class identified as a boy, failing to address him as “he” and “him”.
Which pronouns should you use?
The most common pronouns are the traditional gendered pronouns he/him/his, for people who identify as men, and she/her/hers, for people who identify as women. According to the Wisconsin guide, however, these should not be described as ‘masculine’ or ‘feminine’ pronouns, “because not everybody who uses ‘he’ feels like a ‘male’ or ‘masculine’.”
Next, there is a long list of gender-neutral pronouns, designed for people who don’t identify as a man or a woman.
The most common of these is they/them/theirs, which have become so popular that ‘They’ was voted as Word of the Year in 2015 by the American Dialect Society. The same year, the Washington Post made headlines after declaring that it was grammatically permissible to use “they” when referring to an individual, and “useful in references to people who identify as neither male nor female”.
Another advantage of “they” is that it already exists in English, a language that has historically lacked room for gender-neutral expression. As a result, LGBT activists have had to invent their own words in recent years.
OP

Gold Member
IF this happens in the West will anyone really be spared??? 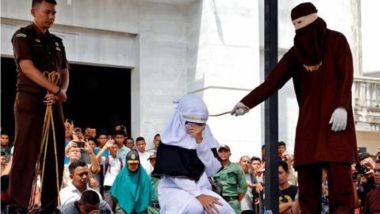 NewsNewsBytes
Indonesia: Five unmarried couples whipped for 'amorous' activities, hundreds watch
Hundreds of spectators gathered outside a mosque in Banda-Aceh, as five unmarried couples got whipped by a masked sharia officer. Couples received the punishment of four to 22 strokes by a rattan
OP

Gold Member
Two quotes come to my mind when I read this news item!

1. One man's cheese is another man's holes.

2. One man's mistake is another man's spouse. 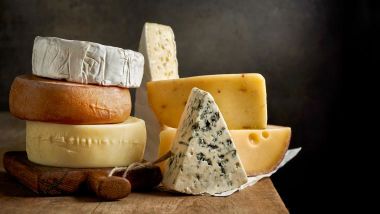 StyleThe Independent
Tesco is selling a £30 wedding cake made entirely out of cheese
Whether you’re on the search for alternative wedding cake inspiration or simply fancy a late night snack, Tesco might have the solution to feed your culinary appetite. A
Similar threads