On Jan. 19, four Indian nationals, including a baby and a teenage boy, were found frozen to death in Emerson, Manitoba, on the Canadian side of the US-Canada border. The police said on Jan. 20 that the four, all native Gujarati speakers, were probably trying to cross over to the US on foot during a blizzard.

Their identities are unconfirmed, but a family from a village in the western Indian state of Gujarat believes those who died were their relatives. They had recently moved to Canada and, for the past many days, had been out of contact.

Five other Indian nationals were found by the US border patrol police, travelling on foot, spurring an investigation into a possible human trafficking racket. Since then, the US has arrested 47-year-old Steve Shand in Minnesota, Reuters reported. Shand was driving with two undocumented Indian citizens when held.

Canada has been a haven for Indians seeking immigration, with a visa policy far more liberal than that of the US. These recent deaths have come as a shock to even the Canadian government.

“It was an absolutely mind-blowing story. It’s so tragic to see a family die like that, victims of human traffickers and of people who took advantage of their desire to build a better life,” Canadian prime minister Justin Trudeau said at a press conference on Jan. 22. “This is why we are doing all we can to discourage people from crossing the border in an irregular or illicit manner. We know there are great risks in doing so,” he said. 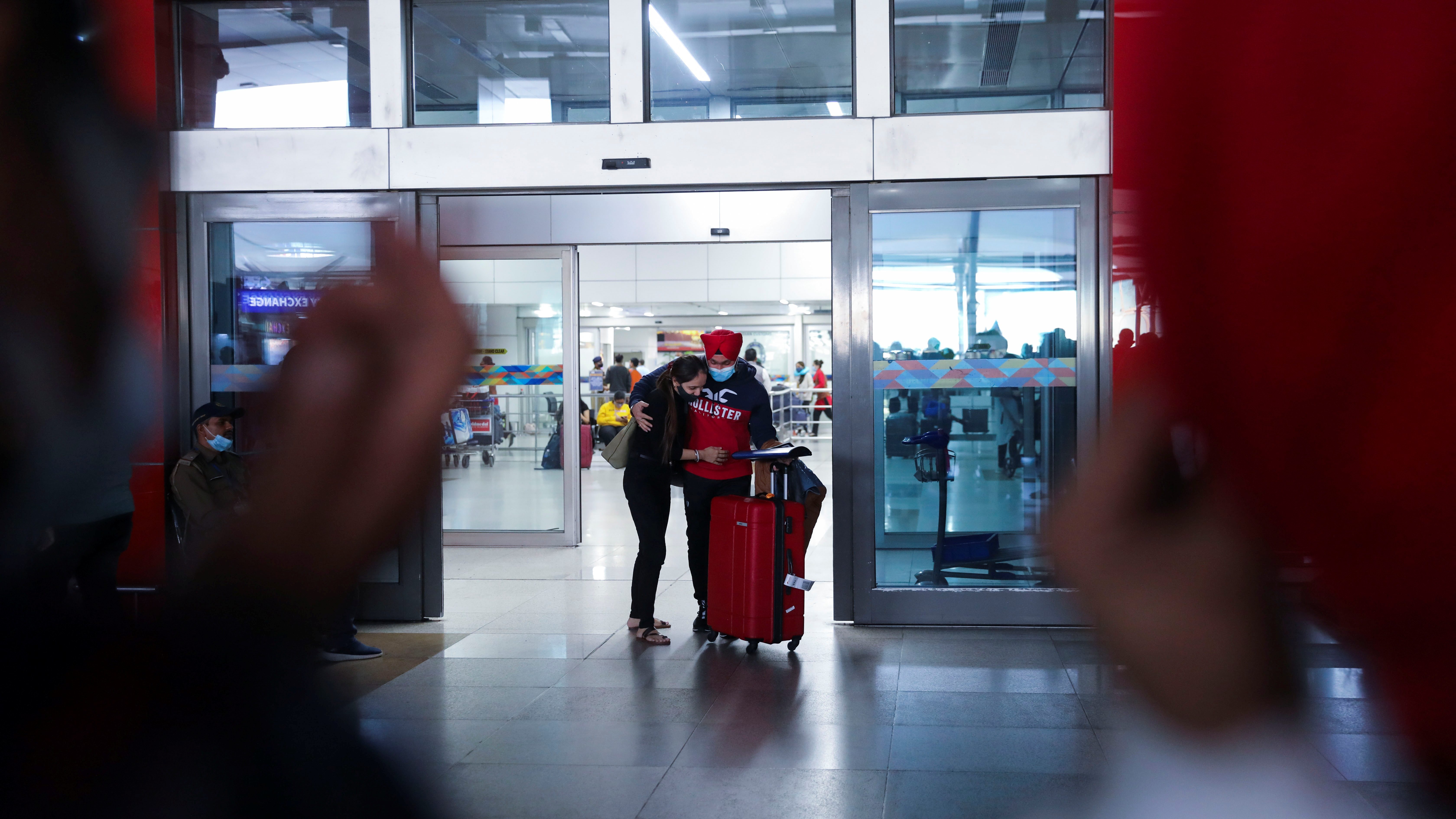 The unemployment rate in India climbed to nearly 8% in December.

Gold Member
Indians and immigration
Indians constitute one of the largest groups seeking immigration. They receive the most H-1B visas, a work permit given by the US to skilled workers.

Under the nebulous policies of the Donald Trump administration, many began eyeing Canada instead. Over 40% of Canada’s workforce in the tech sector, for instance, is made up of immigrants, reflecting the country’s attractive immigration rules.

Yet, the phenomenon underscores India’s own inability to provide gainful employment and prosperity.

“Why do people go to the US, Canada, and Australia? Because there is a lack of opportunity here,” Nitin Patel, Gujarat’s former state deputy chief minister, said during a community event on Jan. 23. “They don’t find jobs despite working hard. This is why they spend huge amounts of money and take a lot of risks to migrate to the US,” he said.

The unemployment rate in India climbed to nearly 8% in December, according to independent think-tank Centre for Monitoring Indian Economy. “This is way higher than anything seen in India, at least over the last three decades, including the big [economic]crisis of 1991 [when the country did not have enough dollars to pay for imports],” Kaushik Basu, former chief economist of the World Bank, told the BBC.

The unemployment rate in India climbed to nearly 8% in December.

Mar 17, 2022
ganeshrajappan
G
B
Birth and death theetu in english.