Staff member
Share:
Facebook Twitter WhatsApp Email Share Link
Ayurveda, for centuries has been the fore runner of healthcare. However, lack of awareness and highly marketed allopathic treatments have overshadowed its importance. We identified and connected with a unique Ayurvedic Hospital that is still going full steam and making huge efforts in bringing Ayurveda back into mainstream medicine. Read our article for more information on such a unique organization that has spanned nearly 160 years.

The Shree Ayurvedic Multispeciality Hospital (SAMH) practices a form of Ayurveda that dates back six generations. Without the solid foundation of family and tradition, the hospital would never have left such an indelible mark on the psyche of its patients. 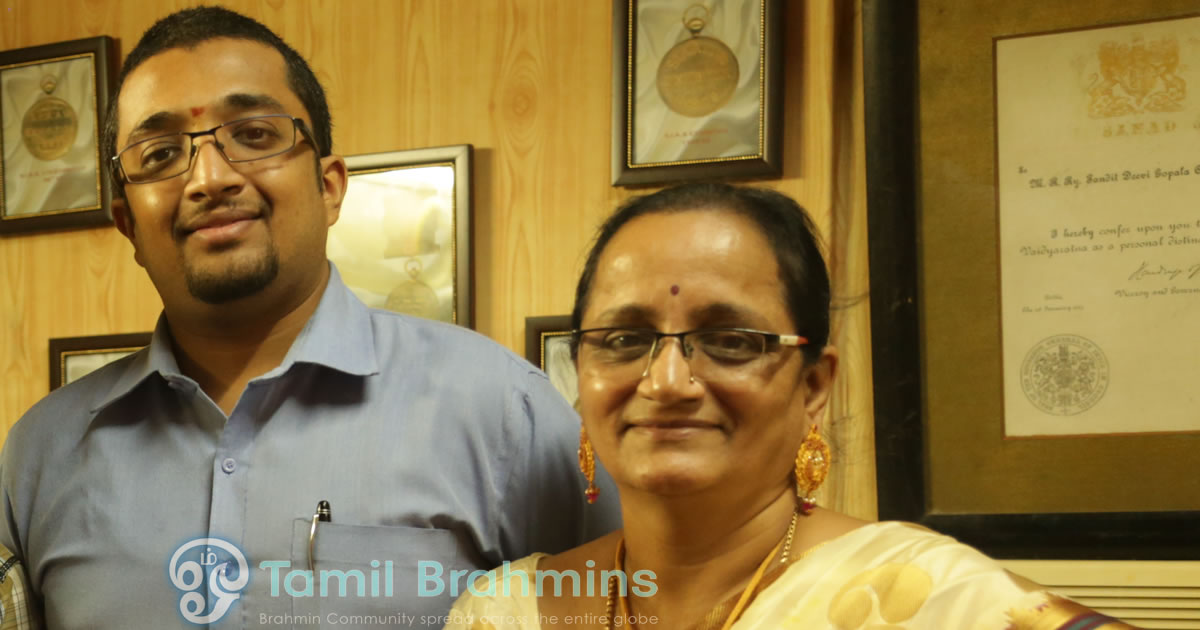 Dr. D Srikrishna, Director, Shree Ayurvedic Multispeciality Hospital & Dr. D Jayashree, Managing Director, Shree Ayurvedic Multispeciality Hospital
​
If there’s one thing that strikes you about Shree Ayurvedic Multispeciality Hospital and its practice of Ayurveda that dates back to the mid nineteenth century, it’s the word family. Six generations of the family have perfected and passed on their invaluable knowledge through the ages to present Ayurveda as a credible answer to modern medical practices. It all began when Ramakrishnamacharulu, both a Vaidya and a temple priest, travelled around the villages surrounding Machilipatnam in Diwi taluk, providing people Ayurvedic treatment for various conditions. As he aged, more and more people began consulting him for their health problems. So, this was the start of what would become the Shree Ayurvedic Multispeciality Hospital (SAMH). Dr. D Jayashree, Managing Director, SAMH, tells us as Ramakrishnamacharulu passed the baton to his son, Pandit D Gopalacharulu, as he advanced in age. The latter finished his studies in Ayurveda from Mysore, and in a quest to gain further knowledge, made the long trek to the Himalayas for guidance. A very proud Dr. Jayashree says, “Owing to the need and necessities of the time, he established the organisation’s first pharmacy in 1898. Gopalacharulu was also instrumental in authoring a number of Ayurvedic books in Telugu, and made sure they were translated into multiple Indian languages for better access. He can be credited with keeping the tradition of Ayurveda alive in India, as well. Let’s not forget that the British were actively attempting to suppress such systems at the time. He conducted multiple exhibitions pan India, being a pioneer in the organisation of street corner meetings – many of which held in attendance several renowned freedom fighters of the period.”

In the 1930s, during a major outbreak of the plague, Pandit D Gopalacharulu saved hundreds of thousands of lives thanks to the introduction of two key medicines. For this great service, he was bestowed the title of Vaidyaratnam by British Viceroy, Lord Hardinge of Penshurst. Desikacharulu was the next important person in line to expand the market for the institution, ensuring that the wonders of Ayurveda were extolled abroad. Dr. Gopalacharulu was the longest standing head of the organisation, serving for a total of 42 years, before Dr. D Desikacharulu and Dr. D Jayashree began heading operations at SAMH in 1988.

On the topic of some of the challenges being faced over the years, Jayashree’s son, Dr. D Srikrishna, who is the hospital director, says, “The major test was to move from the old system of production, packaging, and marketing, while maintaining quality and keeping up with the times. From our perspective, the main challenge has been to forgo large scale expansion to ensure that the quality standards remain high. Starting a new institution today is easier than tuning a 169-year-old brand to scale up to modern practices without compromising on quality. For the last three decades, SAMH has been maintaining the standard of sealed, packed, labelled, and licenced medicines.” Individualised consultation, customised treatments, and transparent prescriptions are a hallmark of the institution, making SAMH your friendly neighbourhood Ayurvedic hospital that’s a right blend of ancient knowledge with the convenience of modern comfort.

In the new age India of today, and with the rise of Allopathy as the standard of medical treatment the world over, there are misconceptions when it comes to alternate forms of medicine. In that prevailing scenario, how does Ayurveda shape up and stay relevant to the modern age? Dispelling the common myths that do the rounds, Dr. Jayashree says,

“There is this belief amongst our people that Ayurveda is slow, that there are no emergency treatment options under its system, and that unknown medication is prescribed (a preconceived notion that Ayurvedic medicines contain metals and steroids that are harmful to the body). Let me assure you that all these myths are put to rest at SAMH. It is a matter of pride for us to share with you that we have patients who walk through our doors with allopathic medical reports, expecting solutions from Ayurveda – without thinking twice. The main reason behind this pattern is to avoid surgery and ingest natural medication (as opposed to allopathic medication that may have side-effects)
Click to expand...

.” We are told that the internet and heightened awareness through word-of-mouth, have resulted in more and more people choosing Ayurveda as an effective form of healing.

The organisation manufactures 156 products in addition to stocking medicines from other brands as well. All this is done so that patient treatment is not compromised in any way. SAMH’s list of treatments includes Panchakarma, detoxification, rejuvenation, and the tackling of specific ailments like bone and joint issues, nervous disorders, obesity, heart conditions, and Cancer. Under specialisation and preventive care, the hospital offers Ayurvedic surgeries, infertility treatment, maternity care, immunisation programmes, and herbal beauty care. As for Shree Ayurvedic Multispeciality Hospital’s most important resource - its patients, Dr. Srikrishna says, “We have a wide range of folks walking into our facility, but by and large, the most common patients who consult with us are for bone and joint related problems, skin conditions, infertility, and people that have failed to find adequate solutions from mainstream medicine. Over the last five years, we have received lots of challenging cases such as kidney disorders, lung ailments, Cancers, brain tumours, and patients who are bed-ridden."

Among the institution’s many honours are 18 plus gold medals from various statutory bodies over the years. The two most prestigious of these were presented to Pandit D Gopalacharulu: the first, by the Mysore Maharaja in 1915, and the second, for presiding over the inaugural National Ayurveda Congress in 1922. SAMH’s most recent honour was bestowed upon Dr. Jayashree by the World Wide Media Corporation (WWMC), USA – she was given the Legendary Medical Practitioners Award 2015, in the category of Ayurveda.

We are told that the SAMH’s competition is high, and this is evident from the fact that various allopathic institutions are attempting to introduce an Ayurvedic department/division into their ranks, to meet the demand. “By offering the best modern environment and facilities for our patients, we bridge the gap between expectation and reality to the fullest extent possible. In an effort to spread awareness, we have organised a number of wellness programmes, medical camps, health workshops, and we regularly disseminate health tips through the internet. Ayur Wheels is an initiative that offers our expertise in the comfort of patients’ homes. During the TN floods of 2015, SAMH ensured that there was blanket cover treatment in and around the West Mambalam area – providing preventive and immunity booster medication free of charge. Food was also made available to the residents in need,” Dr. Jayashree says.

As the Shree Ayurvedic Multispeciality Hospital takes on the new age, it would like to spread the knowledge of Ayurveda (especially preventive health) throughout the world. The organisation is planning to conduct a number of exhibitions to this end, and hopes to enlighten people on the various options of treatment available to them.

Dr. D Jayashree, Managing Director, Shree Ayurvedic Multispeciality Hospital
Dr. Jayashree saw first-hand the positive effects of Ayurveda in her early youth. That initial brush had her sold on the idea that this science was the way forward. She went on to study Ayurveda at the prestigious Gujarat University in Jamnagar. Her marriage into a family of Ayurvedic stalwarts meant that her progression into the field was only natural.

Dr. D Srikrishna, Director, Shree Ayurvedic Multispeciality Hospital
Though he was raised in a predominantly Ayurvedic environment, making a career out of it was never a compulsion. It was passion and a drive for service that tipped him in favour of working in the family tradition of Ayurvedic healers. 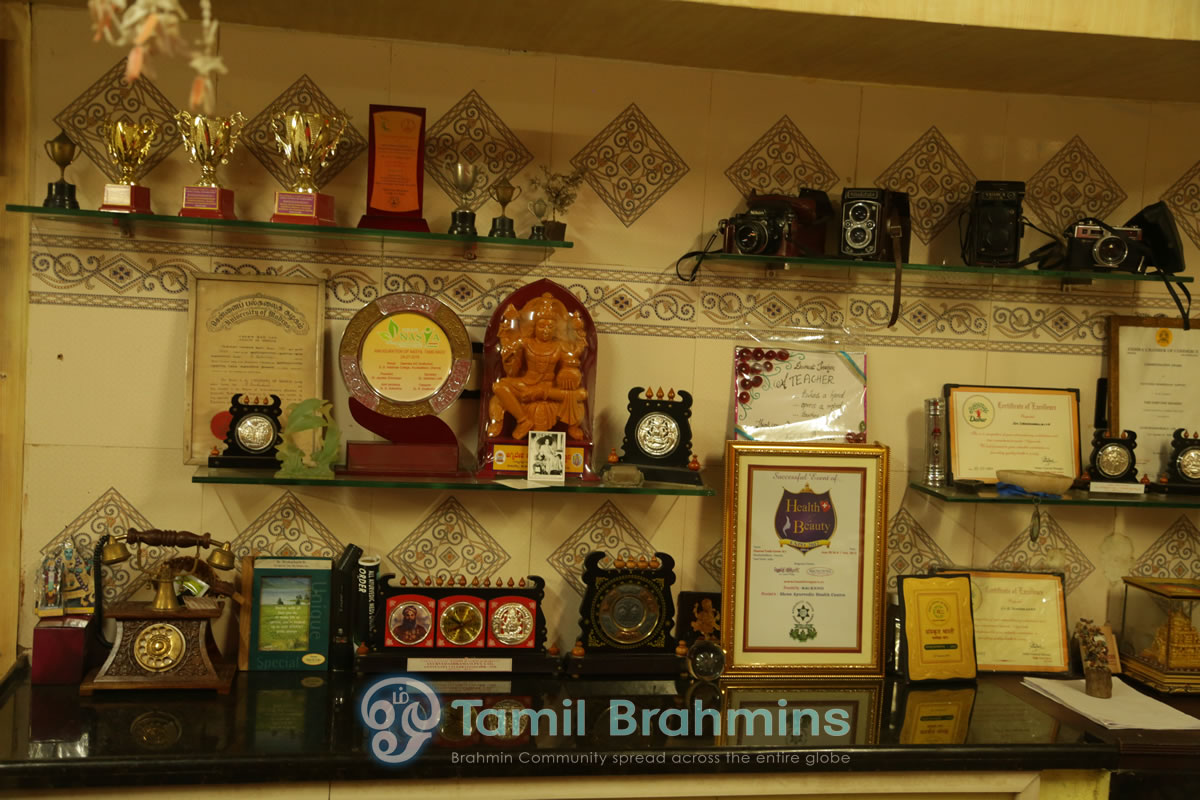 Thanks for the information. On my next visit to Chennai, Paying visit to the center is in my to do list.
D

good . will definitely let know all my madras contacts . all the best
You must log in or register to reply here.