Shed partisanship, reach out to the best minds

Gold Member
Years ago, working in the archives in New Delhi, I came across a brief, handwritten, letter from Jawaharlal Nehru to C Rajagopalachari. It was dated July 30, 1947, and it read:

This is to remind you that you have to approach Shanmukham Chetty — this must be done soon. I have seen Ambedkar and he has agreed.

The letter requires some explanation for the reader of today. On July 30,1947, India was just two weeks away from Independence. Prime Minister Jawaharlal Nehru was seeking to constitute his Cabinet. Vallabhbhai Patel was the first name penciled in for inclusion; he was to be, in Nehru’s own words, “the strongest pillar of the Cabinet”. Other natural choices were senior Congress leaders, Maulana Abul Kalam Azad, Rajendra Prasad, and Rajkumari Amrit Kaur.

However, in consultation with Patel and on the advice of their common mentor, Mahatma Gandhi, Nehru decided that the first Cabinet of free India must be inclusive, and must reachout beyond their own Congress to include the best minds, regardless of political affiliations. Nehru and Patel knew that the India the British left behind was not in good shape. The new Cabinet had to deal with religious conflict, refugee flight, food scarcities, recalcitrant princely states, and oversee the framing of a new Constitution. To accomplish these varied and complex tasks, Nehru and Patel recognised that, in the choice of their Cabinet colleagues, they must not be constrained by partisan considerations.


Through the 1930s and 1940s, BR Ambedkar had been a bitter political opponent of the Congress. As recently as 1946, he had published a sharp attack on the party and its great leader, in the form of a book called What Gandhi and the Congress have done to the Untouchables. And yet, now that a nation had to be united out of its fragments, the Congress reached out to Ambedkar and offered him the post of law minister. Having got Ambedkar’s consent, Nehru was now asking Rajagopalachari to persuade his fellow Tamil, RK Shanmugham Chetty, to join the Cabinet as well. As a leader of the Justice Party, Chetty had been very critical of the Congress. At the same time, he was one of the best financial brains in India (just as Ambedkar was one of the best legal brains). Now, those old animosities were set aside, and Chetty became India’s first finance minister.

The first Cabinet of free India also included SP Mookerjee of the Hindu Mahasabha and Baldev Singh of the Akali Dal, who had likewise been bitterly opposed to the Congress-led freedom struggle. Other Cabinet posts were offered to the businessman CH Bhabha and the administrator N Gopalaswami Ayyangar, who had no previous party affiliation.

Why am I recalling this past history now? Because it speaks so directly to the present. For, in the wake of the coronavirus pandemic (Covid-19), the country faces probably its greatest challenge since Partition. Even before the virus hit us, the economy was in a shambles. Now, it will deteriorate much further. The travel and tourism industries have been devastated. The lockdown has massively affected both manufacturing and agriculture. This pandemic and its fallout have already led to enormous human suffering, and this will multiply. In this scenario, to restore social trust and to rebuild the economy may be beyond the abilities of one man and his small circle of trusted advisers. 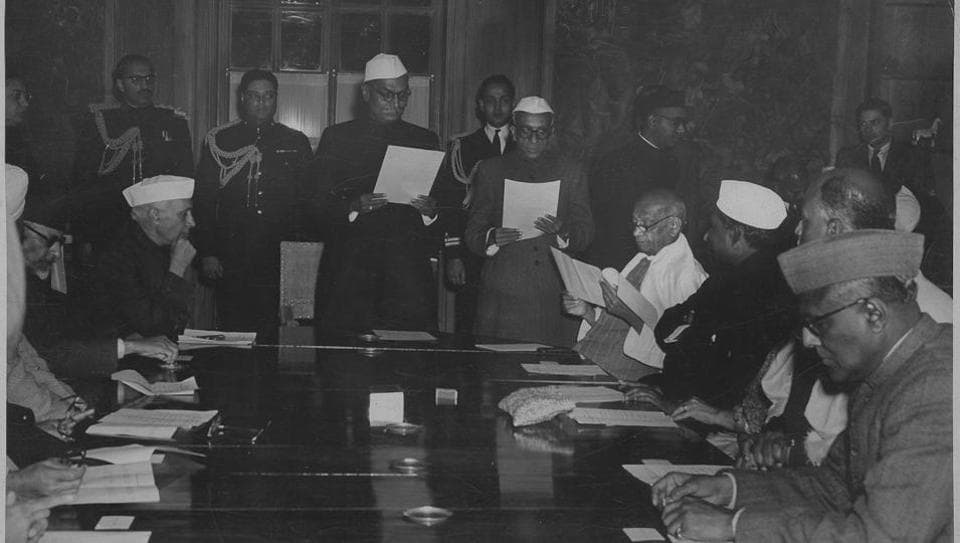 In 1947, Nehru and Patel reached out to their fiercest critics and invited them to join the Cabinet. They worked with bureaucrats who had helped the Raj repress the freedom struggle. This helped the country tide over Partition. Modi-Shah should emulate the example

Gold Member
Another lesson from the past may be relevant here. Through the 1930s and 1940s, Nehru and Patel detested Indian members of the colonial bureaucracy, the brown-skinned men who aided the Raj in repressing the freedom movement, and who put thousands of their compatriots in prison. Yet, after Independence, Nehru and Patel chose the best of these ex-lackeys of the Raj to help them unite India and give it a democratic template. Four Indian bureaucrats who earlier devotedly served British Viceroys made outstanding contributions to the building of our Republic. These were BN Rau through his work on drafting the Constitution, VP Menon through his work on integrating the princely states, Sukumar Sen through his work on organising the first general elections, and Tarlok Singh, through his work on settling the refugees from West Pakistan.

What if Nehru and Patel had chosen to shut Ambedkar out of the Cabinet, because he had so harshly criticised their beloved Bapu? What if they had sent Rau and Menon into premature retirement, because they had been imperial loyalists while Nehru and Patel were themselves in prison? If Nehru and Patel had been so petty, so partisan, the problems caused by Partition may have overwhelmed the country. There might never have been a Republic at all.

Now, in what may be the gravest crisis the country has faced since Partition, can the Narendra Modi-Amit Shah regime take some cues from what Nehru and Patel once did? The prime minister could do worse than consult former finance ministers who have experience in crisis management, even if they owe allegiance to the Congress. Former finance secretaries and governors of the Reserve Bank of India with relevant expertise could be consulted too. The government could actively reach out to scholars such as Jean Dréze and Reetika Khera, who understand the vulnerabilities of farmers and labourers far better than the economists currently in North Block. And they should consider bringing on board outstanding former health secretaries who, working with the medical fraternity, had helped contain the AIDS crisis, see off the H1N1 scare, and eradicate polio in India.


Perhaps a national government of the kind once constituted by Nehru and Patel may not be feasible. Yet, nothing stops the regime now in power from reaching out, for advice and assistance, to men and women of ability, who happen to be in other political parties. Or to economists and public servants who constructively offered their expertise to past governments.

At this time of national crisis, the Modi government must have the grace (and courage) to set pride and partisanship firmly to one side — just as the Congress government did in August 1947.

In 1947, Nehru and Patel reached out to their fiercest critics and invited them to join the Cabinet. They worked with bureaucrats who had helped the Raj repress the freedom struggle. This helped the country tide over Partition. Modi-Shah should emulate the example