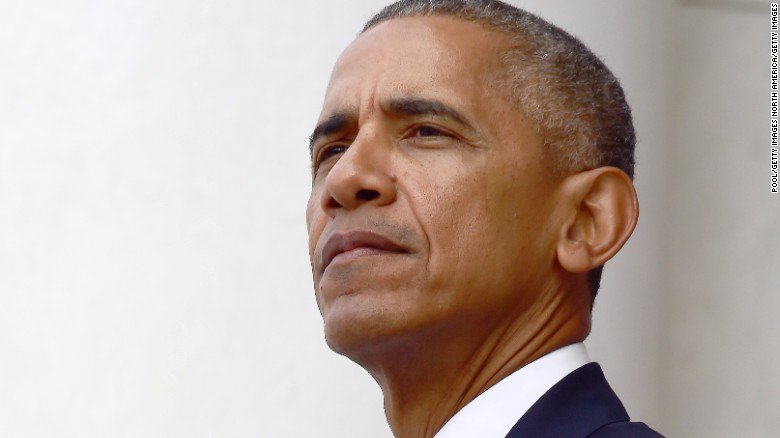 (CNN)Popular but politically humbled, President Barack Obama says goodbye to the nation Tuesday night in a dramatic reinterpretation of a presidential farewell address.

Hoping to capitalize on a well of goodwill that's expanded in the final year of his tenure, Obama has discarded the staid Oval Office or East Room for his last formal set of remarks. Instead, he'll travel to Chicago, the city where he declared victory in 2008 and 2012, to address a sold-out crowd of ardent supporters.

The moment, conceived months ago, is meant to recall the most iconic moments of Obama's historic tenure, ones rooted in the "hope and change" message that carried the first African-American to the White House.

As he departs office leaving scores of progressive policies in place, there's ample evidence of change. But for his backers, the "hope" aspect of that original mantra is diminished by the prospects of Donald Trump's presidency.

On Tuesday, Obama aims to revive the spirits of progressives who he'd hoped to rally behind Hillary Clinton. Though his speech won't be policy-oriented or carry any direct contrasts with Trump, his message will offer a "hopeful" vision for the future, according to administration officials.

Barack Obama marked the end of his presidency with the same message of hope that brought him into the White House, asking Americans in his farewell adress here to stay committed to democratic values and persist in their optimism for change.

From his adopted hometown of Chicago, the city where the outgoing President found purpose in public life, Obama on Tuesday called on the country to be "anxious, jealous guardians of democracy", CNN reported.

Though Americans have largely grown more cynical about politics during his time in the White House, the outgoing President nonetheless continued to insist that change results when "ordinary people get involved, get engaged and come together to demand it".

"After eight years as your President, I still believe that."

"And it's not just my belief. It's the beating heart of our American idea -- our bold experiment in self-government," Obama told the American people in a large convention hall a few blocks from Grant Park, where he spoke to supporters on the night of his historic election in 2008.

The speech also reflected the unique situation Obama will confront as he leaves office. At just 55, he is preparing for an active post-presidency in which he will champion many of the same core issues he worked on in the White House, including minority rights and opportunities for young people.

"You were the change. You answered people's hopes, and because of you, by almost every measure, America is a better, stronger place than it was when we started," he said.

In 4,300 words, Obama's focus was his "optimism" about civic engagement going forward after a bitter campaign to replace him and lingering concern about how President-elect Donald Trump will handle foreign relations, national security, the economy and other big-ticket issues.

Trump has vowed to undo some of his signature policies. He would be sworn into office on January 20.

Obama called for a new social compact to creating opportunity for all, or else "the disaffection and division that has stalled our progress will only sharpen in years to come".

"Laws alone won't be enough. Hearts must change," the country's first black President said as he reflected on racial threats. He said he has not abandoned his vision of progressive change but warned that it now comes with a new set of caveats.

Senior advisors said Obama knows that many progressive, religious and ethnic minorities and immigrants were feeling apprehensive with the approach of the handover to Trump, the Loss Angeles Times reported.

Obama's successor was elected after promising to crack down on immigration, scrutinise Muslims in the US and challenge what he termed "political correctness".

Obama paid an emotional tribute to First Lady Michelle Obama and thanked Vice President Joe Biden who were all in attendance.

His voice quaked when describing Michelle's contribution. "You took on a role you didn't ask for and made it your own with grace and grit and style and good humour."

"You made the White House a place that belongs to everybody," Obama said to his wife.

Thanking Biden for serving alongside him in the White House, Obama said: "He is like a brother and family."

Biden too looked emotional and appeared to enjoy the adulation while his wife Jill Biden held his hand.

As he spoke before a rousing crowd of supporters, Obama was interrupted often with screams of "I Love you Obama."

When a protester holding a "Pardon All of Us" sign, chants of "four more years" drowned out the shouts.

"I can't do that," Obama said when the crowd begged him to run again, which is not allowed by the Constitution.

The 44th US President's goodbye was a dramatic reinterpretation of a presidential farewell address, ending his speech with his signature "Yes, we can" concept that propelled him into Oval Office in 2008.

He said: "Presuming goodness in others could be a risk", but asked the 20,000 strong crowd gathered there to "dive in and stay at it" whenever change should be brought.

He drew inspiration from the youngest. Obama recalled the young boy who offered his house and brotherhood to another child, a refuge from Syria.

He rallied the spirits of beleaguered Democrats, still reeling from Hillary Clinton's election loss in November.


“Of all that I’ve done in my life, I’m most proud to be your dad,” says the US President to his daughters.

Barack Obama has one of the most charming public personas in the history of US Presidents. So it's only natural that videos and photos of the Obama family's last days in the White House have the internet getting nostalgic and mushy.

And that just went up a notch on Wednesday, when Barack Obama gave his farewell address at McCormick Place in Chicago, incidentally the same city where he gave his presidential victory speech in 2008.
An emotional Barack thanked his wife Michelle, daughters Sasha and Malia and Vice President Joe Biden, calling the latter his brother too.

To Michelle, Barack referred to as the "girl from the south side", as the crowd around her erupted in applause and cheer and Malia, seated beside her mother, wiped her eyes.

"Michelle LeVaughn Robinson, girl of the South Side... For the past 25 years, you’ve been not only my wife and mother of my children, you have been my best friend. You took on a role you didn’t ask for and you made it your own with grace and grit and style, and good humour. You made the White House a place that belongs to everybody. And a new generation sets its sights higher because it has you as a role model. You’ve made me proud. You’ve made the country proud,” said an emotional Barack.

While Sasha couldn't make it to the address because of an exam she had to write, Barack expressed his gratitude to both her and Malia, pointing out how his daughters had become "two amazing young women" in the "strangest of circumstances".

"You are smart and beautiful, but more importantly, kind and thoughtful and full of passion. You wore the burden of years in the spotlight so easily. Of all that I’ve done in my life, I’m most proud to be your dad," Barack added.

A teary-eyed Malia passed a watery smile to her father at these words, with her mother's arm wrapped around her shoulders.
Finally, the outgoing President of the United States turned to Joe Biden, whose friendship and camaraderie has been the stuff great internet memes are made of.

Referring to Joe as the “the scrappy kid from Scranton who became Delaware’s favourite son", Barack says that Joe was his first choice for Vice President nominee and the best one too.

"Not just because you have been a great Vice President, but because in the bargain I gained a brother. We love you and Jill like family, and your friendship has been one of the great joys of our lives,” Barack said to thunderous applause all around Joe Biden and his wife.