Nod to Tablighi Jamaat gathering should have been denied, says Sharad Pawar

Gold Member
Share:
Facebook Twitter WhatsApp Email Share Link
Authorities in Delhi should not have given permission to the Tablighi Jamaat for holding an international congregation at Nizamuddin in the national capital between March 13 and 15 amid the outbreak of the coronavirus disease (Covid-19), Nationalist Congress Party (NCP) chief Sharad Pawar said on Monday.

Pawar said Maharashtra, where the NCP is in the ruling alliance alongside the Shiv Sena and the Congress, earlier denied Jamaat permission for an event. The country wouldn’t have experienced a spike in Covid-19 positive cases if the permission to hold the international congregation was denied to Jamaat, Pawar said, while interacting with people during a live Facebook chat.

“Tablighi Jamaat shouldn’t have organised the international congregation in the first place. There was no reason to give permission to the organisation to hold the event amid the Covid-19 outbreak. In Maharashtra, too, a similar request was made, but both chief minister Uddhav Thackeray and home minister Deshmukh decided to deny the permission. If similar concern was shown by the authorities in Delhi, then we wouldn’t have to see what is going on today,” he said.

“Is there an attempt to create a perception about a particular community and foment a social divide? They wouldn’t have got that opportunity,” he added without pinning the blame on any individual or party.


Pawar cited another example of social distancing from Maharashtra, where a bull and horse race competition was organised at a village in Solapur district and a crowd in thousands were gathered. The district police authorities started booking people, who made a beeline for the event, he said. “If similar alertness was shown by the authorities in Delhi then we’d certainly have averted the unfortunate situation,” he added.

He also stressed that the country needs to stand united and no attempt should be made that could lead to suspicion, animosity and social divide. “Whatever I’m watching on television and especially the messages being circulated on. 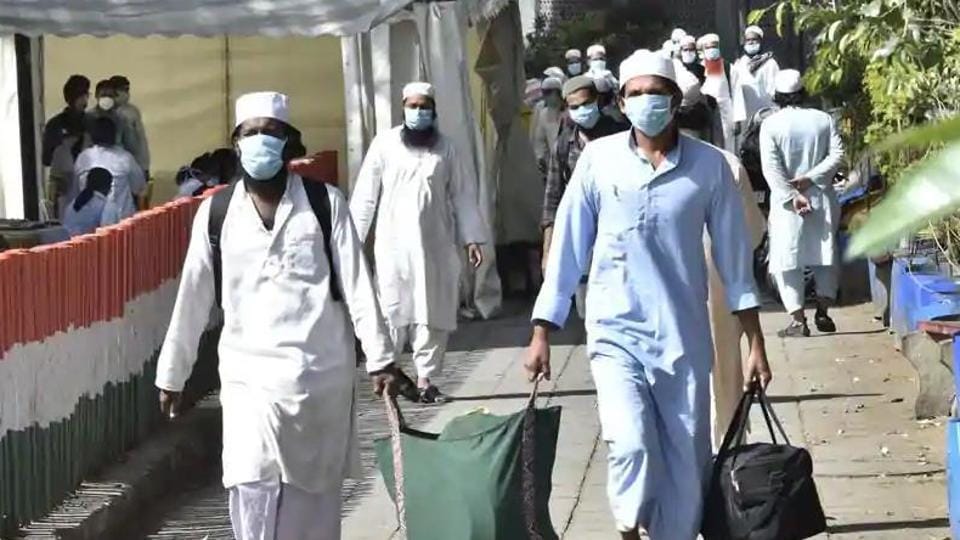 Nod to Tablighi Jamaat gathering should have been denied, says Sharad Pawar

Sharad Pawar also stressed that the country needs to stand united and no attempt should be made that could lead to suspicion, animosity and social divide

Don’t give nod for any construction at public places, SC directs states

V
FIR against Vlogger Maridhas in Melapalayam, den of Islamists, for analysing role of Tablighi Jamaat in spread of Coronavirus