Nascent Objects: An ambitious plan to stop us from wasting our gadgets

Share:
Facebook Twitter WhatsApp Email Share Link
Cool! This company wants us to build and consume modular gadgets! A green step to prevent e-waste!
Nascent Objects: An ambitious plan to stop us from wasting our gadgets
When you throw away a gadget, the hardware itself is rarely past its prime. The sensors and camera inside that GoPro sitting in your trash bin aren’t actually trash—they’re (probably) perfectly reusable components that met a too-early expiration date. And yet, we treat electronics like single-use objects; playing with them until the next shiny object catches our eye. A new company called Nascent Objects is hoping to change that cycle by encouraging people to assemble gadgets from a standardized library of electronic modules that can be reused across an array of devices.
Remember Project Ara, Google’s ambitious (and ongoing) initiative to develop modular smartphones? Nascent Objects wants to apply a similar idea to the hardware world at large. The platform consists of a dozen basic electronic modules (sensors, a camera, a mini-computer, etc) that click into 3D-printed brackets. Every object made on the Nascent Objects platform begins with a shape. Say you want to make a security camera. As a starting point, you’d upload a 3D form (you can make your own or choose from a library of starter shapes) into Nascent Object’s software, and then drag and drop modules to any location on the object. The software then calculates exactly where the circuitry pathways need to be, and prints those pathways onto a plastic chassis, which forms the skeleton of your gadget. From there, you simply click the electronic modules into place, then add external shell. It’s product design gone automatic. 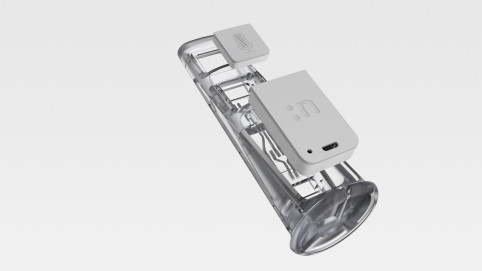 Click to Open Overlay Gallery AmmunitionBaback Elmieh, formerly of Google, started Nascent Objects a year-and-a-half ago after realizing that the process of creating hardware is unnecessarily complicated. “We’ve gotten really used to this idea that you can have whatever you want with software,” he says. “There are no limits between thought and building something that executes that—that’s just not true for physical things.”
Today most devices are designed as closed systems. It’s nearly impossible to take the camera from one product and use it in another, despite the fact that many of our gadgets draw from a small pool of functionally similar hardware. Last year, says Elmieh, he and his team took apart 600 products released since 2012 and found that 80 percent of them could be built from just 15 common electronic components.
That companies don’t promote a harmonious culture of swapping makes sense. They want to make more money than their competitors. But from a consumer perspective, this kind of redundancy is expensive and wasteful. “The idea that the different components inside a product are just as valuable as the product and the need it meets itself is pretty interesting and pretty audacious,” says Matt Rolandson, a partner at San Francisco design studio Ammunition, who helped design the modules for Nascent Objects. Elmieh believes that creating a system where common electronic components can be swapped from one device to another will ultimately change the way that companies are formed and products are designed and manufactured. 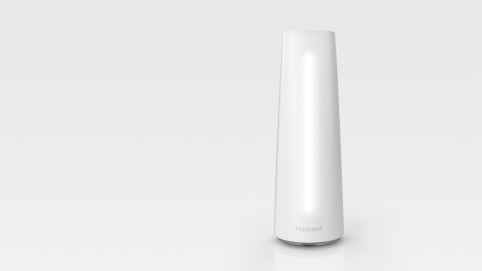 Click to Open Overlay GalleryThe Droppler. AmmunitionNascent Objects’s ultimate goal is to create a platform that empowers consumers to create products themselves, but the company is launching with a handful of fully-baked designs. The inaugural gadget is called Droppler. It’s a compact water monitoring system that helps you gauge your water consumption. The porcelain cone, designed by Ammunition, sits on a countertop and measures water usage through a system that Elmieh describes as “Shazam for water.”
The Nascent Objects team spent a year recording and analyzing hundreds of hours of audio of running water. The goal: Create a set of algorithms that can identify the source of flowing water according to its audio signature. Elmieh says water makes a different sound falling into a kitchen sink—which is typically metal and filled with dishes, sponges, or a set of hands—than it does falling into the basin in your bathroom, which is usually empty, ceramic, and smaller than the one in your kitchen.
Droppler relies on other information, too. During setup, users are asked whether their faucet or shower head is low flow or normal flow (a typical low flow faucet puts out 2 gallons per minute, a normal-flow faucet four gallons per minute) and to set a water-use limit. When Droppler hears water running, it starts translating minutes into gallons used and displays that information on a glowing LED strip. In the morning Droppler’s LED strip is filled to the top, but every time you turn on a faucet or your shower, the glowing light begins to dip.
Droppler’s “Shazam for water” feature could easily be written off as a gimmick, and the fact that the device never measures any water flow directly means it’s nowhere near as accurate as an actual water meter. But then, Elmieh says it doesn’t have to be. When encouraging behavior change, he says, it’s best to keep things simple and visual. “If you make invisible resources visible, people start to change their habits,” he says. (That consumers can estimate their water usage without fiddling with their plumbing is another big plus, he says.)
You could argue something like Droppler has a limited shelf-life. And it’s true. At a certain point, people will decide they don’t want or need a water monitoring system cluttering up their kitchen counter. Only now, instead of tossing the entire product, its owners can detach the LED, microphone and mini-computer modules from the inside of the cone and click them into a totally new gadget. It’s a compelling, if highly ambitious, vision for the future of hardware; one where consumers pay less and waste less. In some ways, Nascent Objects is hinting that the formal design of an object is ultimately ephemeral; eventually, the body will end up in a landfill, anyway. It’s the guts—the functionality—that can and should endure.

Sending tiny robots into the body to collect foreign objects