Share:
Facebook Twitter WhatsApp Email Share Link
Hope this cheap throwaway piece is used by our women which will improve the overall hygiene...This will definitely increase the enrollment of poor girl students in schools.. 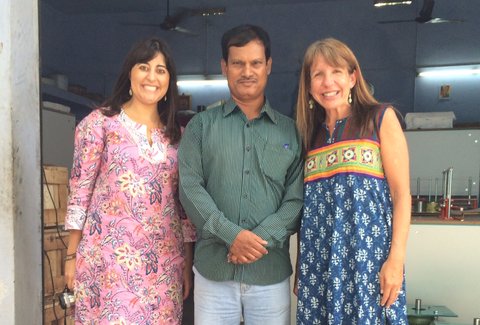 Jennifer Weiss-Wolf, right, with Annie Lascoe and Arunachalam Muruganantham at his factory in Coimbatore, India.Credit
In recent months, a wave of period-positivity has captured headlines – from Kiran Gandhi’s bold free-bleeding run of the London Marathon, to the successful repeal of Canada’s national “tampon tax.” Donald Trump catapulted menstruation smack into the middle of the Republican presidential debate when he ridiculed Megyn Kelly’s inquiry about his prior sexist rants, telling CNN she had “blood coming out of her wherever.”
This spike in media attention has helped promote a dialogue about eradicating the stigma around menstruation in the United States, as well as addressing the financial burden it often poses. Visible progress has ensued, including: introduction of legislation to eliminate sales tax on feminine hygiene products in Ohio and New York, two of the 40 states that impose it; convening of New York City’s first-ever roundtable on menstrual health, with a forthcoming pilot project in the public schools; a proliferation of creative donation and “buy one-give one” initiatives; and an array of savvy hashtag campaigns, including #TheHomelessPeriod and #JustATampon (both gone viral after starting in the U.K.).
In the quest to address issues of menstrual health and hygiene, however, most of the ingenuity and innovation has been spearheaded in the developing world, where millions can’t access sanitary products, often resorting to dirt, leaves and bark to absorb menstrual blood. Lack of plumbing and access to toilets further exacerbate the problem, and superstition and religious tradition leave countless women isolated and ashamed. In fact, India — where only 12 percent of women in India use sanitary products — offers many lessons that can be adapted here in the United States.
This summer I had the opportunity to join Annie Lascoe, founder of Conscious., an organic tampon business that will partner with Los Angeles-based community organizations and shelters to help low-income and homeless women meet menstrual needs, on a trip to India. We went directly to the source: Arunachalam Muruganantham, the creator of a menstrual micro-enterprise model that is nothing short of revolutionary. A school dropout from a poor family in southern India, Muruganantham first became aware of the issue in 1998; newly married, he was shocked to witness his wife’s struggle to manage (and hide) her monthly bleeding. At great personal cost – financial and social – he dedicated himself to inventing a machine to make low-cost sanitary pads out of pulverized wood fiber. Today he supplies machines to more than 400 production sites serving 1,300 villages in the poorest and most under-developed regions of India. All are managed and staffed by women, who make and sell the pads at minimal cost (approximately 2.5 rupees per pad, mere pennies in U.S. currency).
Muruganantham’s work has been celebrated by world leaders and philanthropists, including the Bill and Melinda Gates Foundation, and last year he was named one of TIME Magazine’s 100 Most Influential People.

Appreciating the vast and desperate need for sanitary products, Muruganantham is refreshingly open to allowing others to build on his model. One such innovator is Swati Bedekar, a former science and math teacher in the western state of Gujarat. After observing that girls missed school several days every month due to menstruation, Bedeker sought to help. She started with Muruganantham’s machines – but went on to simplify the production process, and also created a slimmer, more modern pad with “wings,” beloved by Indian women who adore the American touch. Shes since launched 40 production sites, run by women who are paid per pad they produce – which are sold in packages of ten for 20 rupees (around 35 cents) under the name “Sakhi” (Hindi for “generous). The workers also receive training in menstruation education – which they impart to women and girls, men and boys alike – as well as in basic financial management.
Bedekar’s husband, Shyam, a textile engineer and farmer, invented a special incinerator to dispose of the pads. Made from terracotta or cement and resembling a flower pot, the incinerator is brilliant in its simplicity: Because it doesn’t require electricity, it can be operated discreetly, burning the used pads and turning them into ash without spreading smoke and eliminating odor. Other benefits: production of the incinerators has become a source of livelihood for local potters; and the ash that is produced, when mixed with soil, is beneficial to locally grown plants.
Aakar Innovations, a Mumbai- and Delhi-based hybrid social enterprise founded by Jaydeep Mandal, employs a similar model – and has created pads that are 100 percent compostable and biodegradable, meeting a higher environmental standard than much of what is on the commercial market. Aakar’s 40 women-run and women-staffed production sites are often established in partnership with local NGOs, which provide a full array of social and educational services. The NGO partnership also enables women to be paid a regular, reliable stipend, rather than on a per pad basis. Each site employs 15 to 30 women who produce 1,600 to 2,000 pads per day, enough to meet the needs of 5,000 women each month. Aakar is being recognized by the United Nations next month for its socially responsible and sustainable programs that empower women.
The work happening in India and elsewhere in the developing world provides lessons for us here at home:
Collaboration: we must aspire to be as forward-thinking and generous as Muruganantham in sharing a winning model and letting others improve upon it.
Education: we must be as holistic as all three of these innovators, linking dialogue and information to any product, whether purchased or donated.
Ownership: we must think about charity not just as a way to provide for those in need, but also to enable them to participate and take the reins of their own destiny.
The slew of period-focused news spiraling the Internet – what I’ve come to refer to as 2015’s Menstruation Sensation – stands in contrast to how little is being done to meet the menstrual needs of poor women here at home. Those who are homeless or incarcerated in the United States face similar health risks when they can’t access or afford sanitary products. Our current public benefits system often leads women to trade food stamps for tampons. Are a handful of sales tax reform bills – saving women eight cents on the dollar – and community donation drives the very best we can do? I hope not. Women in America, and around the globe, deserve a comprehensive and innovative policy agenda that addresses the very real crisis of menstrual hygiene management.
Jennifer Weiss-Wolf (@jweisswolf) is vice president for development for the Brennan Center for Justice at NYU School of Law.

I would consider this a great invention. My congratulations to Shri Muruganandam and I am proud of a person from my native place who has done this great service to women . In our country mention of the word itself a taboo, wrapped under secrecy, Sri Muruganandam had ventured into finding a useful solution to help the poor women. No wonder his work has been recognised in India and abroad.
Here is a brief writeup in BBC on this wonderful person.

My thanks to Sri "vgane" for his post in our Forum.

Gold Member
The topic it seems appeals to only males in this forum.lol
OP
OP
V

krish44 said:
The topic it seems appeals to only males in this forum.lol
Click to expand...

Have you been to houses in the 60's & 70's where they put the Thooramnaal cloth in the toilet ...It used to smell rotten...This cheap napkin is an amazing invention, no doubt!
J

krish44 said:
The topic it seems appeals to only males in this forum.lol
Click to expand...

Women do it with pride 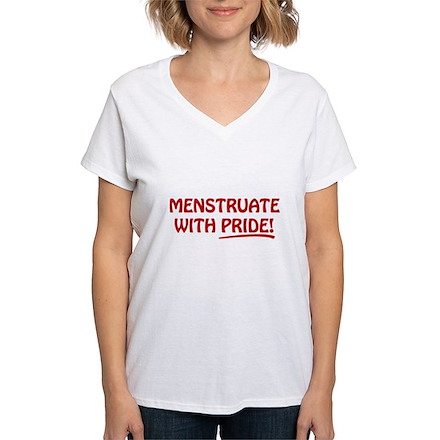 It is a natural phenomenon. Even you don't pride, it will happen.

It is said that, as long as a woman has periods, she can postpone certain illness like - BP, Sugar, Heart disease etc.

The forum's doctor may reply.
J

Even proclaim it with pride! 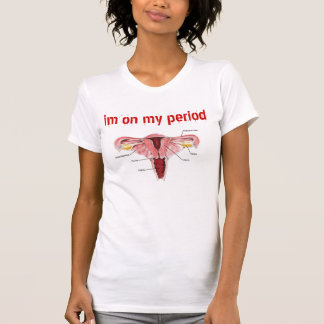 Brahmanyan said:
I would consider this a great invention. My congratulations to Shri Muruganandam and I am proud of a person from my native place who has done this great service to women . In our country mention of the word itself a taboo, wrapped under secrecy, Sri Muruganandam had ventured into finding a useful solution to help the poor women. No wonder his work has been recognised in India and abroad.
Here is a brief writeup in BBC on this wonderful person.

My thanks to Sri "vgane" for his post in our Forum.

Idukkudhan our pride !! - It is in our culture - Even makes some US women who go around with those T Shirt statements envious of our culture! - When a girl starts menstruating it is a big celebration You can see the pride on the face of parents and relatives!

I found myself envious of this love shown to this girl. It would be amazing to have a ceremony like this to celebrate one's transition into womanhood or at any time, for that matter. So much care to detail, love, respect and positive attention shown for this young woman. How could she not know she is valued and loved? In America, we do nothing like this. Girls are ashamed to ask women questions, and women pretend the girls are too young to know the answers so the topics are better left ignored. If a girl has a woman to talk with at home, who is willing to speak honestly, then she is blessed. Often, girls must learn about all aspects and stages of life from their similarly uninformed peers, the internet or pop stars like Nikki Minaj. This is what growing up is truly about love, respect and admiration for the family, oneself and God, respectively. I am sorry if some find this is inappropriate to show and maybe embarrassing to the girl, but I appreciate knowing that something as special as this occurs in the world. It didn't feel like an intrusion into the family's celebration, since clips were pieced together with music as a summary rather than show every word and moment. It makes me want to remember to help the young girls in my family and community grow up with the correct focus and attention. As women, we have to make it known that twerking on stage, singing about sexual encounters as a per-teen and dressing children as half-dressed women will not be supported or followed as a path of life and maturity. This should be a given, but sadly, it is not. Watch any Disney show with an up and coming new pop singer and really look at how the kids are directed to speak, dress and behave. Then, look at the product of those programs a few years later: Miley Cirus and Ariana Grande and tell me that currently these things are not exactly what we as a society and the media are telling girls it is to be a woman.

During menstruation, why are women not allowed to touch anything related to God
2 3 4

May 11, 2016
navy-eswaran
N
R
Traditions and Rituals after a first menstruation

Asia to Emerge as Powerhouse; India Lags in Innovation