Gold Member
Share:
Facebook Twitter WhatsApp Email Share Link
A team of Indian scientists has developed a compound from the leaf of the mango tree that can protect ships from rusting, which is far more efficient than synthetic paints while also being non-toxic and environment-friendly.

Globally, the corrosion of ships and its prevention costs an estimated $2.5 trillion, according to a study by the National Association of Corrosion Engineers that is based in Houston, Texas.

According to Nishanth K Gopalan, leader of the team from the National Institute for Interdisciplinary Science and Technology, Thiruvananthapuram, mango leaves were selected for their anti-oxidant properties and their abundant content of polyphenols, which are known to resist corrosion.

“Corrosion prevention was achieved through the formation of an insoluble organometallic complex at the metal-electrolyte interface,” says Gopalan, an author of the report published last month in ACS Omega.

Gopalan tells SciDev.Netthat the compound, made by using epoxy as a base and incorporating mango leaf extracts in a substrate of amorphous silica, achieved 99% inhibition of corrosion in commercial steel when immersed in a saline medium to mimic seawater.

He explains that ethanol was used to extract phytochemicals from dried mango leaves and various concentrations tested for maximum corrosion resistance. “The anti-corrosion property was owing to the creation of iron-polyphenol, an organometallic compound.”

Organometallic compounds are substances that have a metal bonding with at least one carbon atom of an organic molecule. They have such properties as insolubility, are of use in industrial chemical reactions as catalysts, and find use in the making of polymers and in the pharmaceutical industry.

“This is a novel approach to dealing with the problem of corrosion but so far it has been tested only in simulated laboratory conditions rather than in actual use,” says Nitya Nand Gosvami, assistant professor at the Indian Institute of Technology Delhi, and a specialist in nanoscale mechanics, including aspects of corrosion of materials.

Gosvami tells SciDev.Net that much more work needs to be done to prove that the new method is superior to widely accepted methods of imparting corrosion resistance to steel such as galvanising with zinc or coating with conventionally used epoxy-based paints.

“What has been developed is a dip-coated method—we do not know the strength of this coating and its ability to resist wear and tear in real conditions outside the laboratory, or the commercial viability of the product,” Gosvami says.
According to Gopalan, more rigorous tests are being planned with support from the Council of Scientific and Industrial Research, Delhi. A number of synthetic corrosion inhibitors is available but most have the drawback that they are expensive, harmful to the environment and to human health which is why the focus on plant-based alternatives, he says.

The search for plant-derived phytochemicals that could prevent corrosion has led to such successful candidates as date palm seed extract and ginger root extract. Other examples include a hybrid of zinc and chicory (Cichorium intybus), extracts of seaweed (Gracilaria edulis) and horse mint (Mentha longifolia).

“The present work focused on corrosion inhibition on commercial steel in a marine environment and its application in coatings,” Gopalan says. 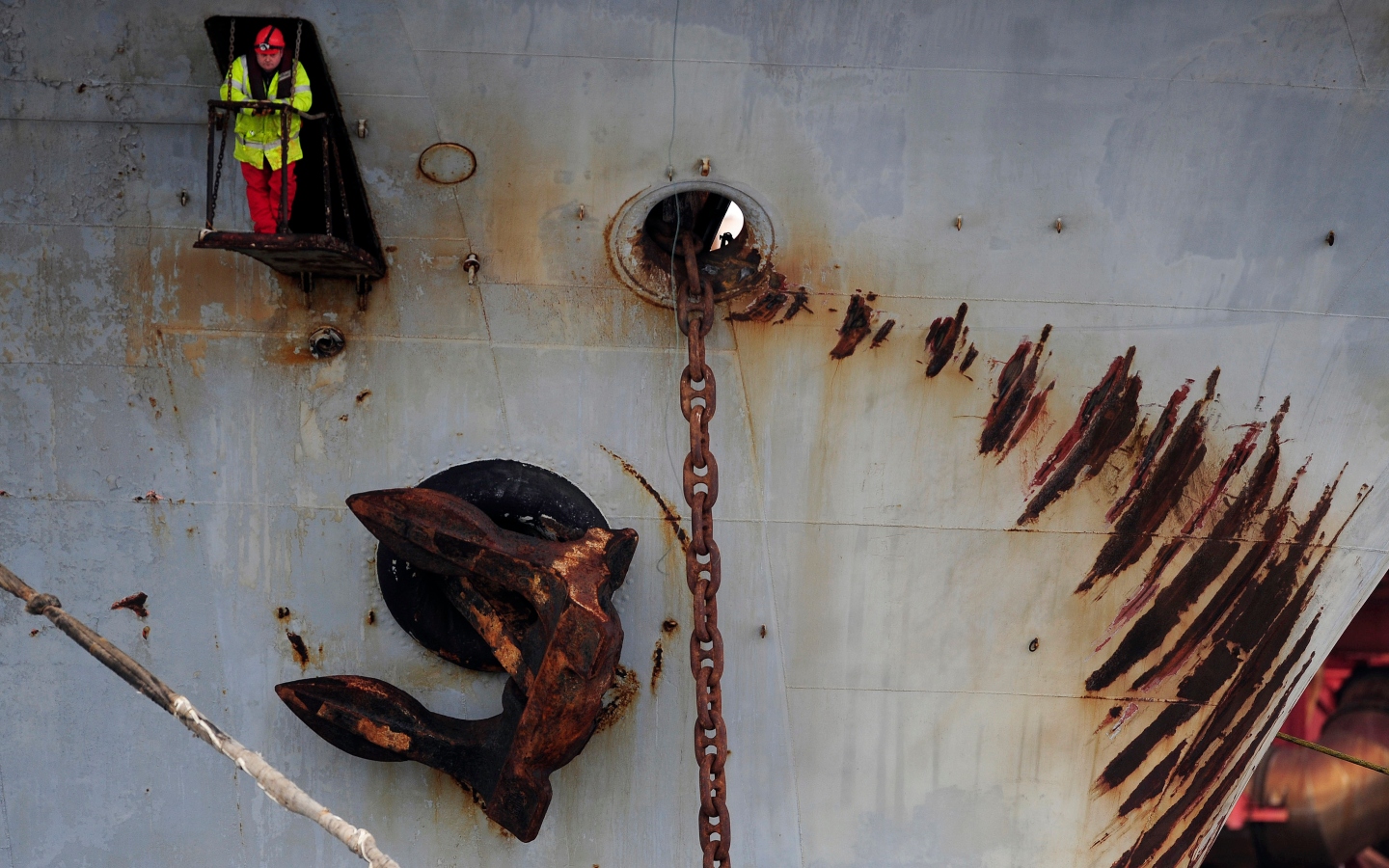 So far it has been tested only in simulated laboratory conditions, though.