It's one of India's tastiest snacks. But there's only one place you can sample the real thing

Indian poet Ashok Vajpeyi called Bikaner “a city where one half of the population is occupied with making bhujia and the other half eating it.”

Anyone visiting this far-flung destination in northwest India’s frontier state of Rajasthan might agree. The golden and crispy fried snack, shaped like noodles, is served everywhere from tiny roadside tea stalls to high-end cocktail bars.

It finds its way onto every course – as toppings on breakfast and on lunch and dinner time curries. Why? Because it’s delicious – made with a local bean known as moth or gram flour seasoned with traditional spices. Another popular variant, aloo bhajia, is made with potatoes.

Locals refer to themselves as being saral, sukh, and sust (simple, happy, lazy). Simple and happy, perhaps, but the bhujia makers here are far from lazy – they start work at 4 a.m. most days in order to collectively produce more than 250 tons before clocking off. 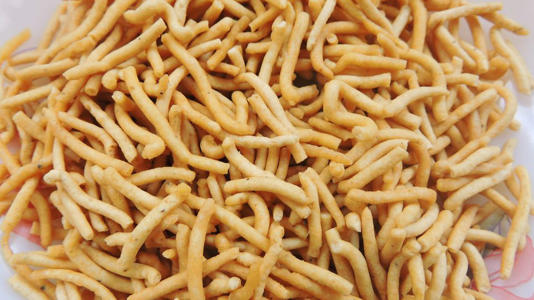 It's one of India's tastiest snacks. But there's only one place you can sample the real thing© Provided by CNN


It's one of India's tastiest snacks. But there's only one place you can sample the real thing

What is the earning of the TOP 1% in India?

PLIGHT OF MIGRANT WORKERS IN INDIA!

Why does India still use and trade asbestos?