But Mohammad Javad Zarif said Iran believes "it is in the interest of everybody to stick to the deal."


He told reporters on the sidelines of a meeting in Kuala Lumpur today that if Trump's government walks away from the deal, "we will make him surprised."


He declined to elaborate. The deal was negotiated by Iran and the US, Russia, China, Britain, France and Germany, and was enshrined in a legally binding UN resolution.


It imposed limits on the Iranian nuclear program in exchange for lifting UN economic sanctions.

Yeah at the end, Iran and Israel may nuke each other. Which may not be a totally bad outcome.

biswa said:
Yeah at the end, Iran and Israel may nuke each other. Which may not be a totally bad outcome.
Click to expand...

The International Red Cross has concluded that the use of a single nuclear weapon in or near a populated area is likely to result in a humanitarian disaster that will be "difficult to address". There is currently no international plan in place to deliver humanitarian assistance to survivors in the case of a nuclear attack. Most casualties would receive at best minimal, palliative treatment. The best they could hope for would be to die in as little pain as possible.
• It is highly possible that in a Nuclear Missile exchange between Israel and Iran, one or two of the Iranian missiles stray off their respective flight paths and land on Amman the capital of Jordan, with the other missile landing on Damascus the capital of Syria.

• Furthermore, if a nuclear warhead missile lands in Tel Aviv, destruction will not be limited to that city but would spill out into the density of the surrounding region. This will include the West Bank and Jerusalem, historically the eternal capital of three religions and the history of faiths combined whatever the current balance of power. The Jordan Valley, the food bowl for Jordan and Palestine, the ancient Dead Sea region and eventually to Amman itself. That is in the eventuality that a stray missile does not land in Amman itself that would shift the radius of impact and destruction further out.

• The population of Palestinians living in the West Bank (area 5,860 sq.km) is 2,461,267, giving a population density of 420 per sq. km (source: CIA Factbook 2009). In our calculations we did not take them into consideration. Definitely though, in a 100KT nuclear detonation over Tel Aviv, a large % of the West Bank Palestinian population will be exposed to a radiation fallout up to 1000 rems.

Did you really imply, destruction of this magnitude?:crazy:
And what if one of the bombs, goes off-course and lands in Mumbai? In the modern warfare, there is no dropping of the bomb by a plane, they are carried by ICBMs.

Israel is a long standing ally of US! Under Trump, Iran will be targeted for harboring dreams of making nuclear weapons

Iran will never get a N-bomb, Trump promises Israel 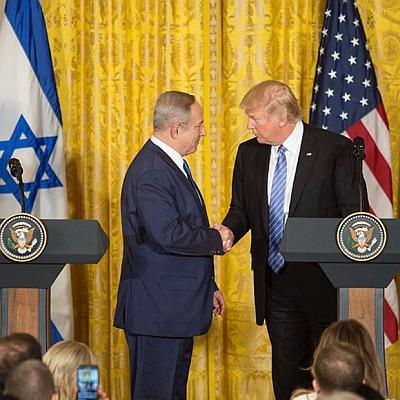 
Trump's vow was designed to address Israeli concerns over the nuclear deal between Iran and six world powers, which Netanyahu has warned expires too soon to permanently remove the threat.


"With this visit the United States, again, reaffirms our unbreakable bond with our cherished ally, Israel," Trump said.


"The security challenges faced by Israel are enormous, including the threat of Iran's nuclear ambitions, which I've talked a lot about,"
he said.

"One of the worst deals I've ever seen is the Iran deal. My administration has already imposed new sanctions on Iran, and I will do more to prevent Iran from ever developing -- I mean ever -- a nuclear weapon."

V
Iran Has Banned Its Citizens from Making Pilgrimages to Mecca