In Some Countries, Women Get Days Off for Period Pain

In Some Countries, Women Get Days Off for Period Pain 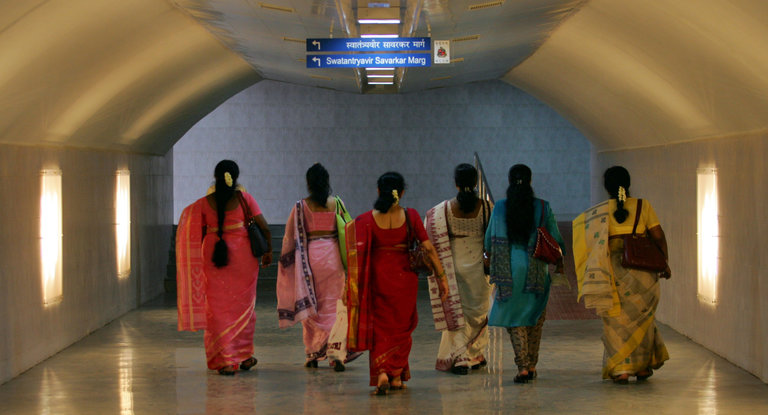 Recently Akanksha Seda got in her car at 10:30 a.m., as usual, and rode 45 minutes to her company’s office in Mumbai, India. A few hours later, she got her period and, she recalled, “the eighteen-wheeler truckload of cramps.”
Rather than popping painkillers and working through it, as she used to, Ms. Seda went to her supervisor and informed him she was taking the day off.
For many Indian women, that would be considered a bold move. Periods are a taboo subject, and discussing cramps with a man can be embarrassing for some, Ms. Seda said.
But at Culture Machine, the digital media company where she works, she was entitled to the day off. This month, the company put in place a “menstrual leave policy,” allowing women to take a paid day off during their period without dipping into sick days or vacation time.
It is one of a handful of private Indian companies to have started such policies in recent months. Menstrual leaves are recognized in few other countries, among them Japan, Taiwan, Indonesia, South Korea and Zambia.


The move has set off fierce debate, not just in India but around the world. Experts say the spread of such policies — despite their best intentions — could actually deter women’s progress in the workplace.The additional days off could be used to justify lower pay or increase hiring bias against women, critics say. Absences could push women out of decision-making roles and eliminate them from consideration for promotions.
And these policies may play into a decades-old prejudice that menstruation makes women unfit for work.
“It suggests women are uniquely handicapped in the workplace by the fact that they have periods,” said Emily Martin, vice president for workplace justice at the National Women’s Law Center.
A 2012 study found that 20 percent of women experience periods painful enough to interfere with daily activities. While it is important to acknowledge their experiences, Ms. Martin said, a menstrual leave policy does more than that: It brands every woman who menstruates as ill.
It would be better, she said, to develop an overall leave policy for men and women to take time off for a host of reasons, including chronic medical conditions.
Periods have long served as an excuse to keep girls out of school and women out of the work force, said Sharra L. Vostral, associate professor of history at Purdue and author of “Under Wraps: A History of Menstrual Hygiene Technology.”


Female air service pilots during World War II were often barred from flying if they had cramps, she said. Carla Pascoe, a research fellow at the University of Melbourne in Australia, said some women were told not to use sewing machines or read novels during their periods because they might overexert themselves.
“It’s because of this history that I’m wary of returning to an argument that all females are crippled by menstruation — which is what menstrual leave implies to me,” she said. Women with severe period pain should be given time off, she added, but it does not need to be a blanket policy.
Devleena Majumder, president of human resources at Culture Machine, said such arguments overlook the unique challenges women face.
“We are biologically different, and we need to acknowledge that,” she said. That is why maternity leave is offered more commonly than paternity leave, she added.
But there’s an important difference, said Pauline Maki, research director for the Center for Research on Women and Gender at the University of Illinois at Chicago. Having a child affects all women’s ability to work, while periods are debilitating only for some.
“Family leave policies are based on experiences that are much more universal,” she said.
Japan has offered menstrual leave policies since 1947, when a law was passed allowing any woman with painful periods, or whose job might exacerbate period pain, to take time off.
A 1986 study of the policy found that the number of women using it declined from 20 percent in 1960 to 13 percent in 1981, largely because of societal pressures that frown upon its use.
South Korea granted women menstrual leave in 2001, though the policy has since come under fire from men who see it as a form of reverse discrimination. And in Indonesia, women are entitled to two days off a month for period pain, but the policy is poorly enforced.
The Italian Parliament will soon vote on a bill introduced in March that would require companies to offer three paid days off to women with severe menstrual cramps. Here, too, some worry it will hurt women more than help.
To Ms. Seda at Culture Machine, the debate seems ridiculous. “If the world had no men, if there were only women working, nobody would have been up in arms about a ‘first day of period’ leave,” she said.

Believe me many females lie they have menses pain to get sick leave..when you examine them they are not even having menses!!

BUT..moods can change....thats why I prefer an airline pilot to be male cos during menses moods of a woman can change and one can feel agitated and nervous or even angry and impulsive.

Some high risk jobs ones can be given other duties on menstruating days.

Whatever said and done a woman should understand that she might need more leave than a male cos she has more family duties and a higher degree of commitment to well being of family hence lesser working days at work..so be fair to males and employers too and understand why males are higher paid.

As a woman I wont complain if a male is higher paid than me cos he is not going to take leave for menses pain or maternity leave or leave to tend to sick child or family matters etc.
Last edited: Jul 26, 2017
B

Renukaji, it has also been studied that excessive testosterone in a male can also have negative impact. For example, it has been found that women make better investors as they are more patient. Males often resort to aggressive trading that has negative results.

biswa said:
Renukaji, it has also been studied that excessive testosterone in a male can also have negative impact. For example, it has been found that women make better investors as they are more patient. Males often resort to aggressive trading that has negative results.
Click to expand...

So roles can be steoreotyped based on hormonal assay.

After death - For Hindus, Buddhists, Jains and Sikh in western countries.

Covering 14 Countries, This Guy Travelled From London To Udaipur Using Only Public Tr