Share:
Facebook Twitter WhatsApp Email Share Link
The original values of the Constitution of India — secularism, liberalism, and democracy.
These values may be derisively dismissed as antiquated. Those who are seen as championing these values may be weak and ineffective on the political stage today. And these values have not, even by their champions, been implemented with honesty. But they remain as crucial today in sustaining the Republic as they were when institutionalised in the Constitution. These values also work together, in the form of what can be called a package deal — and when one of those values gets undermined, the others face a threat too. It is time to reiterate their centrality to India, and champion it.

Take secularism, first. To be sure, the politics of secularism got discredited because of secularists themselves. It often got equated with an electoral and power-sharing matrix where minorities were treated as a distinct category, and their religious identity-based needs were prioritised. At the same time, it was seen as denying Hindus their identity, and prioritising caste identities within the Hindu fold. Its selective application began to be questioned, making it easier for the Right-wing to create a victimhood complex among the majority. But these flaws in its implementation do not erase the value of secularism; instead, they only underline the need for its more rigorous application.

The first was the legacy of the freedom struggle, Mahatma Gandhi’s emphasis on Hindu-Muslim unity, the nature of the Congress as an inclusive formation, and the ethical conviction that India was a land for all, irrespective of religion, and it must not become a Hindu Pakistan. The second was a more pragmatic reason. India was diverse; Hindus and Muslims co-existed in villages and towns; it was only by not having its own theocratic identity that the State could have legitimacy among all citizens; and it was only through secularism that they would continue to live in co-existence. The violence of Partition did not turn India into an ethnic ghetto; it made India realise the need for mutual co-existence. This was both a Gandhian ideal and a Nehruvian project — to artificially seek to politically divorce the Mahatma from Jawaharlal Nehru on this question is historically false.


The disturbing fate of nations governed by a religious majoritarian identity in the neighbourhood shows why secularism was — and is — the right ethical and pragmatic choice. Allowing all communities a sense of belonging — through representation, laws and symbolism — is imperative for social peace, harmony, and progress. Radicalisation on either side can only drag India to conflict and make it a lesser nation. And if the State is seen as being implicitly and explicitly the domain of only one side — in this case, the Hindus — its legitimacy will weaken. The politics of secularism was distorted — but secularism must remain a core principle for India to survive and thrive.

The fusion of liberalism and democracy constituted the other key pillar of the Constitution. India took a bold leap with the universal adult franchise. Its anti-colonial project was not nativist, but democratic in character — and the quest was to create an India which was governed on the basis of the consent and choice of Indians. Regular elections were instituted. Political transfer of power through the ballot was agreed upon. Political freedoms were made fundamental rights of citizens. Parties and candidates could go to people with their ideas and programmes, and once elected, could implement these in power. This was important to provide a strong but legitimate State, ensure coherent governance, lead to socioeconomic justice, and equip the State to battle the ills of society.

But this democratic element was fused with liberalism. The drafters were wary of the dangers of electoral democracy turning into majoritarian democracy. There were, therefore, a set of institutions which were meant to act as a check on the political executive. Fundamental rights were made sacrosanct so that individual liberty remained intact. The protection of minorities, and affirmative action aimed at the marginalised were given a special place. And the courts were entrusted to protect the fundamental constitutional fabric and individual rights in the face of any assault.


Just like secularism, neither democracy nor liberalism has been flawless in India. Its champions have undermined these values — from the imposition of the Emergency to the deliberate weakening of institutions. But because they may have been compromised does not in any way undermine their value for the present.

Electoral democracy is doing well in India. But electoral democracy works when it is accompanied with liberal institutionalism — and that is not doing too well. This liberalism protects citizens; it prevents excesses by the State; it allows minorities and those alienated to feel that there are mechanisms for peaceful redressal of grievances; and it places a premium on rule of law rather than rule by whims and populist impulses.

These original values of the Constitution work together — and have helped sustain national unity. A liberal and secular State cannot but be a democratic State, which deepens national unity. But when there is an attack on one value, the others become vulnerable. A majoritarian and illiberal State will not remain a democratic State either, and will inevitably turn authoritarian — this will, in turn, hamper national unity. If India values its democracy and unity, it must fight for secularism and liberalism. There is no first and second Republic — there is only the original Republic of India, with its progressive values. Preserve that. 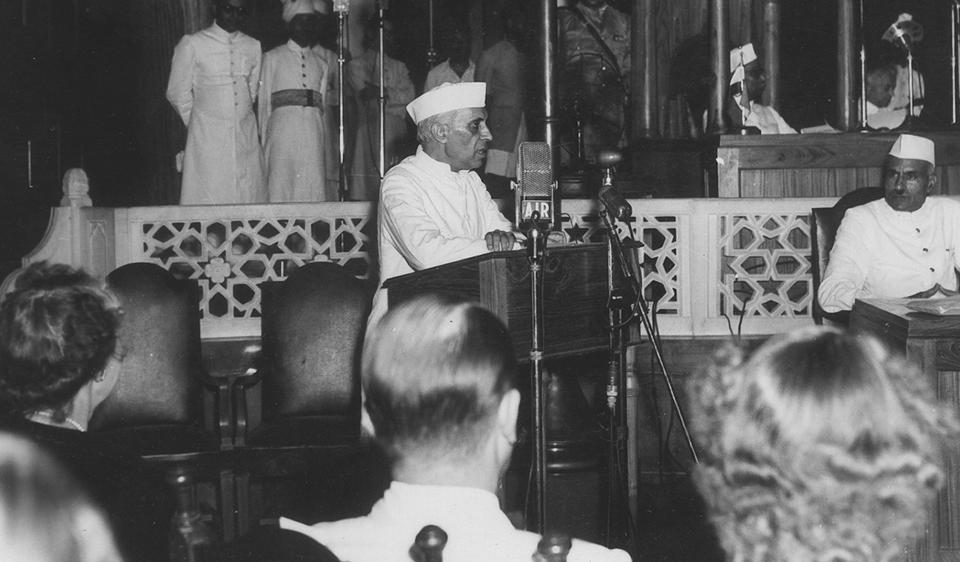 The original values of the Constitution— secularism, liberalism and democracy— work together — and have helped sustain national unity. A liberal and secular State cannot but be a democratic State, which deepens national unity. But when there is an attack on one value, the others become vulnerable.

This is a beautifully well written article by chanakya
A point worth pondering _ is hindu right wing weakening the liberal values of the founding fathers and making it a hindhu rashtra and marginalising our minorities making them feel more alienated.....