If India does #BoycottChina, its startups will lose more than just funding

Gold Member
Share:
Facebook Twitter WhatsApp Email Share Link
The phenomenal growth of India’s much-celebrated tech startup ecosystem, which is now the third-largest in the world, could be stunted if Chinese funding into the country slows in the aftermath of the military escalations on the border this week, experts believe.

“Chinese investors have been making their presence stronger in the Indian startup ecosystem since (the) last few years, which also enabled these startups to scale up successfully,” said Aurojyoti Bose, lead analyst at GlobalData. Now such companies “are in a state of uncertainty for capital raising.”

Eighteen of the 30 Indian unicorns are backed by Chinese investors, a Gateway House report (pdf) noted, adding that “China is embedded in Indian society, the economy, and the technology ecosystem that influences it.”

Besides the money, Chinese investors like Alibaba and Tencent, bring to the table their experience of scaling businesses, which is a challenge for Indian entrepreneurs as the internet economy in the country is still nascent.

They “offer practical advice to scale business mostly having done that in the Chinese market,” Joshi said. “They are aggressive in their risk-taking and can push the firm to drive scale quickly.” 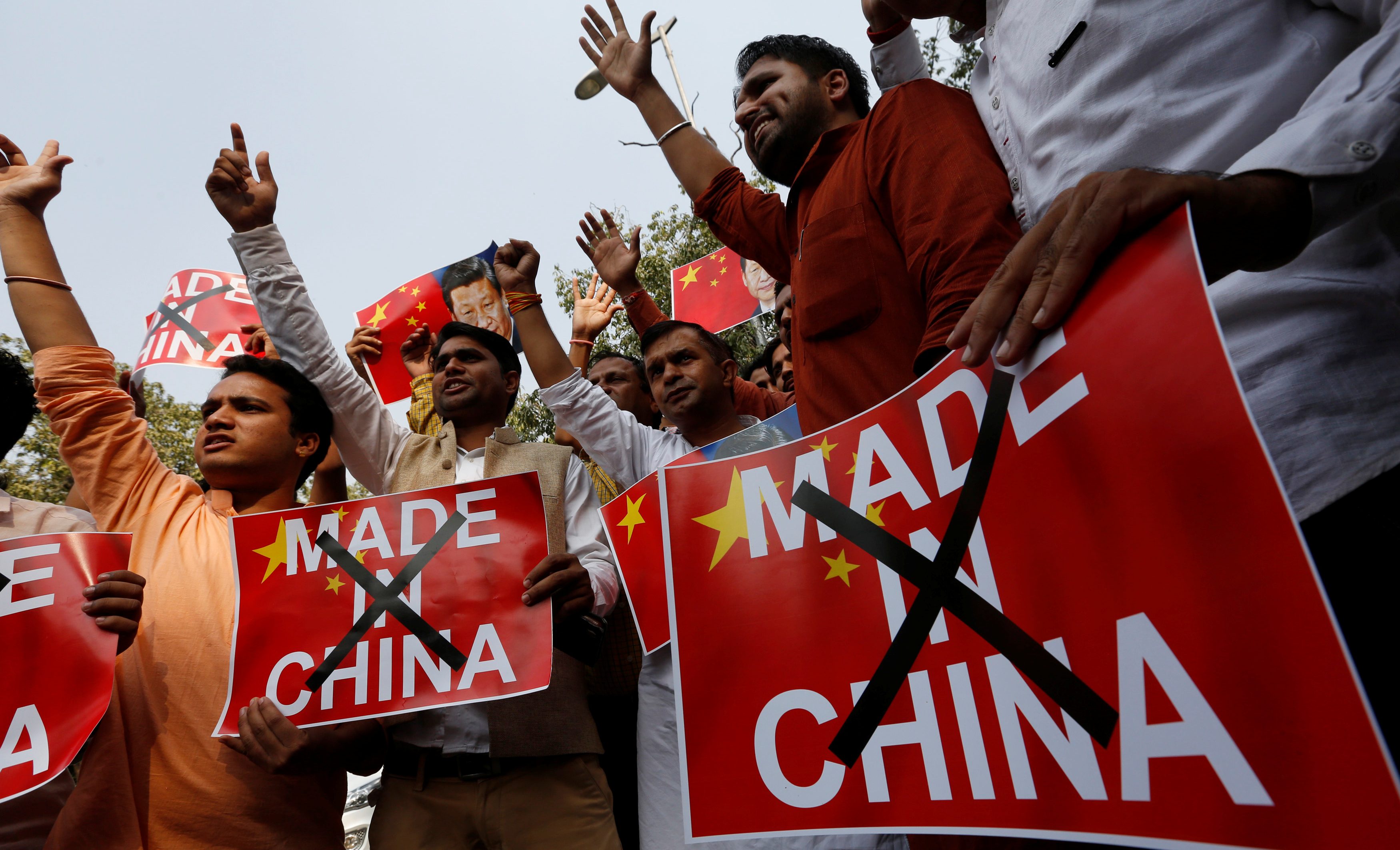 If India does #BoycottChina, its startups will lose more than just funding

Quartz India is a guide to the world’s fastest-growing major economy. We provide in-depth coverage of the country for India and its far-flung diaspora.

Modi announced his plans for the statue in 2010 when he was still chief minister of Gujarat, and its foundation was laid in 2013. During its construction, the $400 million project ran into many controversies, not least of which was how much this new landmark of Indian patriotism owes China. The bronze cladding work was contracted out by Larsen & Toubro, the engineering firm that has built the statue and surrounding complex, to Chinese foundry Jiangxi Tongqing Metal Handicrafts. 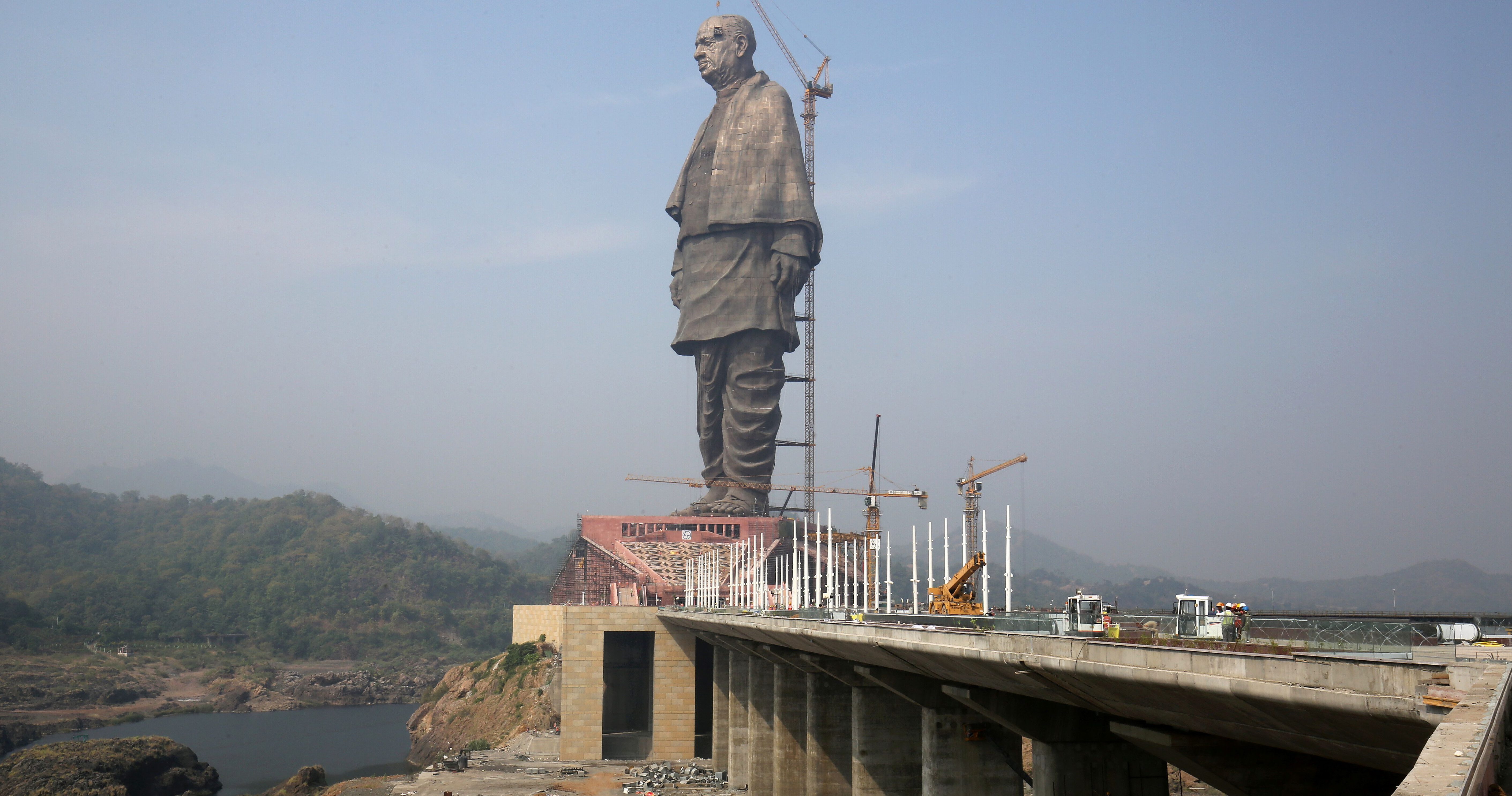 India now has the world’s tallest statue, burnished by China

India's "iron man" was bronzed by a Chinese foundry.

its not easy to boycott completely......china can make CORONA AND MEDICINE TOO...LOL
A

The answer may be perhaps no now; because as per the rules made by the World Trade Organisation, it is not possible to impose a full ban on imports from any country even if there are no diplomatic, regional, and trade relations with that country.

87% Indians ready to boycott Chinese products for next one year:survey

NEW DELHI: There seems to be considerable anger against China in the country after Chinese aggression at the LAC in Ladakh in which 20 soldiers were killed. This anger is reflected in a survey which shows that a majority of countrymen favour boycott of China-made goods following the the violent clashes between Indian and Chinese troops in in eastern Ladakh's Galwan Valley earlier this week.

India News: A majority of the population of the country favours boycott of China-made goods following the violent clashes between Indian and Chinese troops in ea

A Citizen's Guide To The Hows And Whys Of Boycotting ...

Mr.TBS Says
its not easy to boycott completely......china can make CORONA AND MEDICINE TOO...LOL
And China keeps under its thumb?
Surrender or else....
You know Pak,Ceylon,Nepal etc. are puppets in my hand. China
E

It is not possible to do that (boycott of Chinese goods) overnight but there is also a lot of needless purchase of Chinese goods. You walk into a stationery shop in Chennai and ask for files and folders - the shopkeeper first shows you items of Chinese make. I am sure the picture must be the same in other cities. Do we need to import even these basic stationery items. Someone gifted us an emergency lamp of Chinese make and it conked out in less than 2 months. Ditto for many popular LED bulbs imported from China. As to a high percentage of the salaried employees (especially those in MNCs and even those in smaller corporates), they are constantly browsing for newer and newer smartphones that are hitting the market and many of these are Chinese products. They buy a (Chinese make) smartphone today for about 30000 and after just 6 months they buy another superior model (also Chinese) for like amount after cashback of 5000 (which they describe as 'Semma Offer, Machi'). Instead of 30000 it is 3 Lac revenue to China over a period of 5 years. Multiply this by the number of Indians indulging in this extravagance (even if it's only a "pimple on their economy" - the currently popular expression) which is directly helping our enemy. I am in software development and I work about 10 hours per day and need continued net access, yet there really is no need for me to exchange my 4 year old LG phone for a newer model.

I fully agree that we cannot be emotional and breaking smartphones and TV sets of Chinese make or restaurants serving Chinese cuisine will not help. But we should and can plan to cut our dependence on China in a phased and (if possible) in a fast paced manner. Equally important, the common man should recognize China as an enemy country never to be trusted.

And after this deadly incident at the border, there is a very real danger of Chinese exporters (with the full encouragement and support of their Government) adding contaminants and other deadly infecting agents in the packing material to increase the corona problem in our country and also introduce newer epidemics. For this reason too, imports from China should be "handled with care".

Why does India have so few Covid-19 cases and deaths?

Why does Subramania Bharati mean so little to non-Tamil India?

Why does a woman’s religious identity in India still depend on who she’s married to?

Top 6 things india does best in the world

Venezuela also does what India has done a month ago, Bans own currency!!