Share:
Facebook Twitter WhatsApp Email Share Link
On Friday, April 23, my uncle, Ali Mohammed, died from COVID-19 in New Delhi’s Holy Family Hospital. A day before, the doctors had informed us that the hospital had just eight hours of oxygen left. After that, the patients on oxygen support would gradually start dying.

Last year, during the first wave, my father recovered from the virus after battling it for a month. We hoped that my uncle would see a similar recovery—but instead, multiple organ failure, followed by a heart attack, stole his last breath. Yet I would not say the coronavirus killed him. My uncle, like thousands of patients in India, died not because of the virus alone but because the government failed to provide him basic health care services such as sufficient oxygen supply, accessible lifesaving vials, proper treatment, and early vaccination.

When my uncle was alive, he was the most apolitical person I knew. Born into a large and poor family, he was a self-made man who had, with hard work, made it into the upper-middle class. He had managed to buy a flat in New Delhi, where he lived. However, like many Kashmiris, he had never voted for any mainstream political party in any election. If he were asked his opinion on the government, he would reply in lazy monosyllables.

His mantra was that as long as you were doing the right thing, it didn’t matter who was ruling the country. If he still lived, perhaps the current situation would have changed his mind, as it is doing for many others. As the mask comes off Prime Minister Narendra Modi, Indians are witnessing an egocentric demagogue leading the country into an apocalyptic inferno.

Last March, when the coronavirus made its way to India, Modi boasted that just as the Hindu mythological war, the Mahabharata, was won in 18 days, it would take him only 21 days to shove the virus away from India. After he announced a stringent lockdown, with only four hours’ notice, millions of migrant workers were stranded in urban metropolis areas. With roads bereft of any transport, their only option was to walk back home to their villages. It became, as the Bloomberg columnist Pankaj Mishra described it, “the biggest and most desperate internal migration witnessed in India since 1947.”


The toll of economic suffering wasn’t enough. Today, India is the epicenter of the pandemic. People are dying on the roads, forests are being cut down for firewood to make up for overstressed crematoriums, and every day India is witnessing hundreds of thousands of cases. Experts have stated that the official death count is a “complete massacre of data,” with the true number of deaths possibly two to five times greater. In an interview with the Wire, Murad Banaji, a mathematician at London’s Middlesex University, estimates that coronavirus-related deaths have already crossed the 1 million mark in India. The Lancet in its editorial lambasted Modi’s malign incompetence toward the people he rules over, stating that rather than devising ways to control the situation, he seems more occupied with “removing criticism on Twitter.” By mid-March, cases were rising at an alarming rate. Scientists cautioned that a second wave was imminent. India’s rich flew to safer areas like Dubai, the Maldives, and Sri Lanka. The poor were left at the mercy of the government, which was wildly overconfident due to a faux belief that India had now become immune to the coronavirus.

Instead of acting, Modi allowed the Kumbh Mela, a massive Hindu religious festival during which millions of pilgrims congregate in the northern city of Haridwar to take a dip in the Ganges, to proceed. When the chief minister of Uttarakhand state, Trivendra Singh Rawat, protested that the coronavirus rules should be followed, he was fired overnight and replaced with a new chief minister, who publicly announced: “Maa Ganga’s [the goddess of the Ganges] blessings are there in the flow. So there should be no corona.”

A senior leader in Modi’s Bharatiya Janata Party (BJP) told the Caravan magazine that the “Kumbh was allowed to happen because the Uttar Pradesh polls are in the next eight months. … It made no sense to annoy a friendly ally just a year before elections.” That friendly ally is the chief minister of Uttar Pradesh, Yogi Adityanath. In early May, he set up health centers and 700 helplines throughout the state to monitor health during the crisis. Not for people though. For cows, which are sacred to Hindus.

According to the Kumbh Mela force, a government body, a total of 9.1 million pilgrims visited Haridwar for the Kumbh Mela between Jan. 14 and April 27. Around 3.5 million people took a dip in the Ganges in a single day on April 12, just as the second wave in India took hold. Ashish Jha, the dean of Brown University’s School of Public Health, called it “the biggest super spreader event in the history of this pandemic.” 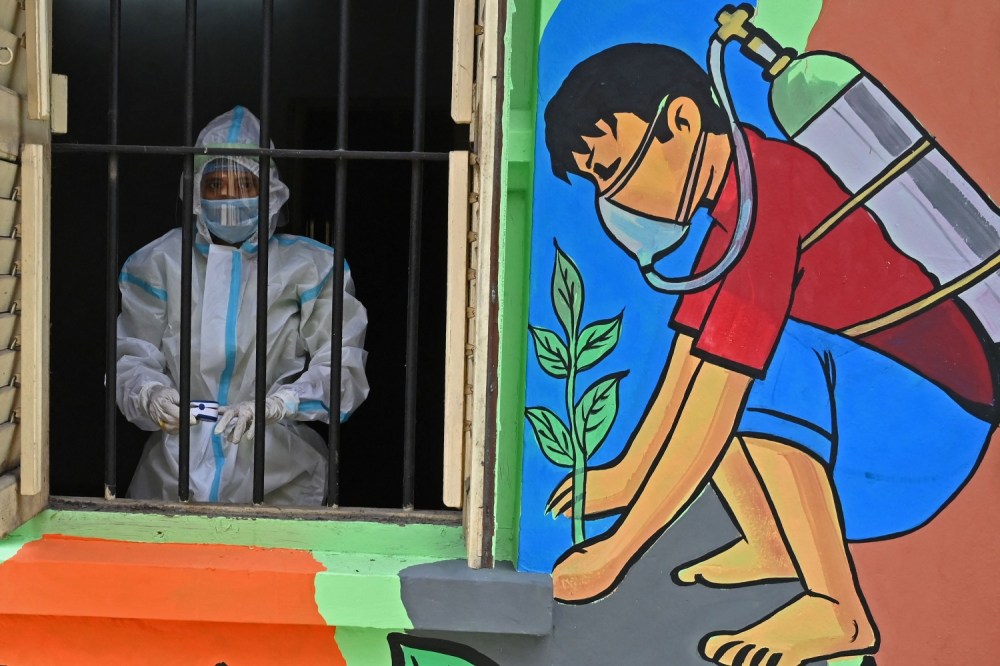 How My Uncle Became One of Modi’s Coronavirus Victims

The Indian prime minister’s deadly blundering has sown the seeds of his own fall.

prasad1 said:
According to the Kumbh Mela force, a government body, a total of 9.1 million pilgrims visited Haridwar for the Kumbh Mela between Jan. 14 and April 27. Around 3.5 million people took a dip in the Ganges in a single day on April 12, just as the second wave in India took hold. Ashish Jha, the dean of Brown University’s School of Public Health, called it “the biggest super spreader event in the history of this pandemic.”
Click to expand...

Common sense should tell us that someone who is abetting the spread of disease among Hindus on a very large scale cannot be seen as a guardian/ champion of Hindu welfare.
E

prasad1 said:
Experts have stated that the official death count is a “complete massacre of data,” with the true number of deaths possibly two to five times greater.
Click to expand...

This is not just possible but highly probable. Everyday, we are being fed a state wise count. Considering that the centre aggregates the figures submitted by the states, the state governments are also responsible.

G
What are the expectations from uncle's family during puberty function?

Uncle Sam is watching you

2017: When outrage became our national past-time