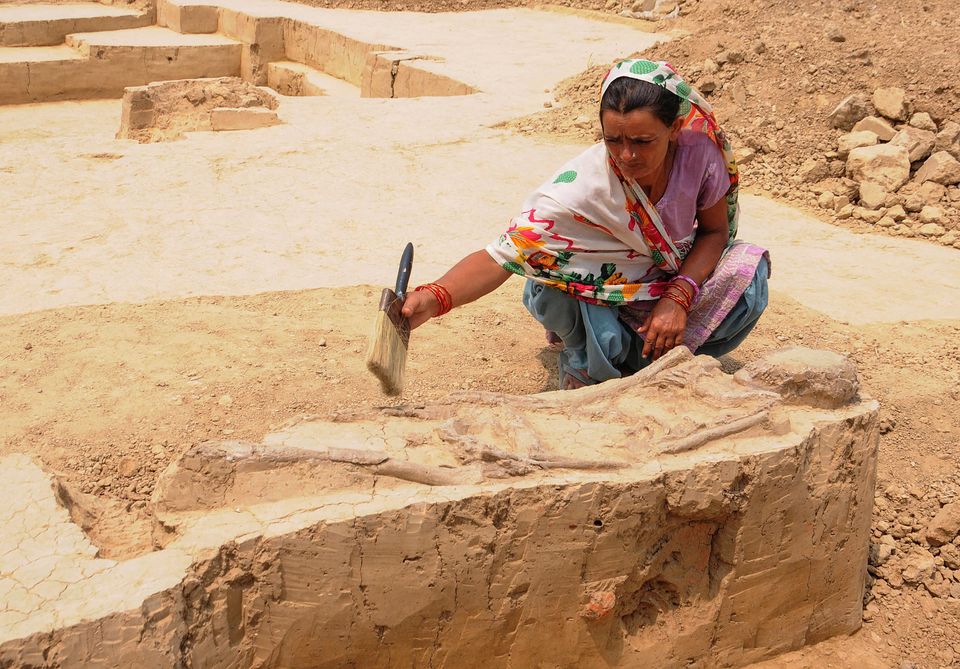 - VIA GETTY IMAGESA woman cleans the remains of a burial belonging to Indus Valley civilisation during an archeological excavation at Sanauli site in Baghpat on June 4, 2018.

In a few months from now, Indians will be able channel their inner Indiana Jones, the saviour of antiquities. All they will need is a computer, a phone, and the internet to take a stab at identifying archeological heritage, hunting for buried treasure, and preventing the looting of artifacts.

The GlobalXplorer program, conceived by egyptologist Sarah Parcak, and backed by Tata Trusts, the philanthropic arm of the Tata Group, will give Indians access to satellite images and tutor them in the ways of becoming space or satellite archaeologists.

India happens to be the worst victim of antiquities smuggling in the world. The sculptures of Hindu gods are one of the most smuggled commodities.

GlobalXplorer in India, Anica Mann, an art historian and archeologist, who is in charge of the program, told HuffPost India, is mostly about getting everyone involved in preventing smugglers from looting India’s heritage. 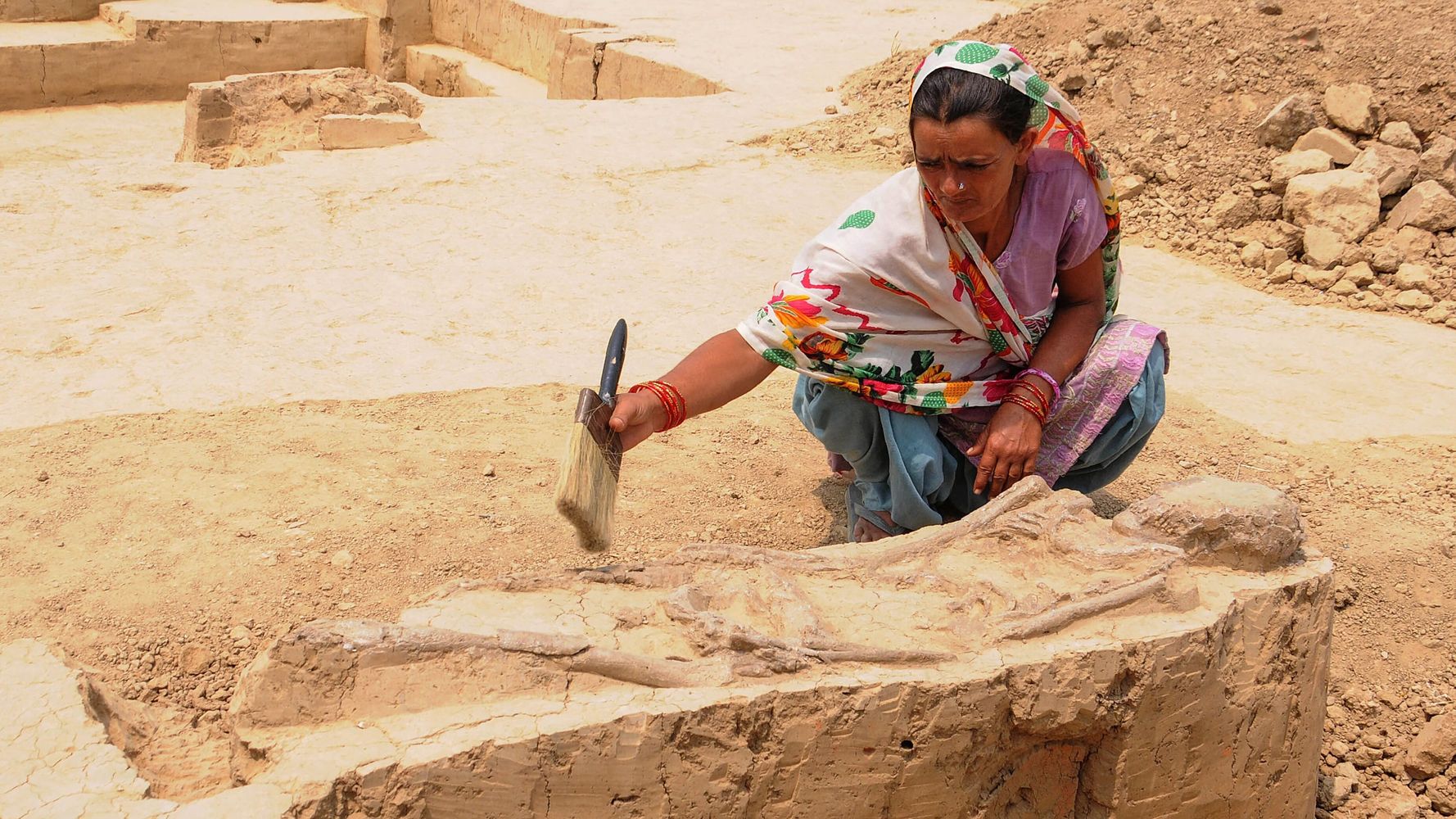 Indians can take a stab at identifying archeological heritage, hunting for buried treasure, and preventing the looting of artifacts.

.Giving money is easy because it is a simple transaction. But doing physical Seva is not.”