Share:
Facebook Twitter WhatsApp Email Share Link
Putting a curse on people and on ancient gods is a human heritage that straddled civilisations and underpinned their mythologies. This unreason has somehow survived in 21st-century India to be propagated by tantrics often with official patronage on TV — not very different from voodoo-practising witch doctors holding sway in swathes of Africa.

Saffron-robed Pragya Thakur says she killed Hemant Karkare with her curse because the late policeman tortured her for alleged terrorism. There are two ways this could have come about. First, the official version of how the head of Mumbai’s anti-terrorist squad was laid low on the fateful night of the terror attack on the city in 2008. Ajmal Kasab shot the heroic officer from close range for which he was hanged.


In other words, Thakur’s angry hex on Karkare induced the young terrorist to travel by sea and, like a heat-seeking missile colliding with its target, he was guided by a force beyond his knowledge to fulfil the mandate of a distant curse.

The other view, albeit discussed mostly in whispers, is the claim by the former inspector general of Maharashtra police S.M. Mushrif. He has questioned the official narrative in his book, Who Killed Karkare? Mushrif suggested instead that powerful enemies, led by fans of Nathuram Godse, lured Karkare into an ambush since he was investigating their communally inspired acts of terror. They used the cover of the carnage and contrived a parallel plot to get rid of Karkare in the chaos.

In either case, Thakur’s curse would seem to have homed in on its target, promptly and accurately. It is another matter that the veracity of Thakur’s belief would not hold before India’s constitutional mandate, which nudges citizens to “develop the scientific temper, humanism and the spirit of inquiry and reform”.

It is not whether hexes and curses work, it is what a growing number of Indians expect them to do that should worry a country struggling with sub-Saharan human development indicators, including 37 per cent of the world’s illiteracy. 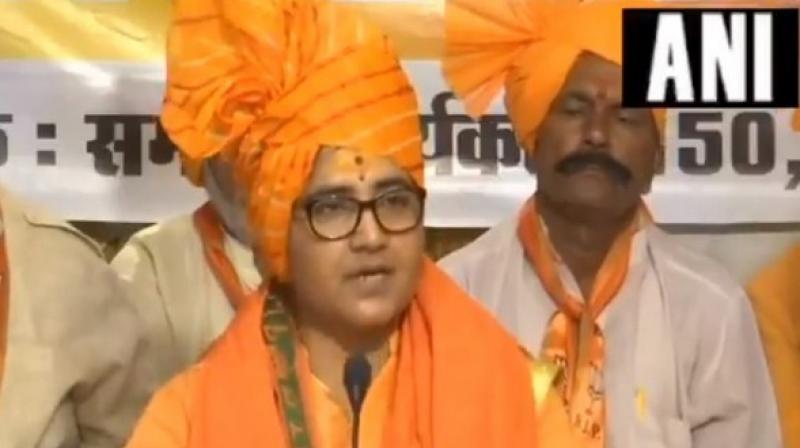 Saffron-robed Pragya Thakur says she killed Hemant Karkare with her curse because the late policeman tortured her for alleged terrorism.

One should not be prejudiced by one's own beliefs. I think there is enough room in reality for parallel belief systems to work simultaneously. Just as each has his own way of working around a problem, each group or nation has its way of thinking. India's belief system has served it well over past several millenia.

A curse working may not be acceptable in world of scientists but it does in the world of many.

Moment of truth will happen when there is a clash between a missile and a curse.

Why does India still use and trade asbestos?

What does progress mean to you?

Money and smartness. Does nothing else matter?