Additional sessions Judge Dharmender Rana granted bail to Disha Ravi in the 'toolkit' case on Tuesday. Arrested from her residence in Bengaluru by Delhi Police, 22-year-old environmental activist Disha Ravi has been in jail since February 13.

Disha Ravi was released from prison on Tuesday evening, the Director-General of Tihar jail confirmed.
In his order granting bail to Disha Ravi, Judge Dharmender Rana wrote, "The perusal of the said 'Toolkit' reveals that any call for any kind of violence is conspicuously absent."

The court order said that the ASG "fairly conceded" that there is no direct evidence establishing the link between Disha Ravi and the January 26 violence.

"In my considered opinion, Citizens are conscience keepers of government in any democratic nation. They cannot be put behind bars simply because they choose to disagree with the state policies. The offense of sedition cannot be invoked to minister to the wounded vanity of the governments," the court order said.

The order granting Disha Ravi bail went on to add, "Difference of opinion, disagreement, divergence, dissent, or for that matter, even disapprobation, is recognized legitimate tools to infuse objectivity in state policies. An aware and assertive citizenry, in contradistinction with an indifferent or docile citizenry, is indisputably a sign of a healthy and vibrant democracy."

"This 5,000 years old civilization of ours has never been averse to ideas from varied quarters. The following couplet in Rig Veda embodies our cultural ethos expressing our respect for divergent opinions- Let noble thoughts come to me from all directions," Additional sessions Judge Dharmender Rana opined. 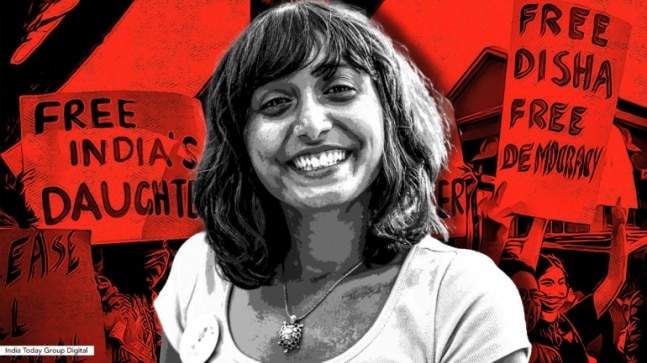 “Citizens are conscience keepers of government in any democratic nation,” said the bail order concerning activist Disha Ravi, arrested in the 'toolkit' case by Delhi Police.

K
Tamil Nadu: Paying your domestic help less may land you in jail

Send your child to school or be locked up in jail with no food, water: UP minister