Share:
Facebook Twitter WhatsApp Email Share Link
[h=1]Buffett-Funded NoVo Foundation Says It Will Invest $90 Million In Young Women Of Color[/h]
The NoVo Foundation, started by Warren Buffett’s son Peter and daughter-in-law Jennifer Buffett in 2006, announced Wednesday that it will be investing $90 million over seven years to fight the structural inequalities facing young women of color all over the United States.
“Inherently, girls and young women of color already hold incredible power and potential. This work is about dismantling the barriers that prevent them from realizing that potential and leading us toward a truly transformative movement for change,” Jennifer Buffett, co-president of the NoVo Foundation, said in a statement.
The $90 million investment–which the foundation claims is the largest commitment of its kind made by a private foundation to date–will be used for both policy efforts on a national level and grassroots advocacy. The foundation will be speaking with young women of color and advocates around the country over the next year through regional learning sessions to help decide how best to invest the funds and will announce the funding process in early 2017.
“This announcement is made possible because of decades long leadership and activism by women of color,” NoVo’s Executive Director Pamela Shifman told FORBES. “This is a breakthrough moment, and we want to make sure it translates into lasting and meaningful change.” 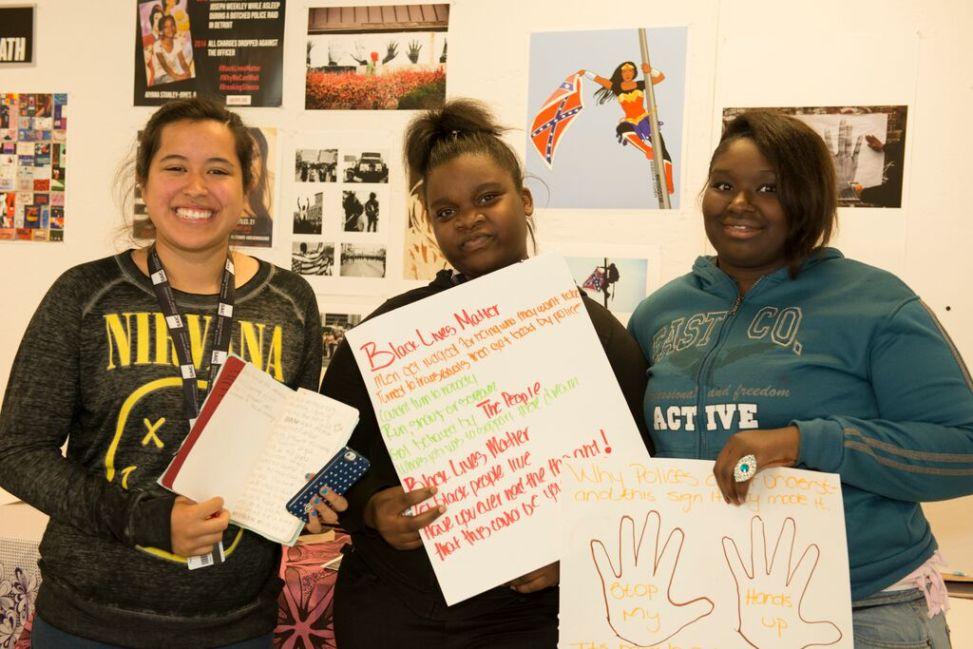 A Long Walk Home, a Chicago-based non-profit that uses art to educate young people, is one of the NoVo Foundation’s grantees. (Image credit: A Long Walk Home)

This investment builds on work NoVo has been doing since its inception to support young women around the world. For the past 10 years, the foundation has worked with girls and young women in the Southern Hemisphere in partnership with the Nike NKE +3.84% Foundation and others. Through $120 million in grants, NoVo says it has reached half a million girls in 80 nations. In the United States, the foundation started working with young women of color in the past four years and announced its initial strategy in 2014. This $90 million investment will further those efforts.


“It was clear from the beginning that we needed to focus on adolescent girls,” Shifman said. “Today’s announcement is a deepening of that work across the United States.”
NoVo got its start in 2006 when billionaire investor and philanthropist Warren Buffet pledged to donate 350,000 shares of Berkshire Hathaway BRK.B +% stock (then worth $1 billion) over time to the foundation. Buffett then doubled his initial pledge in 2012. Each year he gives a portion of the Berkshire Hathaway shares to the NoVo Foundation. “Focus the new funds and your energy on a relatively few activities in which NoVo can make an important difference,” Warren Buffett wrote in his initial pledge letter to his son, Peter. “Pay attention to your home community but favor a broader view.”
Other efforts by the NoVo Foundation include fighting human trafficking and the sexual abuse of girls and women. Peter Buffett, a musician, has written songs about these issues to raise awareness. In 2013, he performed one of the songs, accompanied by video images, at the Global Philanthropy Forum conference in the Bay Area. Peter Buffett is the youngest of Warren Buffett’s three children.

V
Bill Gates, Warren Buffett And Oprah All Use The 5-Hour Rule