Biden will stay the course with India

Share:
Facebook Twitter WhatsApp Email Share Link
So many major issues appear to be at stake in this November’s elections in the United States (US) — the recovery from Covid-19, race relations, unemployment, US-China competition, the composition of the Supreme Court — that Washington’s largely cooperative relations with India should normally be but an afterthought. But that did not prevent the Democratic presidential candidate Joe Biden, his running mate Kamala Harris, and several senior campaign advisers from participating in a virtual event on August 15 dedicated to India and Indian-Americans. While similar events had been held for other countries and constituencies, the content of the speeches and profile of the speakers were significant. The message was essentially two-fold: First, a Biden administration would look to preserve and further deepen the relationship with India and, second, that it would be particularly inclusive of Indian-Americans.

Although Biden is a veteran of the American foreign policy establishment, there had been questions about his campaign’s approach towards India amid competing priorities. In his August 15 address, Biden described the relationship with India as a “special bond” and recalled his role in securing the passage of the India-US civil nuclear agreement as a senior member of the Senate Foreign Relations Committee. He pledged to continue “standing with India in confronting the threats it faces in its own region and along its border,” while also working with India to expand trade, tackle global challenges such as the climate crisis, and strengthen democracy. In his words, he hoped for an “honest conversation about all issues as close friends”.

Biden’s top foreign policy adviser Tony Blinken similarly highlighted the Obama-Biden administration’s “significant progress in strengthening relations between our countries,” including the Defence Technology and Trade Initiative (DTTI), the Major Defense Partner status for India to be treated on a par with close allies, and cooperation on the Paris Climate Agreement. “There’s probably no common global challenge we can solve without India,” he argued. By contrast, Blinken said, Trump’s approach to India has been “basically full of photo-ops and short on actual real demonstrable progress.”

The broad theme of building a more cooperative partnership with India is consistent with statements that Biden and his advisers have made elsewhere. For example, in an article in Foreign Affairs published in March, Biden effectively promised to build upon Trump’s approach to the Indo-Pacific. He argued that the US needed to work with democratic friends beyond North America and Europe, including Australia, Japan, South Korea, India, and Indonesia, “to advance shared values in a region that will determine the United States’ future.” In his policy platform — articulated in a document called “Joe Biden’s Agenda for the Indian American Community” — Biden pledged to “work with India to support a rules-based and stable Indo-Pacific region in which no country, including China, is able to threaten its neighbors with impunity.” 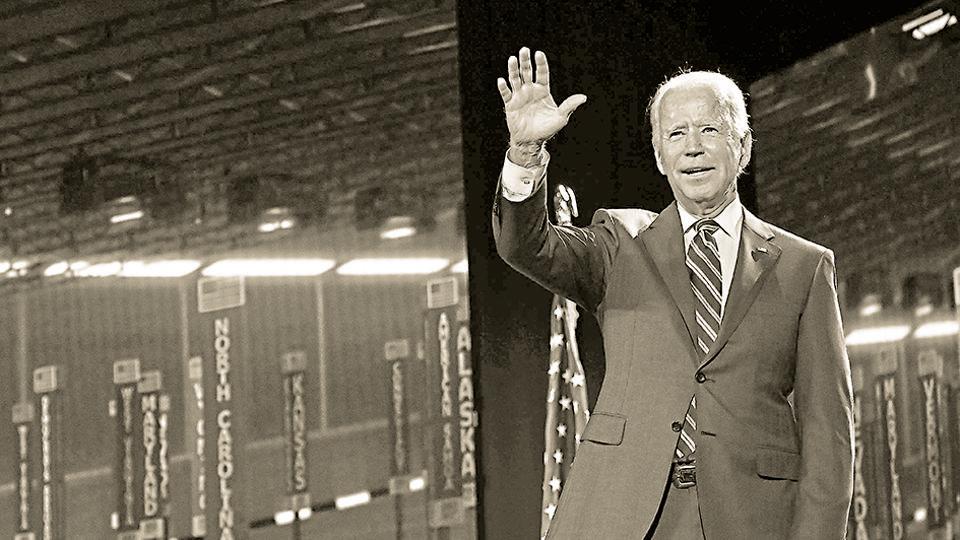 Biden will stay the course with India

He will deepen the partnership. Domestic Indian issues are unlikely to derail bilateral ties

India has got used to Trump .
Now Biden Harris team might again reach out to pakistan and try counter balancing as a check on india.
Again they encouraged and built up thecTaliban to counter Russian influence in Afganisthan .until osama attack on US.
India would be wary of both republicans and democrats.but think that Trump is the lesser evil
I

krish44 said:
India has got used to Trump .
Now Biden Harris team might again reach out to pakistan and try counter balancing as a check on india.
Again they encouraged and built up thecTaliban to counter Russian influence in Afganisthan .until osama attack on US.
India would be wary of both republicans and democrats.but think that Trump is the lesser evil
Click to expand...

Most likely that India will be the target if Biden and Harris carry out even half of their agenda on 370, CAA, S-400 purchase, etc etc in addition to cozying up to Pakistan and other Islamic nations. India will be thrown under the bus since Biden will want to 'normalize' relations with China as well.

After initial euphoria, Indian social media is now souring on the Democrats and some even refer to the candidates as the Jihadi Joe - Come Allah Harris ticket.

Nevertheless, we must remember this is a US election and the US must do what is best for them and Biden is certainly ahead as of now.
E

Iyest said:
Most likely that India will be the target if Biden and Harris carry out even half of their agenda on 370, CAA, S-400 purchase, etc etc in addition to cozying up to Pakistan and other Islamic nations. India will be thrown under the bus since Biden will want to 'normalize' relations with China as well.
Click to expand...

Possibly you have already seen this page else see the complete post:
We are all Hamas

The following is from the above post:
This narrative of a shared struggle has spread rapidly, now being parroted by high-ranking government officials, Islamist movement leaders, and senior terrorist group officials. A webinar last month by the Palestine Foundation Pakistan featured multiple Pakistani politicians, leaders of Jamaat-e-Islami, West Asian journalists, and most notably, officials from multiple West Asian terrorist organisations and sponsors thereof.

I hope our diplomats and expert advisors would be able to use this to our advantage. Pakistan is allying with international terrorist organisations. Will the democratic party (if elected) proceed with their plan to opt for Pakistan as their representative to increase their influence in Kashmir (as stated by Kamala Harris)?

The 2020 election has been partly defined by what much of Washington sees as a kind of new Cold War. And as Biden faces fierce campaign attacks from President Donald Trump, his language on China points to a drastic shift in thinking. Joe Biden’s 20-year road from wary optimism to condemnation is emblematic of the arc of US-China relations, which have deteriorated to an unstable and potentially explosive state.
www.moneycontrol.com

Indian-Americans Have Powered Economic Growth Of US: Joe Biden

Indian Americans, with their hard work and entrepreneurship, have powered the economic growth of the United States and helped forge cultural dynamism in the country, Democratic presidential candidate and former vice president Joe Biden said on Tuesday.

The number of Indians in Biden-Harris Administration

Allies prepare for quick US U-turn as Biden shifts priorities