A Brief History Of India In 15 Currency Note

In the 19th century, the British introduced paper money into the subcontinent. The Paper Currency Act of 1861 gave the Government the monopoly of note issue throughout the vast expanse of British India, which was a considerable task. Eventually, the management of paper currency was entrusted to the Mint Masters, the Accountant Generals and the Controller of Currency. 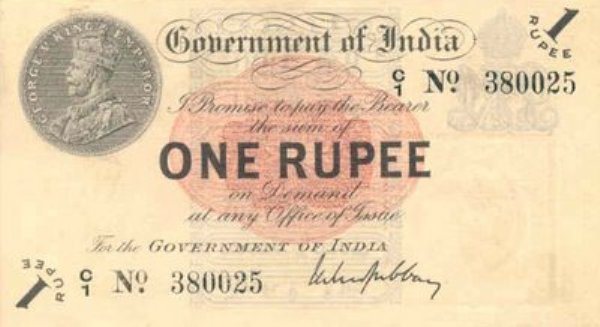 
The Reserve Bank of India was formally inaugurated on Monday, April 1, 1935, with its Central Office in Calcutta. Section 22 of the RBI Act, 1934, empowered it to continue issuing Government of India notes until its own notes were ready for issue. The bank issued the first five rupee note bearing the portrait of George VI in 1938. This was followed by Rs. 10 in February, Rs 100 in March and Rs 1,000 and Rs 10,000 in June 1938. The first Reserve Bank issues were signed by the second Governor, Sir James Taylor. 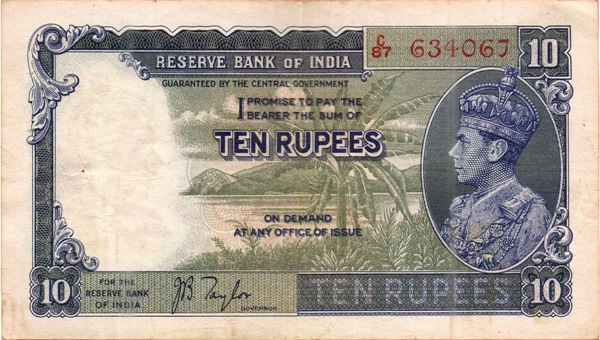 
In August 1940, the one-rupee note was reintroduced as a wartime measure, as a government note with the status of a rupee coin. During the war, the Japanese produced high-quality forgeries of the Indian currency. This necessitated a change in the watermark. The profile portrait of George VI was changed to his full frontal portrait. The security thread was introduced for the first time in India. The George VI series continued till 1947, and thereafter was a frozen series till 1950, when post-independence notes were issued. 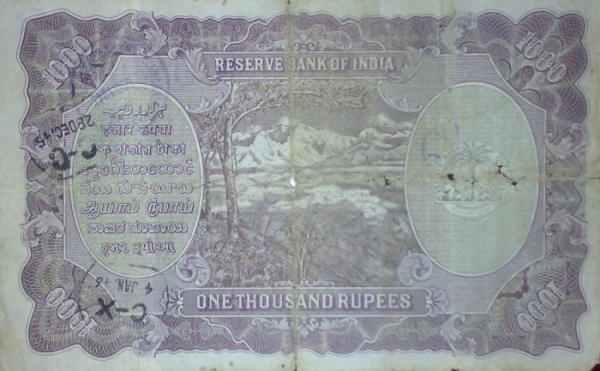 The territory of Goa in western India was seized in 1510. The Portuguese enjoyed a monopoly of trade with India for more than a century till the arrival of the Dutch and the English. They, however, retained the territories of Goa, Daman and Diu till 1961. The first Indo-Portuguese issues of paper currency were the 'Rupia' denominated notes put into circulation around 1883. 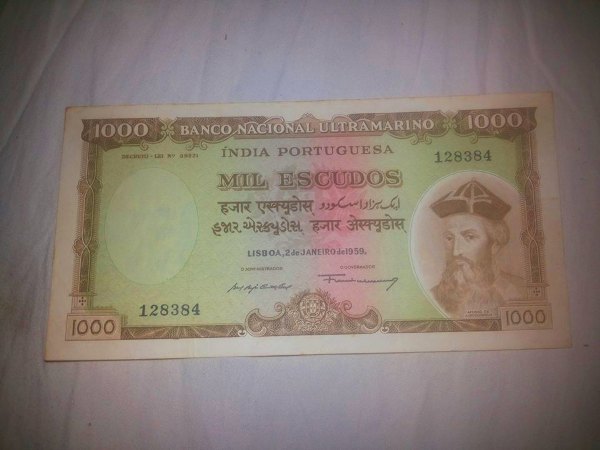 These notes incorporated the portrait of the King of Portugal. These were issued in denominations of 5,10,20,50,100 and 500. In 1906, 'Banco Nacional Ultramarino' was entrusted with the responsibility of issue of paper money in India for the Portuguese held territories. The early notes issued by the bank carried the seal of the bank. Most issues carried the Commerce and Sailing Ships motifs common to many colonial issues. Indian symbols and motifs (architectural and exotic fauna) were adopted on some notes. 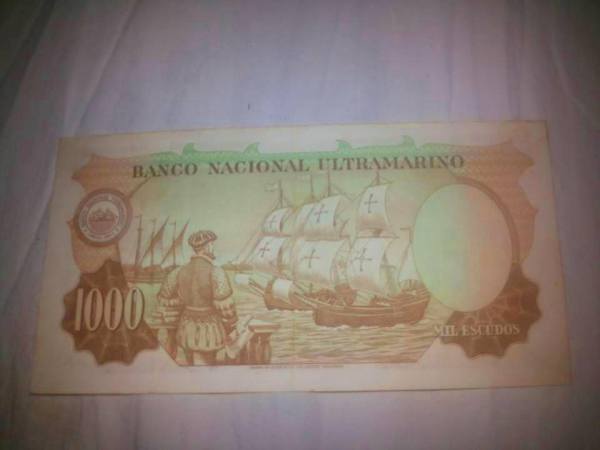 
Notes of 1 Roupie were issued after World War I. Notes of 5 Roupies were introduced in 1937. The new design of 50 Roupies issued simultaneously shows Mousieur Dupleix, the founder of the French Empire in India.

Hyderabad was the only state which had a paper currency since 1916, and was widely circulated till 1952. The notes were printed till 1939 and dated in "Fasli" years, an era which was current in the Deccan, associated closely with the Hijri era. The notes were printed entirely in Urdu and other languages which were current in the state, like Kannada, Telugu and Marathi. 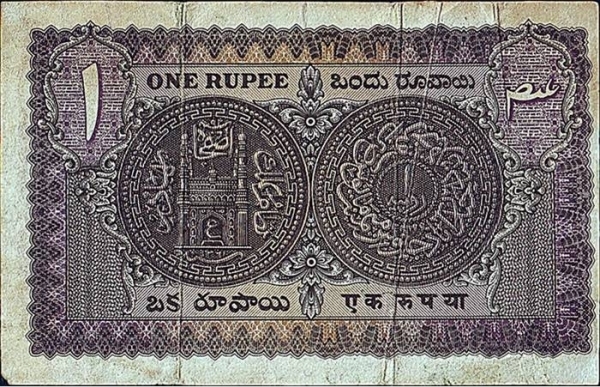 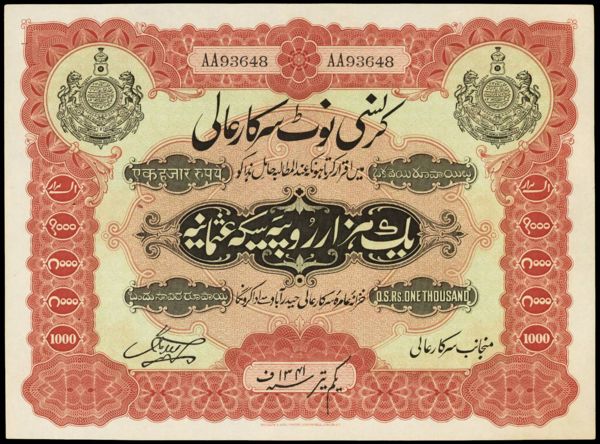 Burma (Myanmar) was using the Indian rupee under British rule until the Japanese invaded the country. The puppet Burmese government started using Indian rupee notes that were issued by the Imperial Government of Japan. Denominations of 1/4, 1/2, 1, 5 and 10 rupees were minted. 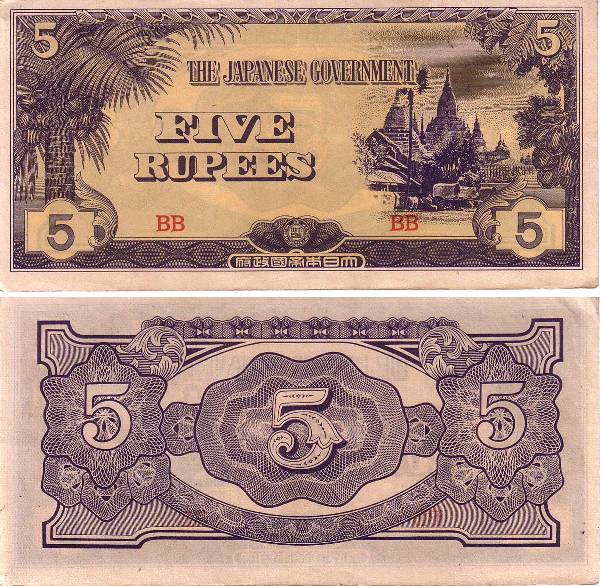 A Brief History Of India In 15 Currency Notes

Veda as brief history of time